You'll return to your Bunker to reach this mission, so just use fast travel if you like. Then accept the mission.


Once you enter the bunker area, you'll ride down to where Clara is waiting. Start toward her and a cutscene follows. When you are in control again, head forward to the computer and use it.


You'll see a woman in a cell, and some men outside it. You need to get through this area by riding the cameras. There's one directly ahead of you, so start with that one and then look to the security router directly ahead. You can "Intrude" it for a simple hacking puzzle. 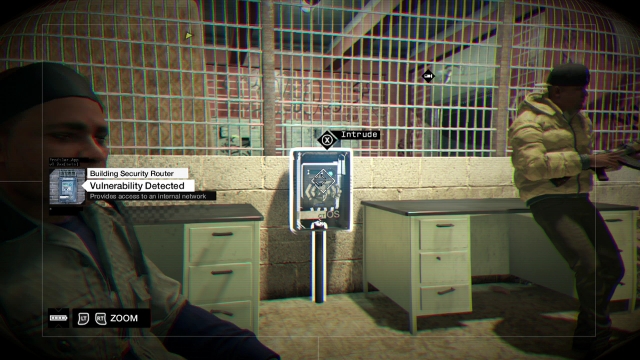 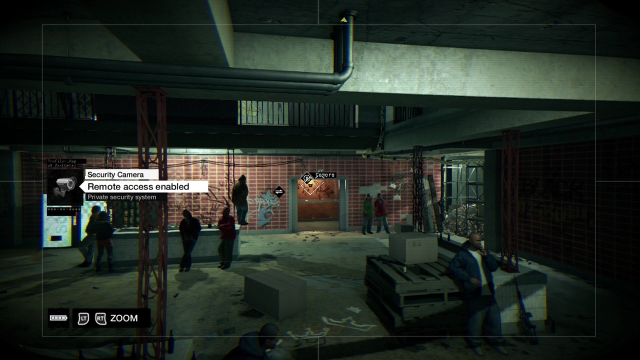 When the intrusion has concluded successfully, you'll next see another grim scene. To the left, there's an Audio File you can intercept. Ahead, there's an elevator and two guys standing next to it. Hack one of the guys to see if you can get a song, and hack the elevator. Wait for the doors to open. Once they do, hack the camera inside the elevator. 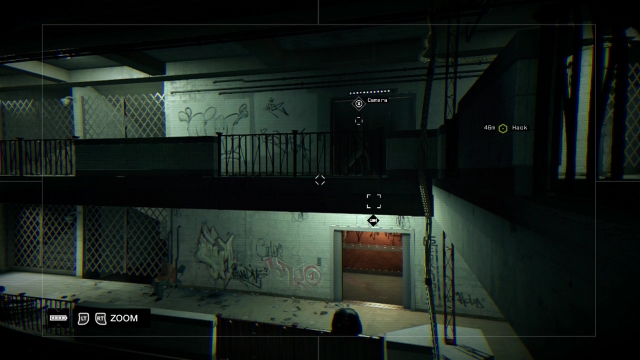 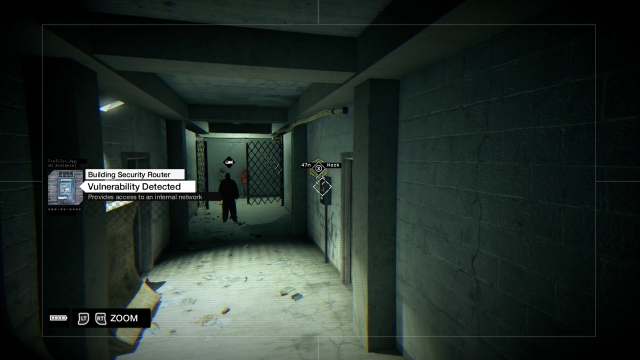 While occupying the camera inside the elevator, look left and hack the elevator panel. Once you arrive on the lower floor, there's a camera directly ahead. Travel to that next. You're now looking over some railed balconies that head down a fair few levels. 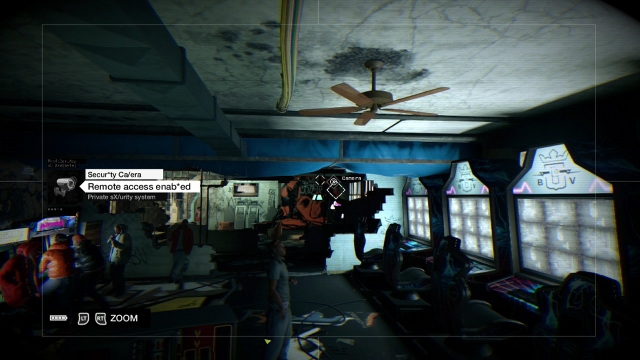 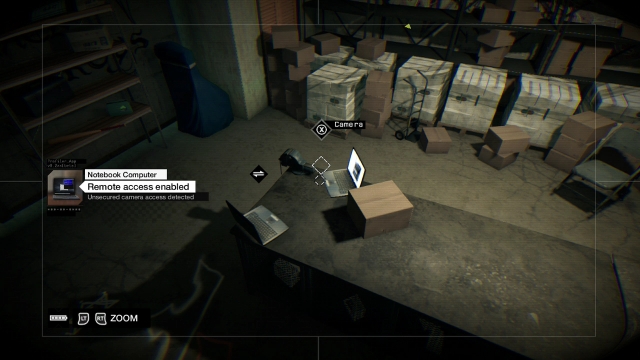 You're at the edge of an arcade. Several people are huddled around a FarCry: Blood Dragon arcade cabinet to the left. Ahead, there's another camera. Travel forward to that camera.

Directly ahead, you should now see a notebook computer. Hack it for an interesting note, then look to its left and note another camera. Ride to that camera. Now you'll see a man repairing an ATM machine. Look at the ceiling overhead to find a camera. Ride to it next.

From that camera, look right to find an Audio Log you can listen to, while to the left a couple get busy against a stack of boxes. There are laptops on the table below you, including one that points out a doorway and another that does not. Scan the latter first, for another message. Then scan the other one that faces the doorway. Look out the doorway to find another camera. Ride to that one also. 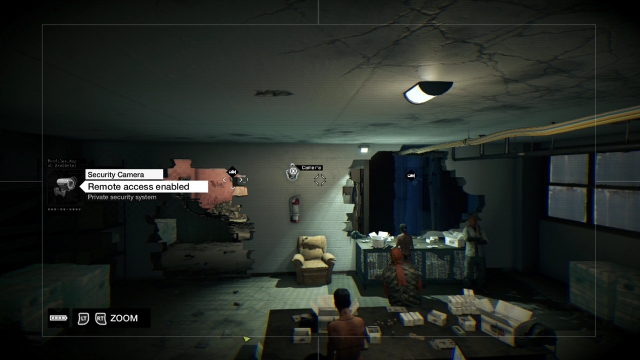 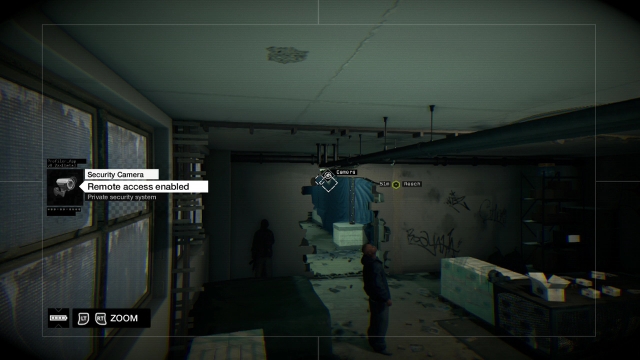 Ride two more cameras down that hallway. Now you'll be looking at another security router, on the opposite wall. Hack it by way of another mini-game and then you'll arrive in a solid blue corridor. Look left to see into a room. There's another Audio Log here, so don't miss it.

When you're done with the log, warp to the camera overhead. Now you're on a wall looking as people make drugs. There's a camera on the wall straight ahead. Warp there, then look left and warp to that camera to hear a man raging at an empty room. Look left through the next opening, at some blue tarp. There is another camera, so warp over to it. 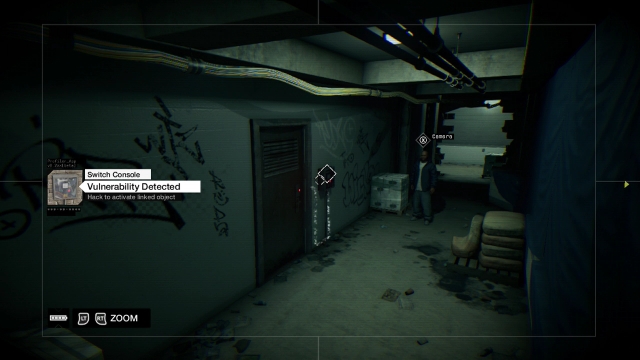 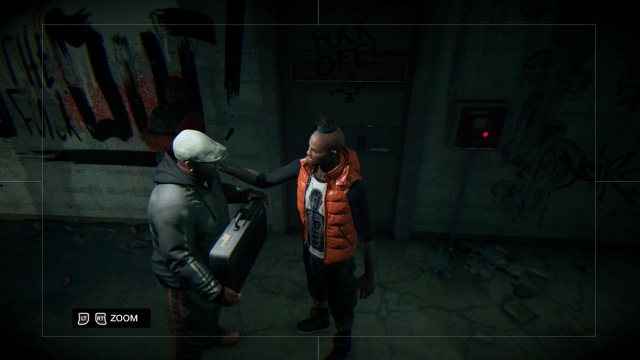 At this point, you should find yourself looking at a switch console. A man patrols this hallway, and he carries a camera. Warp over to that camera and let him travel into another room. There, hack into the camera on the right wall. It looks down at a camera in a notebook computer. Warp to that one. Then warp through the opening, then left to another camera, then watch a cutscene that follows. Mission complete!

NEXT: Act II: Not a Job for Tyrone