After you complete "A Blank Spot There-ish," this mission isn't immediately available. Instead, the next campaign point on the map shows a ctOS control center that you must infiltrate, in The Wards. 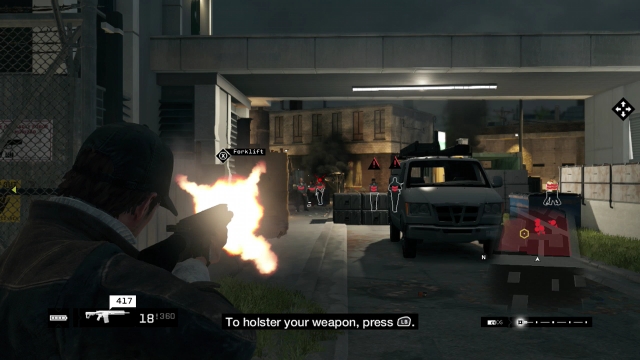 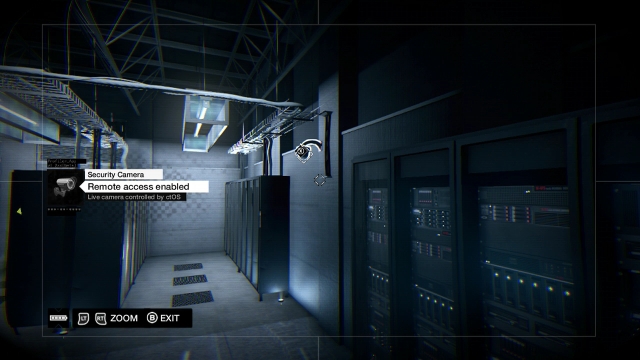 By this stage in the game, hacking control centers should be a fairly routine process, and an extensive outline of the approach to take is unnecessary. Just use the same general strategies as always: find a camera near the gate and from there hop around cameras until you find the access key you need, then gun your way to the actual control center once you have made the path of approach as painless as possible. If you have the ability, you can make things easier on yourself by jamming any phones that might be used to call in reinforcements. That way, you only have to deal with around 6 or so gunmen, with plenty of cover available.

When resistance is gone, stroll over to the terminal and initiate the hack. Don't forget to watch plenty of video logs once completing another simple hacking mini-game puzzle gains you access to the server room. The camera on the right wall will give you a view of the terminal you need to hack.

Once you successfully infiltrate the area, your new campaign will appear on the map, not far from the center you just hacked. Commence the mission to receive your first objective.


You'll begin in a grassy area at the edge of a rather nasty looking set of apartment complexes. You need to disable security terminals positioned within them. Unfortunately, the area is secure and you can't just hack security cameras because there are none in sight. Instead, you have to do things the old-fashioned way. If in the process of flipping switches you're spotted within the red space on the map, there will be trouble (though you won't instantly fail the mission). 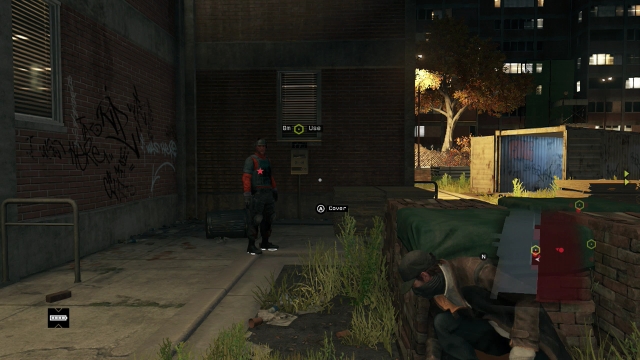 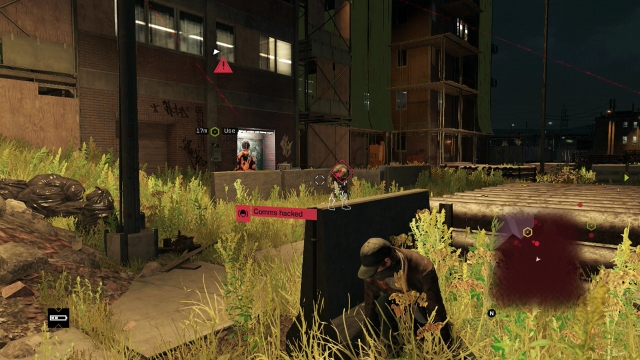 There are a number of approaches you might take here, but it's easy to get disoriented and then step-by-step instructions aren't useful. What you need to know is that there are a few entrances. You can enter along one and then work your way through the interior, or you can make quick forays into the area from each different direction and hope that works for you.

One ideal entrance is a walkway off to the left that leads to a fence you can vault over. From there, you can work your way around the outer area, from cover point to cover point. If you're spotted, don't give up; it's actually quite possible to gun down everyone in the area, especially if you prevent calls for reinforcements and you use a sniper rifle to take out the snipers along the roofs and in the tower near the center of the complex.

The gate is open, unlock the ctOS Tower.


Once you hit all three switches, which must be done without failing or you will have to start over again, you'll be instructed to reach the tower. 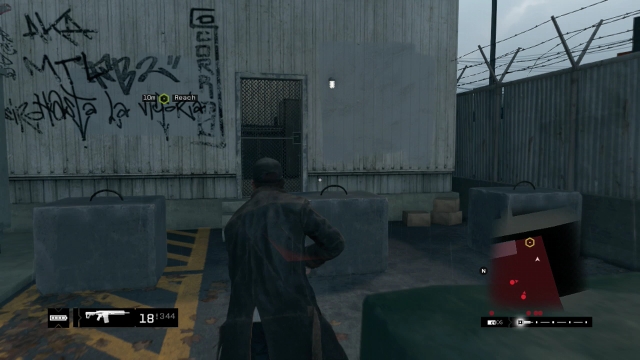 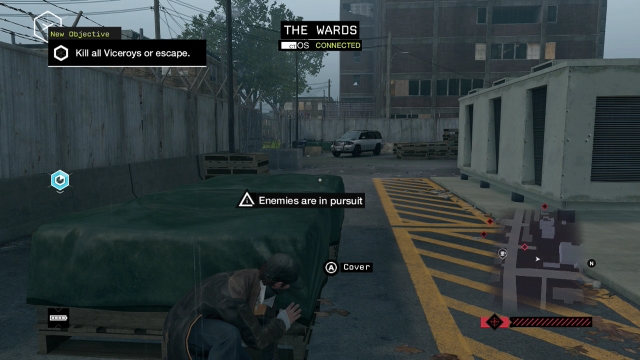 The tower you are looking for is a building near the far side of the complex that doesn't actually look a whole lot like a tower. You'll have to deal with guards as you make your way to it, head inside and hack it. Then you'll trigger a last-ditch attempt by the Viceroys to bury you.

Kill all the Viceroys or escape.


All that's left is to get off the property, either by killing everyone or by leaving ahead of them. Be careful not to linger in the shed, as the gang members will just toss grenades in after you. Fortunately, you continue from this point if you do happen to fall, and it's not hard to keep moving any time you see that a grenade has been tossed and is about to make your life interesting. There will only be a few Viceroys, so just gun them all down and then the mission ends.