Go to the campaign point and initiate your new mission. This can be a slightly more confusing area than most up to this point, so pay close attention as you advance.


When you start the mission, you'll be staring out over at the bridge at the center of the water between you and the island where the Ogden Steel building is located. Clara will automatically call. 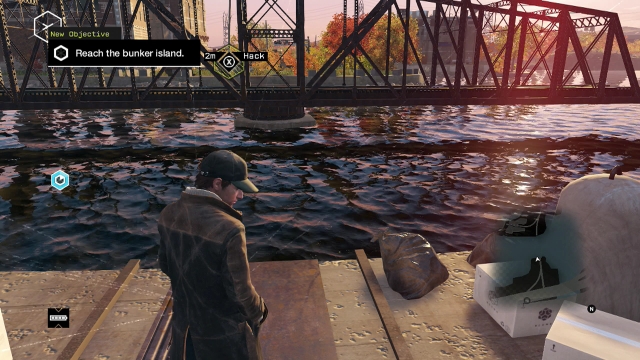 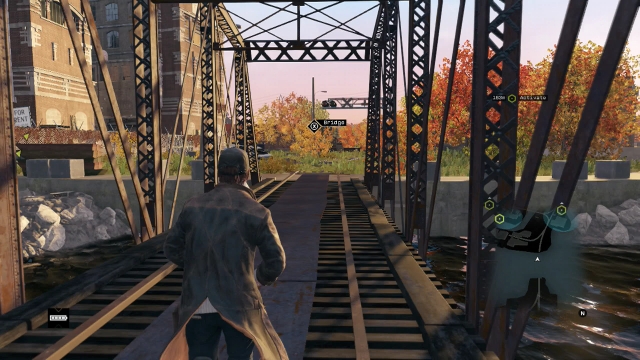 After the conversation, you can hack the bridge ahead of you. It will rotate around so you have a way to cross, like you saw it do in the surveillance video for Tobias.

Power up the generators to restore the bunker.


You still need to provide power to the bunker. Once the bridge is in place, cross it. 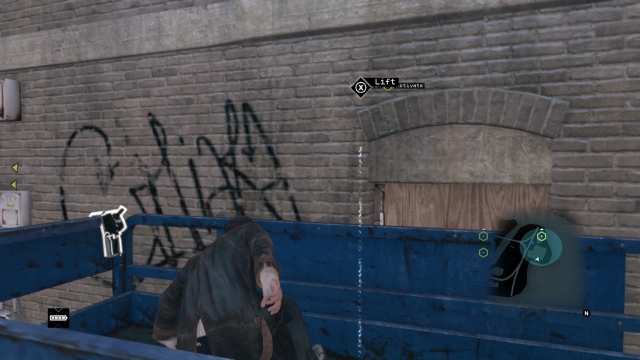 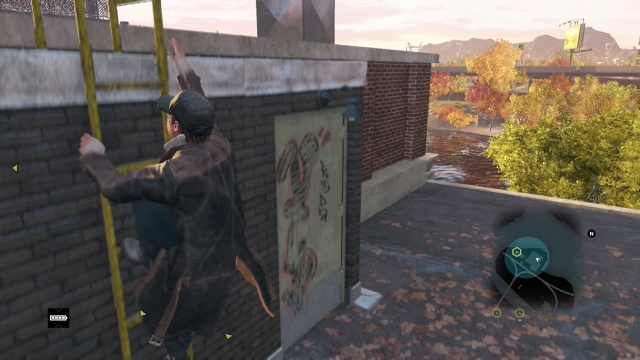 If you check your map, you will find three locations with generators. They are indicated on-screen, as well. One is to the right, ahead of you, so start with that one. Head forward to it and you'll draw near a group of old buildings.

The first one of that set of buildings as you approach is the key, even though you don't yet seem to be close to the generator. Near one edge of that building, you'll find a lift. You can activate it to lower it. Then step onto the lift and activate it again to raise it. From there, you can climb onto a ledge and then ascend a set of ladders to reach the rooftop. 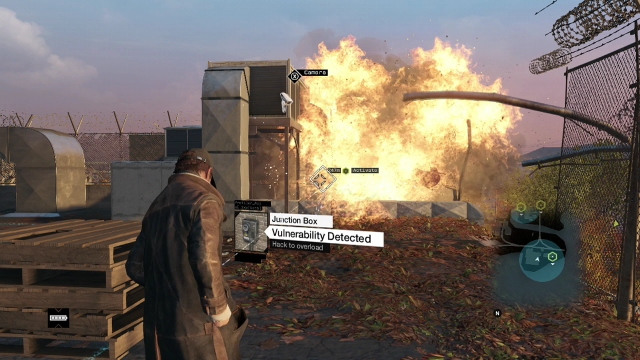 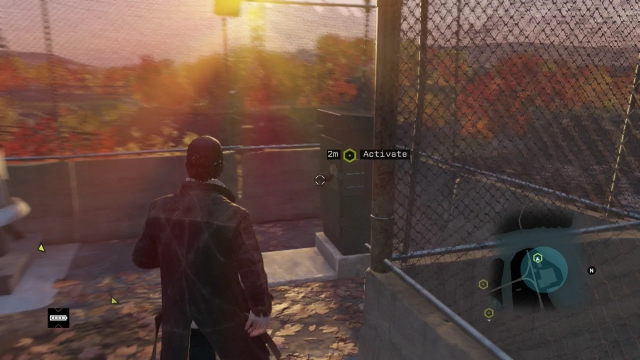 There's a gate ahead of you, and it is locked. Head toward the right, around the outside of the fence, and look up at the wall. You should see a camera you can hack. From there, look right and warp to the camera in that direction. Then look left and hack the switch console to open the gate. Return to Aiden and pass through the gate.

Ahead, there's a console you can hack to produce an explosion. Then you can descend along a ramp that drops toward the right. It leads to a second rooftop, with large air conditioning units and a lift to the right. There's also a fenced area with the generator. Enter it and activate the generator. Clara will call. Talk to her, then descend the building using the lift to reach the grassy back area.

Head along some storage containers and drop over a fence to the right. Then head to the right along the buildings to find a boombox on a cement slab, near a wall. You can hack that for an Audio Log. 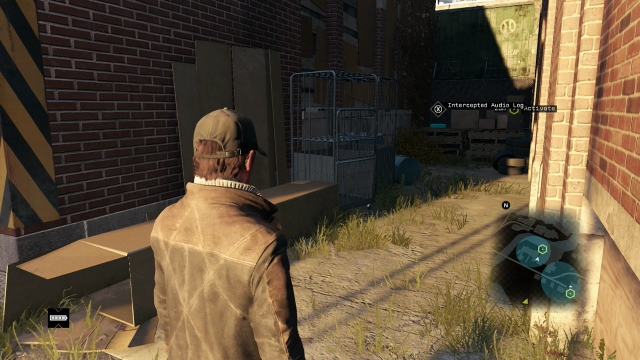 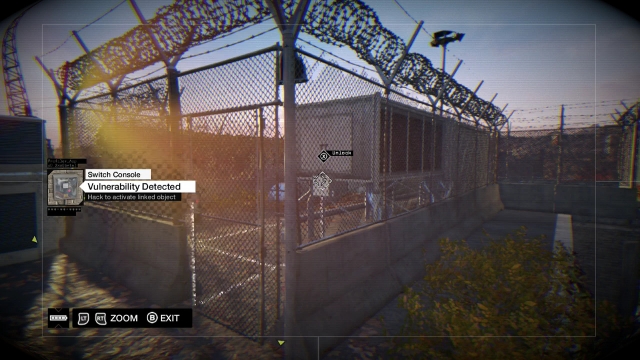 It's time to see about the second of the three generators now. Follow the tracks across a bridge and start passing a series of stacks of shipping crates. At the end, you can turn left and head down an alleyway between them to find another Audio Log. Listen to it.

Climb onto some racks in that alleyway and look up ahead, to the wall on the right over where you found the Audio Log. There's a camera. Hack it to warp to its vantage point. Then hack a lift that is directy ahead of you, lowering it. You should also warp up to a higher camera and from it, hack a switch console to unlock a security gate. Then you should return to Aiden. 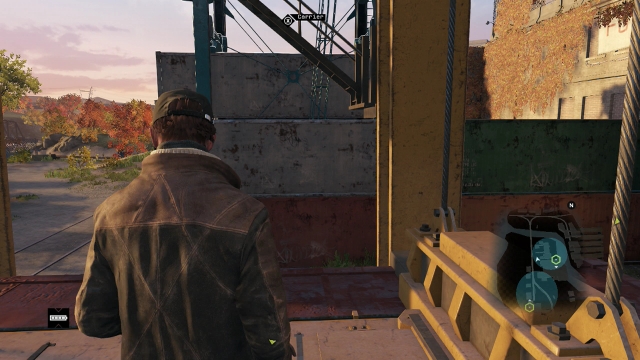 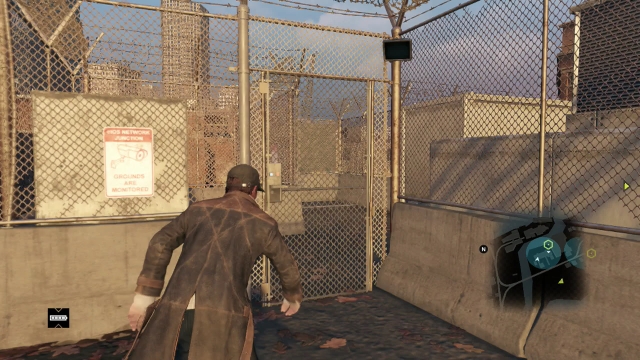 Head back from the alley, and climb onto the nearby crate. From there, you can climb to a slightly higher crate, then look out and activate a carrier. That will lower the carrier and its container. Drop down and run around to where the carrier lowered. Stand in the container and hack it to rise up to a higher level. Head onto the crate now positioned ahead of you, then turn and climb onto the carrier container while it is in its current position. From there, you can drop down to some more crates and then climb along them to reach the rooftop.

Now make your way along the rooftop and pass through the fenced, gated area that you unlocked a moment ago. As you pass through the gate, look to the left. You can descend along some crates to a lower rooftop, then run around and enter a small enclosed area to fire up the second generator. 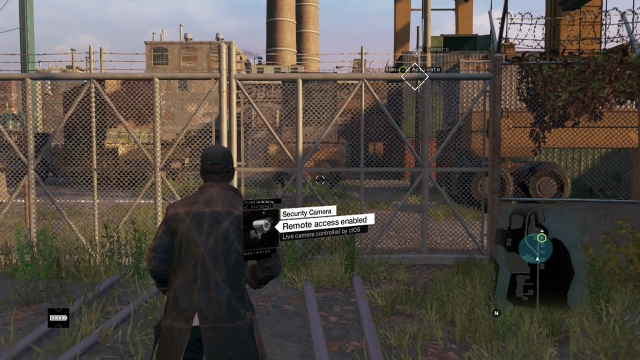 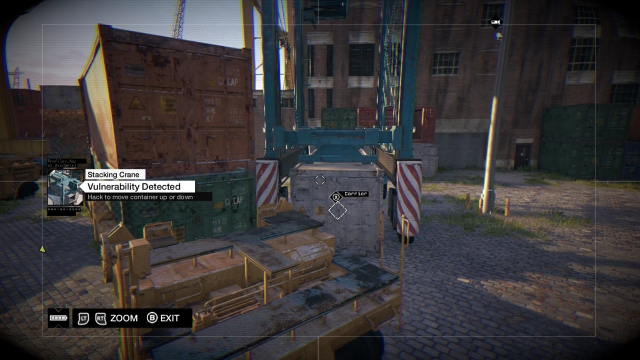 After taking another call from Clara, make your way back down to ground level in the manner of your choosing. Continue along the tracks toward the last generator area marked on the map. You'll come to a fense and a locked gate. Aiden comments about hacking the gate.

Through the gate, you can see a camera. Hack it. Then look left and warp over to that camera. From there, look left to see a camera on a pole. Warp to it, then look ahead to see a carrier that you can hack. Do so, which will move a container out of the way. Now you can see a switch console that wasn't visible previously. Hack it and the gate where Aiden is positioned will open. 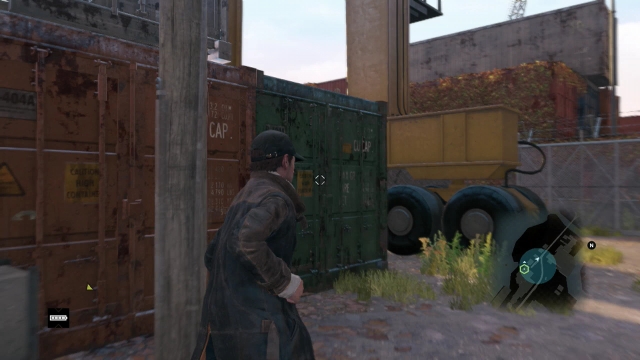 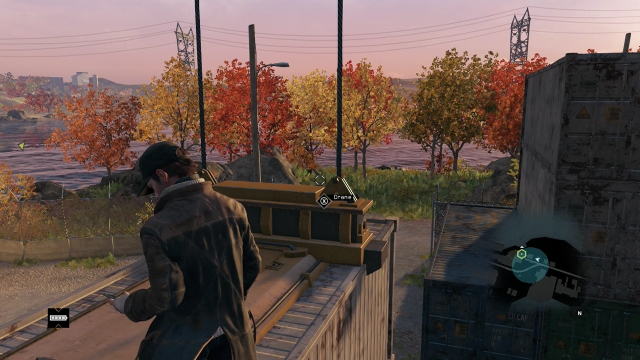 Pass through the gate and climb onto the stack of crates to the right, so that you're now standing on a beige-colored container. Look along its right side to find that you can hack the crane. Doing so will move the container so that it is on a stack closer to the nearby rooftop. Run along those crates to reach the rooftop, where there's a fenced area with a generator.

Skirt the fence and enter through the gate, then activate the third generator. You'll finally get a new objective.


Clara calls to say she found the entrance. Descend the crates and head forward to the area marked on your map, to meet with Clara. Walk up to the point indicated and press the button to enter the storage container. 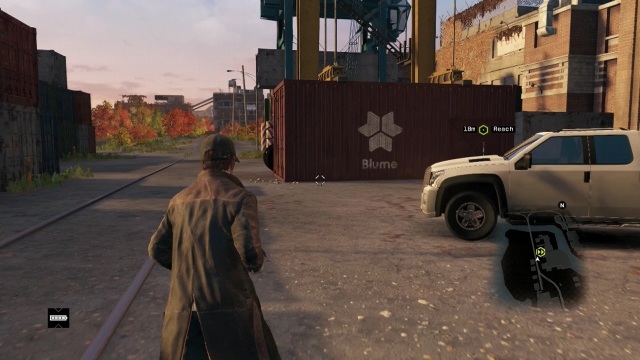 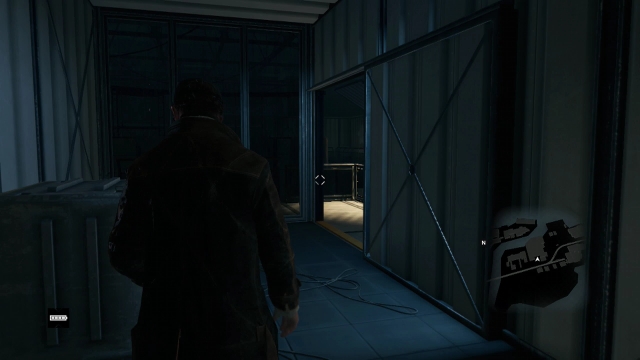 It will move, and then you can exit to find yourself in an underground corridor. You'll receive a new objective, too.

Search for the power controls.


Just head forward and down the stairs and you'll find the controls basically by accident. They're hard to miss.

Power up the bunker.


Clara arrives and asks you to help her get the bunker online. Climb some stairs to the right to find the power switch. Activate it for a scene. Then the mission ends.