Head to the campaign marker, which in this case is the same place as your hideout. You can quick travel there when you're ready. Just highlight it on the map and press the button indicated. 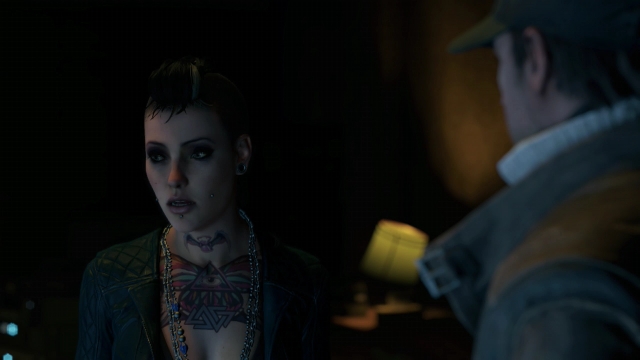 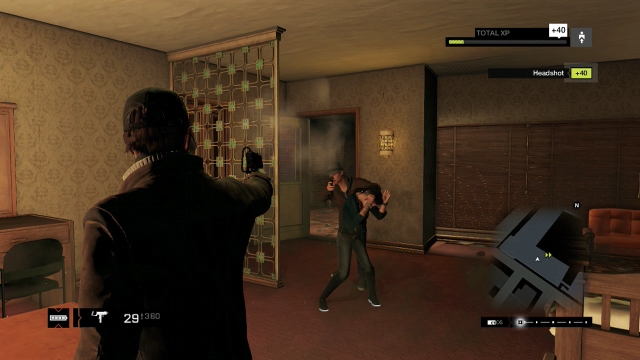 When you begin the mission, you don't immediately have any objectives because a scene plays out. It reveals som interesting information, and it concludes with you having to take a head shot as an enemy holds a hostage. Time has slowed, so you can squeeze of a shot rather easily, if you don't get antsy. Then you'll get your objective.

Defend Clara from the attackers.


You're now in a burning building. Clara is running out ahead of you, and you need to follow close behind her for a short distance until gunmen appear behind. Take shelter behind the stone balcony railing now. 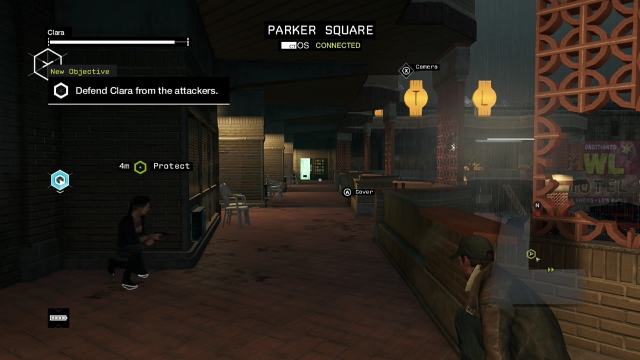 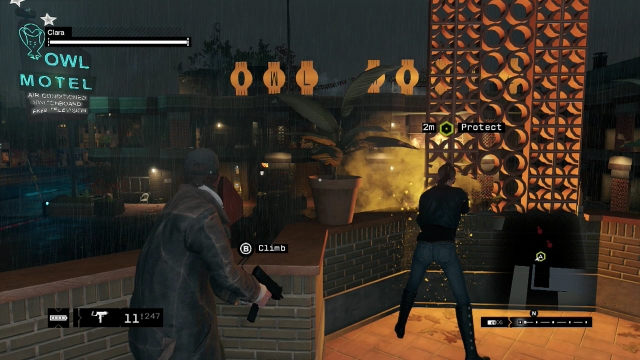 You're in a firefight with some heavily armed thugs. As they approach, let them come and then take them out with head shots. When you have eliminated the last of a few thugs, Clara will run forward. You can follow a short distance, but watch the roof ahead and be ready to dive for more cover. There are two gunmen up above.

When you eliminate them, cars will roll into the parking area below. As they're coming, you can press and hold a button to "Neutralize" them, if you're fast enough, and they won't ever actually make it to the parking lot. At least, some of them won't. Then you can take out the guys that remain by activating explosive plates on the lower level. Gun down the rest after that, including some snipers positioned on roofs on the opposite side of the square.

Escort Clara to her car.


Now it's time to get Clara to her car so she can safely flee the scene. 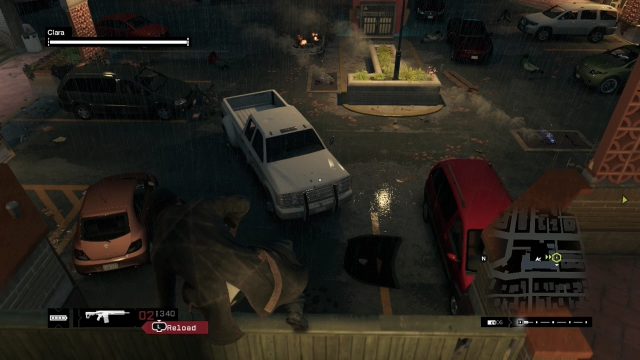 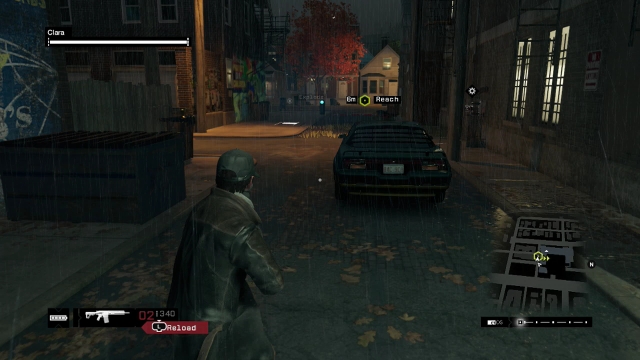 As you head back along the railing the way you just came, you can attract the attention of more gunmen. Once you spot them, they're pretty easy to kill from your vantage point. If you have trouble spotting them, look where Clara is firing and also watch the red moving icons on your map.

After you take out a last few thugs, you can head down some stairs along the back side. It can be difficult to see, but you can also vault over a railing. Just be sure to wait long enough for Clara to join you. She'll take the stairs. Then you can head around through the side and along a breezeway area to reach Clara's car, indicated as a yellow icon on your mini-map.


As Clara drives away, it's not a bad idea to do the same yourself. Some thugs will likely be approaching from ahead of you, though, so you should find some cover while you decide if you want to run or drive away from the scene. 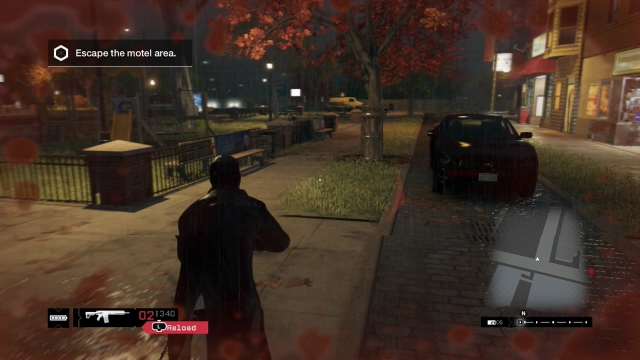 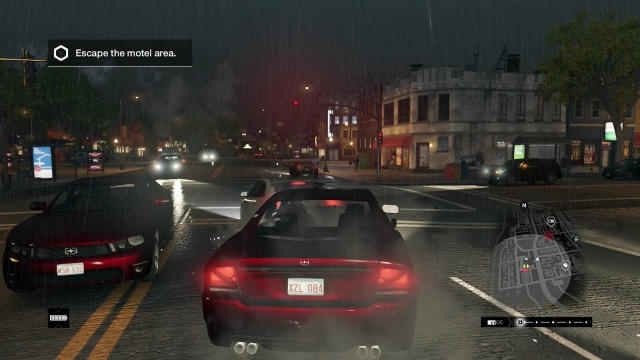 Fortunately, there's a car back a few steps and to the left. You don't have to push through gunmen to escape. You can simply run to the car, hop in, and drive out the opposite end of the plaza. Then you can race quickly to the edge of the radius marked on the map. Once you arrive, a scene follows and the mission ends.

NEXT: Act II: One Foot in the Grave