Watch Dogs Guide > Walkthrough > Act I: A Wrench in the Works

After you complete the previous mission, Clara will call you. That conversation ends with your next mission point being placed on the map, which is called A Wrench in the Works. Head to the point indicated on the map, as usual.

Use the Profiler to find Angelo Tucci's niece.


Once you reach your destination, you're at the edge of an open plaza. There are people throughout, and you'll have a conversation with Clara to pick up more information about Angelo Tucci's niece, who you are attempting to locate. 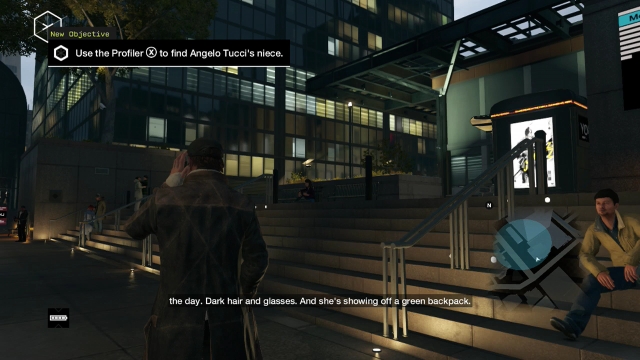 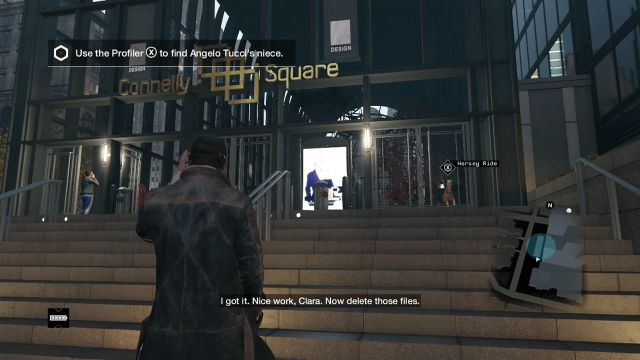 Clara will reveal that you should expect to find the girl wearing a green backpack. She has dark hair and likes taking selfies. Walk slowly through the area on the map that is bathed in the light circle of color. You're aiming for the very center, which will lead to the revelation that the girl is somewhere in Connelly Square. 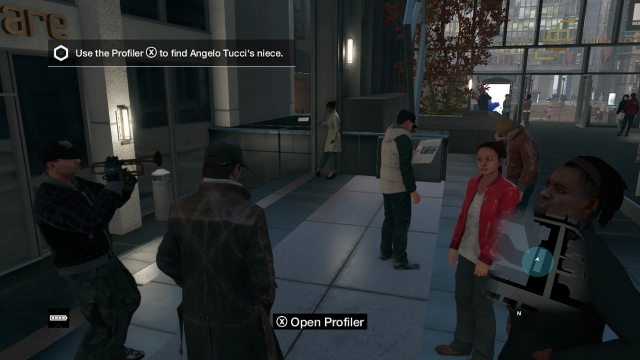 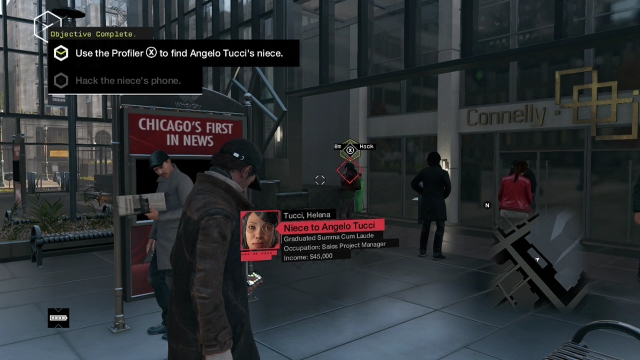 As you walk inside the building, you'll hear a guy playing a trumpet. Head toward that sound. Several people are watching him play, and you should find the girl not far from him, if you scan the crowd. Hack her and you'll make a call. Then a new objective appears.


After your call ends, wait for just a moment and the niece will make a phone call. Now it's time to hack her phone again, the same way you just did a second ago. You'll witness a scene, and then there's another new objective.

Kill Angelo Tucci before he reaches the prison.


A route appears on the map. Your goal now is to find and kill Angelo Tucci, who is on his way to the prison. 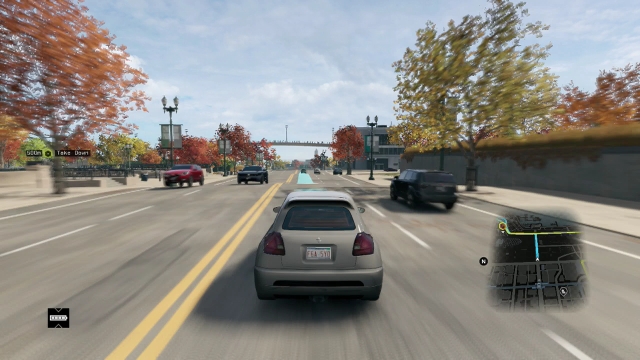 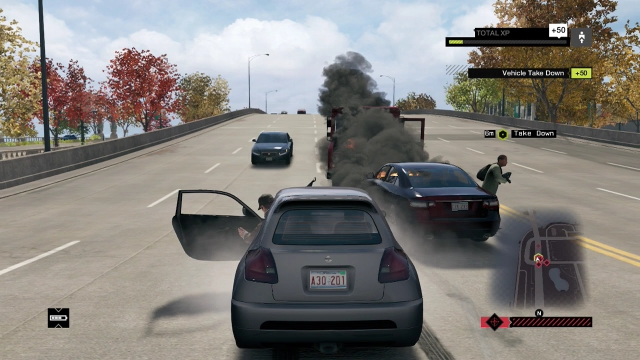 Though Tucci's location will appear on your map, you get the best assistance if you also set a waypoint on that indicator. Then the familiar blue line will appear to guide you to your target's position, which evolves as you give chase. You'll need a car, of course, so jump into one parked by the curb (you don't want to risk a carjacking, which could alert the police). Then drive forward and hang a right at the next intersection. From there, it's mostly a straight shot until you reach the freeway Tucci is heading along.

When you get within range, give Tucci's car a slight bump to alert him to your presence. He will try to flee and at that point, you can press the indicated button to "Neutralize" the car. When you do neutralize the vehicle, be ready to jump out and gun down your target. He'll try to run on foot.


Once you have gunned down Angelo, there's still the problem of his crew that is traveling along with him. You can't safely ignore those gunmen, so you need to either get back into a vehicle and drive away, or you need to find a safe place to duck for cover so that you can gun them down as they approach. 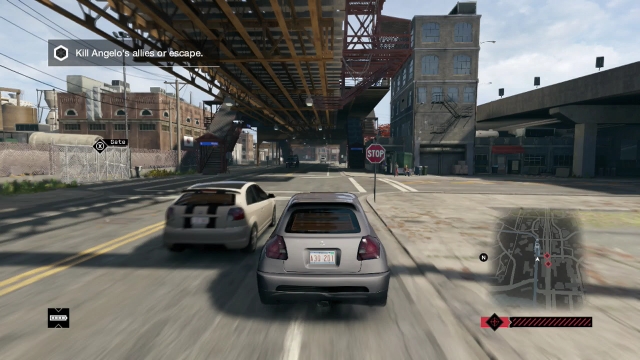 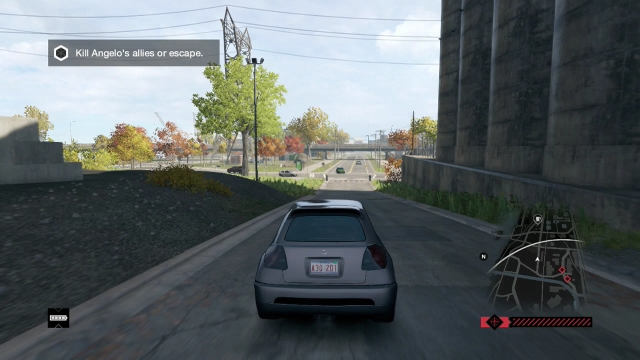 The gunmen are armed with automatic weapons, so your best bet is probably to outrun them in a car. However, they are persistent drivers and will do their best to make that impossible. As usual, try to make long runs through the straight stretches, and use traffic signals to slow your pursuit. That gives you the best shot of getting out of their area of radius in time.

Alternatively, you could build up a small lead and then ditch your car, ducking behind cover so that when the goons arrive, you can gun them down from a favorable position. It's up to you. Once you have either killed everyone or evaded them, the mission ends.

NEXT: Act I: Dressed in Peels