Make your way to the mission point on the map. Try to accept it, though, and you'll trigger a brief event. When it concludes, you have your objective (the exact name may vary from game to game).


You are being invaded, and you need to find who is doing the dirty deed. Automatically, you'll trace the individual's location, so then you simply need to follow the yellow trail to the general area where your adversary awaits. 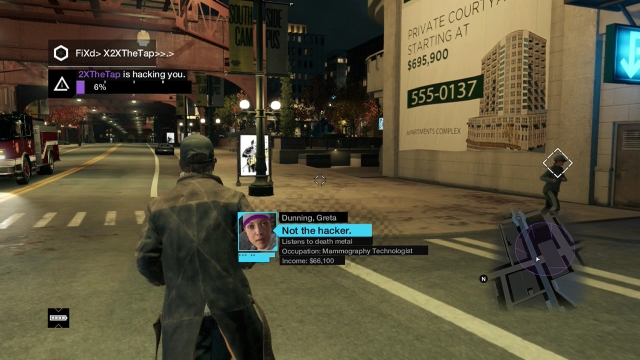 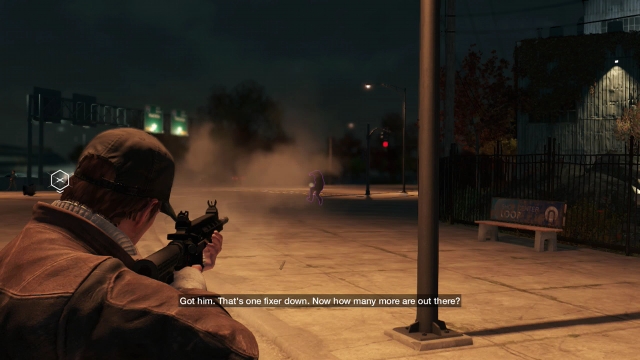 Once you come within range, you'll find yourself under attack. You have to respond by trying to hack whoever is guilty before that person finds you. Anyone in the crowd could be your target, and they could hide just about anywhere.

If you do well enough, the search area will grow more narrow, giving you a greater chance of homing in on your target. Once you identify your target, he will attempt to flee. You should run him down and shoot him. He may make it to a car if you're not fast enough, in which case you'll need to chase him down and Neutralize him with a traffic pile-up. Then you can get after him when he abandons his car.


Once you have successfully killed your hacker, it's time to get out of the yellow circle on the map, assuming you are in one. The yellow circles indicate police heat in the area, and you're sure to be busted if you stay within one for too long.

Your new objective is simply to access an app on your phone, as the game now is going to walk you through some more elements of its design.


Now you need to find a target to hunt for yourself. It will be an option available from the Online Contracts App. Just highlight it and confirm, then choose your target from a list. 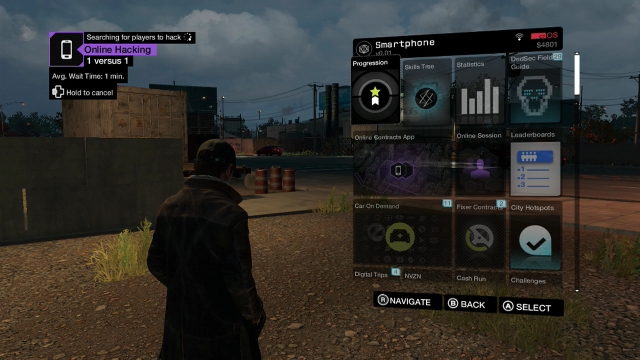 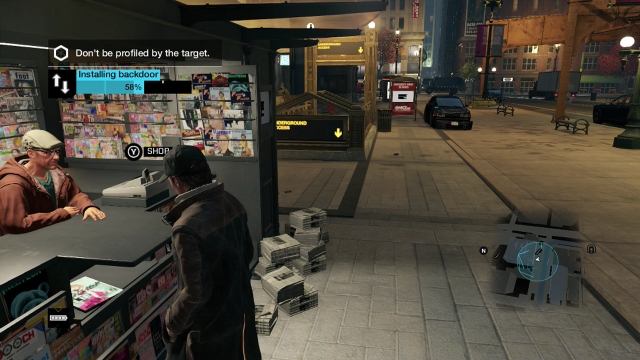 It's your turn to try to hack a player, while he or she tries to detect you. In other words, now you're playing the role of the individual you just defeated. There will be a wait time, depending on how many people are playing the game online.

You don't have to succeed in the hacking attempt. You only have to accept and attempt the assignment. Once you win (or don't), you'll be able to select the campaign from the map (again) and this time you'll finally be able to tackle its objectives.

Reach the West Island for the driving contract.


As you accept the mission, you'll receive a frantic phone call. Then your goal is to drive to meet your customer who you agreed to help on Jordi's behalf. 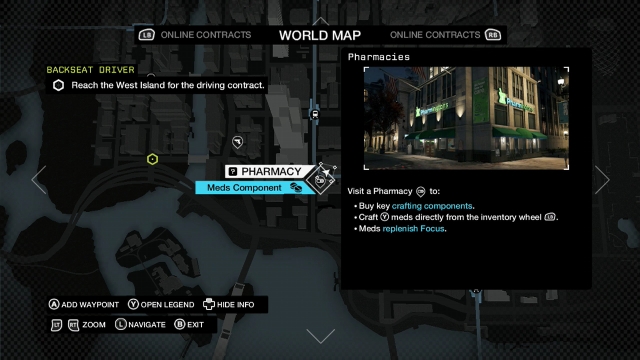 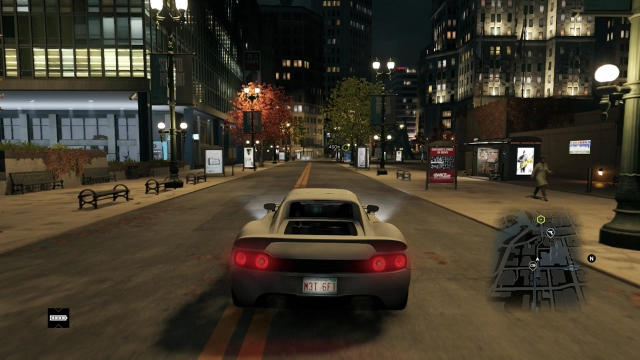 The point where you need to meet the client will be visible on the map, but you can find it more easily if you also set a waypoint. As you drive toward your destination, you'll hear police chatter and yellow circles will begin to appear on the map. You need to avoid lingering too long in any of those circles, or you'll find yourself in the middle of a chase. 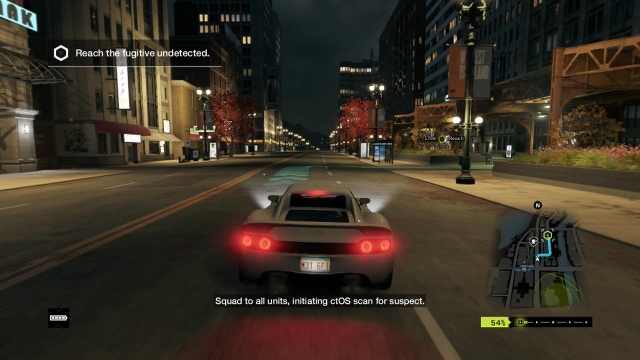 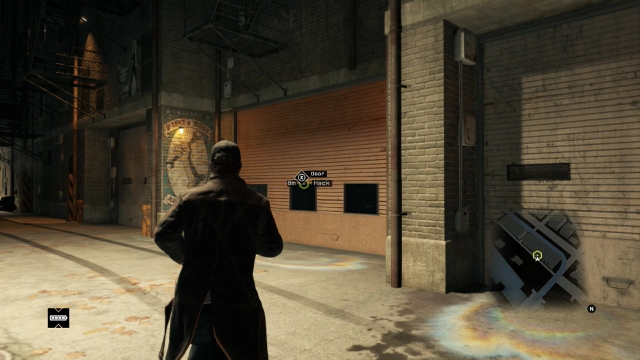 If you stay in a circle too long, a police chase follows and you can't go back to working on the mission until you evade pursuit. Otherwise, you can pull up at the fugitive's location, get out of your car and hack the garage door outside. Then enter the area and you'll receive a new objective.


Now you need to get away from police pursuit, even if you've managed to avoid it up to this point. You can again mark a waypoint on your map to help, but you're going to have to pay attention as you drive because the police are paying close attention. There's even a chopper in the air. 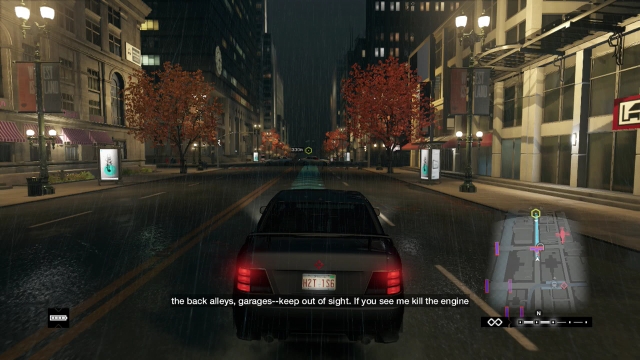 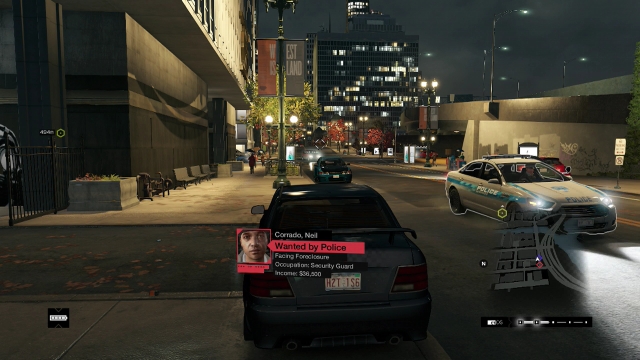 As you drive, you're going to have to mostly avoid the main drag. The police have set up road blocks all along it. There's a main road that leads north to south that you can head along, but you need to head west (to your right, as you're driving south) and stick to the back alleys. You'll also want to pull into a few side spaces along the way and kill the engine so that cops go by without noticing you. If you're driving and get near to a cop, you instantly fail.

Deliver the fugutive and avoid all detection.


Once you get to your first destination, you'll be provided a secondary one. Again, you need to move without being detected. Mark the indicated point on the map using the same general strategies that have worked so far and a cutscene will play before the mission ends.

NEXT: Act I: Open Your World