Starting in April 2015, Nintendo has begun releasing DLC for both versions of Super Smash Bros.. All DLC can be bought for a single platform, or in a bundle for both platforms at a greatly reduced price. Cosmetic items for Mii Fighters vary in price, and are available in bundles. Fighters cost $4 for one version or $5 for both. DLC characters have their own trophies as rewards for clearing Classic and All-Star, as well as background images for the ending credits. DLC characters also get added to All-Star mode as opponents, actually making that mode a little bit harder. Their icons can be used in profile cards. Kirby can eat them up and steal their neutral specials. DLC fighters can be fought against online, even if you don't own them. These characters can use equipment, but do not have custom special moves. 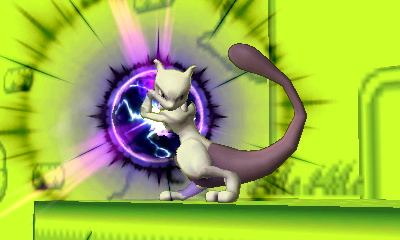 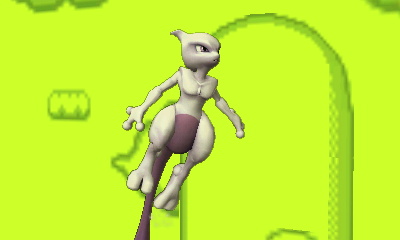 Mewtwo was missing from Brawl but he's back now as DLC. He is very light and easy to KO at low levels of damage. His jumps get decent reach, thanks to his floatiness. His aerial evade causes him to disappear for a moment. Mewtwo's upward smash attack draws enemies in and damages them multiple times before blasting them away. His forward throw doesn't do much damage or send enemies very far, but it involves firing a flurry of projectiles that can damage other opponents that are not caught in the grab. Mewtwo is great in the air. His forward and back aerials pack a punch and his down aerial is an effective meteor smash. His neutral aerial surrounds him with psychic energy and can hit multiple times. He's no slouch on the ground, either, with his powerful down smash and dash attack. Mewtwo can jump from walls. 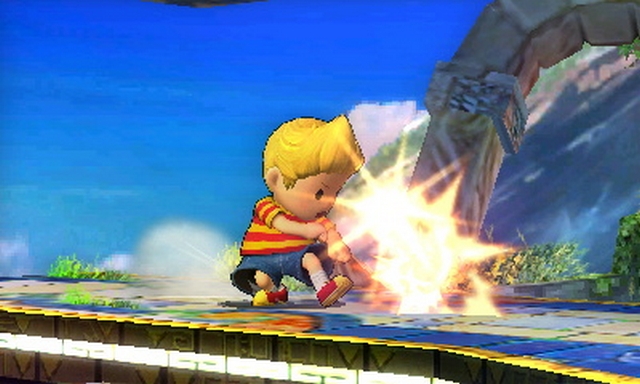 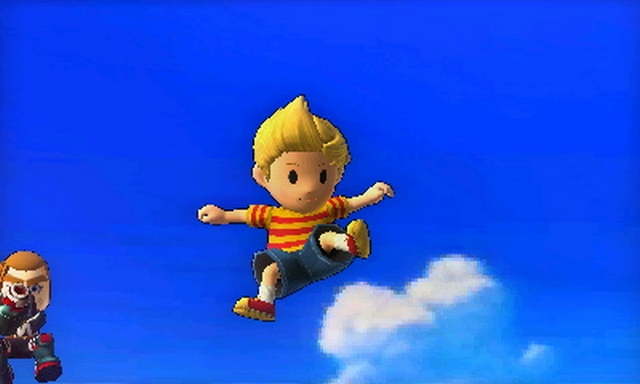 Lucas returns from Brawl with few changes. Lucas' specials appear as alternates for Ness, but his real appeal is his reliance on psi attacks for tilts and smashes. He doesn't jump as high as Ness, but he can still get a good bit of height thanks to his psychokinetic powers. His aerial attacks all focus on psi power and do decent damage. His side smash doesn't send enemies as far as you might expect it to, compared to Ness', but his up smash has the highest launch power of any up smash in the entire game, and does heavy damage to boot. It takes a moment to come out, though. 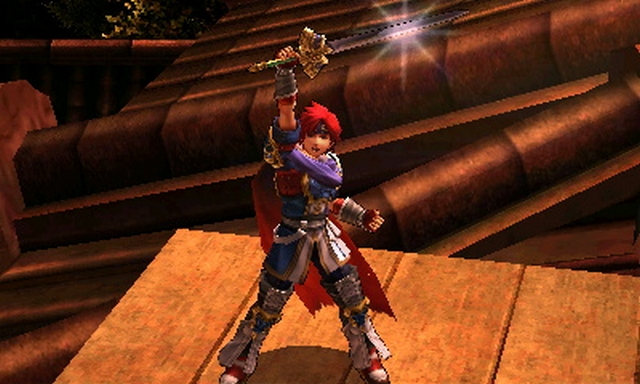 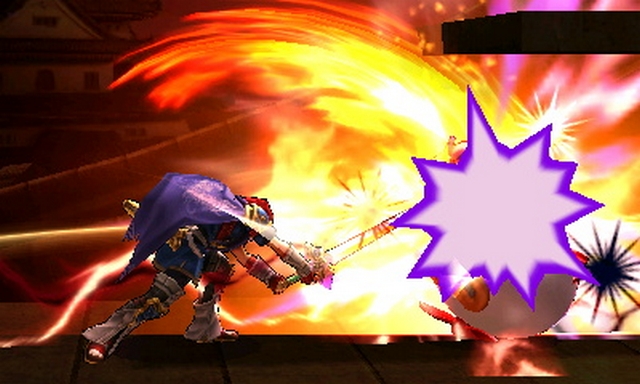 Roy is back after taking a break from Brawl, and now he finally has a reason to exist. In Melee, Roy was a weaker version of Marth. While Marth's attacks do more damage when the tip of his sword connects, Roy's do more if the base of his sword connects. Roy did less damage overall, despite having effectively lower reach for his "sweet spot" and a slower speed than Marth. Not any more. These days, Roy does a little more damage than Marth if his hits land correctly, and a little less when they don't. He's also heavier than Marth now. Roy's basic attacks have been tweaked to be more unique. Most notably, several of his special and smash attacks create fire. His up smash draws enemies in with fire to do heavy damage. 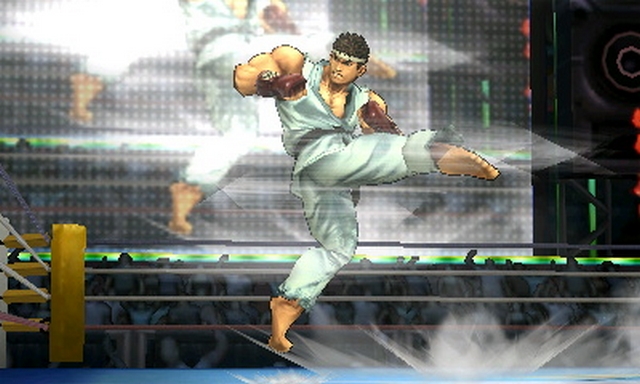 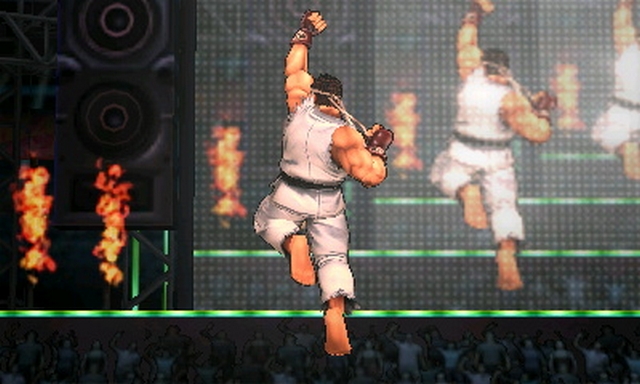 Ryu makes his dozenth crossover fighting game appearance as DLC. Ryu has a a varied move set thanks to two unique quirks. First off, all of his regular and special attacks have weak and fierce variations, depending on how long you hold the button. (No medium regular attacks. Nobody uses those in Street Fighter anyway.) He even has two different Final Smashes! Second, he can perform several of his traditional special moves using his classic inputs. Moves performed this way are faster and stronger than their original versions. Ryu hits hard on the ground. The fierce versions of even his standard tilt attacks can send foes flying. His side fierce standard attack is his Collarbone Breaker, which does heavy damage to shields. His aerials leave a little to be desired, but he has a nice combination of projectiles and standard damaging specials, as well as a unique counterattack. His side special is a nice recovery move. 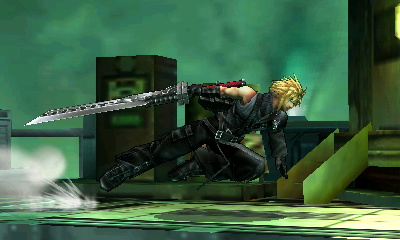 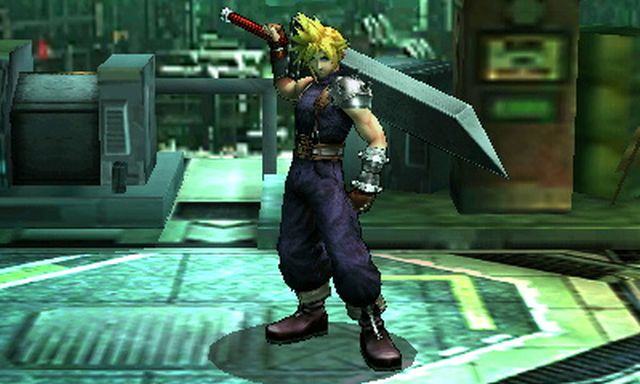 The Final Fantasy series got its start on Nintendo systems, but it's strange that the one Final Fantasy character in Super Smash Bros. is the one that represents Squaresoft's "betrayal" of Nintendo when they jumped ship to Sony's PlayStation and redefined JRPGs. Well, here we are. Final Fantasy VII protagonist Cloud Strife comes with three costumes. One based on his original look, one based on his Advent Children redesign, and an alternate version of that same design with the part covering the geostigma on his arm removed. Cloud moves faster than you might expect from someone used to turn-based combat. His side smash does heavy damage with a three hit combo, the last of which has high launching power. His down smash knocks enemies behind Cloud, which is handy if your back is to the edge of the stage. As Cloud deals and receives damage, his Limit meter fills up, and once it's full, he receives small boosts to all of his stats. Using a special move with a full Limit meter will use a powerful Limit Break version of that move, depleting the meter. You'll know the Limit meter is full when a blue aura appears around Cloud. You'll lose all progress towards your Limit meter if you're KO'd. 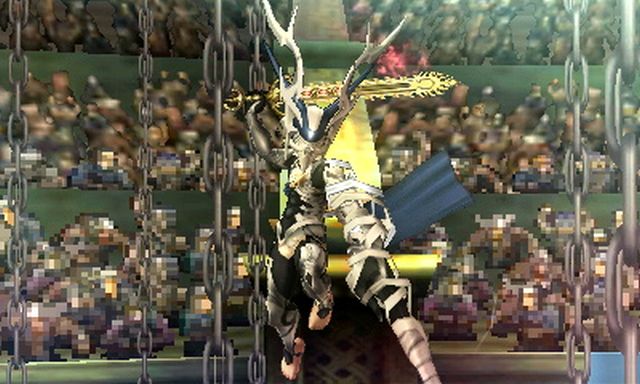 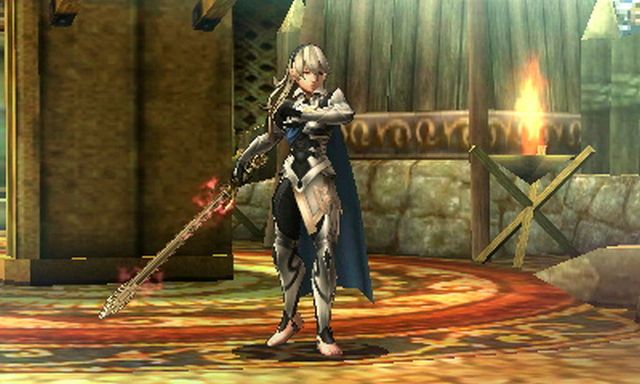 Corrin is to Fire Emblem: Fates what Robin is to Fire Emblem: Awakening, a player-created avatar that plays an important role in the game's story. Corrin can either be male or female in Smash Bros., as in his/her own game, but Corrin's default skin is male so we'll refer to him with masculine pronouns here for simplicity's sake. Corrin can transform entirely or partially into a water dragon, so many of his moves include morphing parts of his body. It's actually a bit creepy in a body horror sort of way. Many of Corrin's smash and aerial attacks transform his limbs into "lances." The tips of these lances do slightly more damage than the rest. Corrin has good range with his smash attacks and decent power. His forward smash attack does a tiny amount of damage as it charges up. His back aerial propels him forward a little. 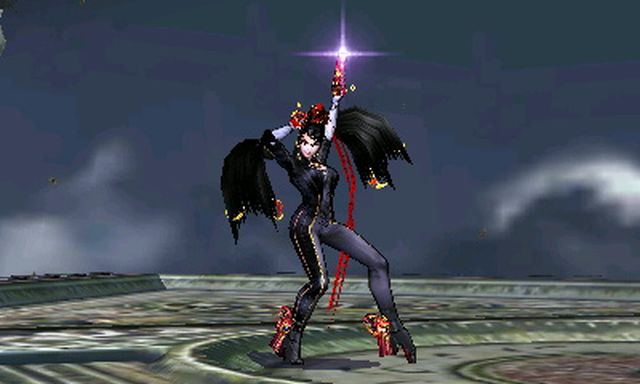 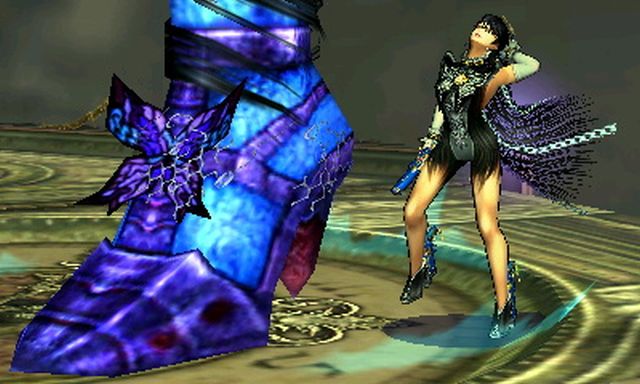 Bayonetta's movements flow appropriately freely, as they do in her own games. Her neutral and side tilt attacks lead to combos if you continuously press the attack button. She has two aerial recovery moves, both of which can potentially be used twice before landing, and neither of them leave her in a helpless state, so she can continue to attack and move even after she's used up all of her recovery. (Her recovery moves still reset after she takes damage before landing, as for everyone else.) This makes her a great aerial character. Her smash attacks are all Wicked Weaves, gigantic demon limbs that are summoned using her hair as a conduit. These have great reach and do nice damage. Her down smash is a meteor smash that is handy for foes who are hanging from ledges or trying to recover. All of her A and smash attacks and her side special can all be extended to fire a barrage of bullets by holding the attack button. It's not necessary to fully charge a smash attack to begin firing bullets. Release the A button to launch the attack and immediately press and hold it again to start the bullet barrage. Her bullets do very little damage (less than 1% per hit) but they don't interrupt combos (they can be continued by simply pressing the attack button again after firing the bullets) and they pass through enemies so they can hit multiple foes at a time. Bayonetta can activate Bat Within if she's hit at the beginning of any of her dodges, including her roll, standing evade (down while guarding), and her aerial dodge. See her down special for more information about the effects of Bat Within. Bayonetta's default look is her Bayonetta 2 style, but she also has four skins based on her original design.


NEXT: Customization and Equipment