Assist Trophies are immediately activated when they're picked up. The character that comes out will usually assist the person who summoned them, but some of their effects can help enemies or, in a way, harm the user, depending on how fighters react to them. 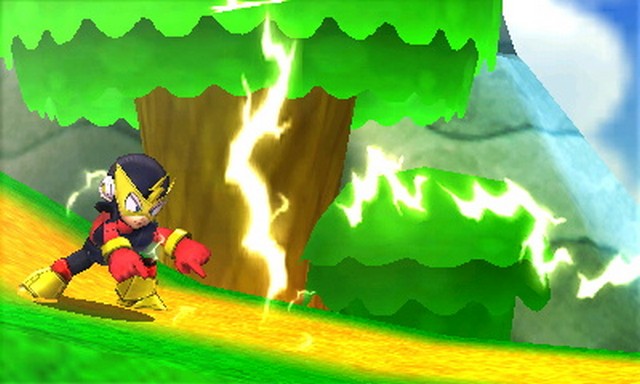 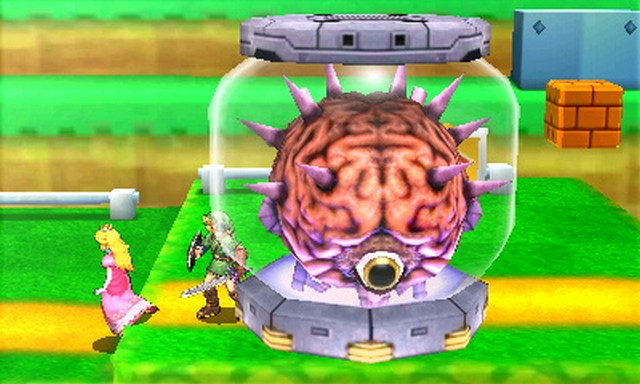 Andross - Star Fox: Moves into the background and fires projectiles from its mouth.

Ashley - WarioWare Inc.: Summons a cloud of darkness that damages enemies inside of it.

Chain Chomp - Super Mario Bros.: Does what Chain Chomps do and bites enemies it can reach. It's chained to a post.

Devil - Devil World: Moves the stage in whatever direction he points. This will move the stage closer to one or two edges.

Dr. Kawashima - Brain Age: Summons bubbles with numbers in them. If two bubbles touch and their sum is 10, they'll explode. You can knock the bubbles into each other to make it happen. 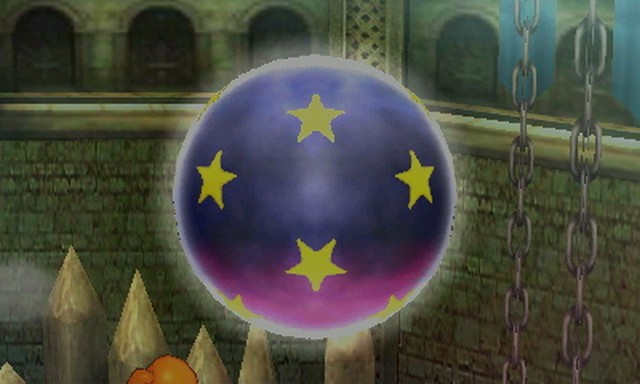 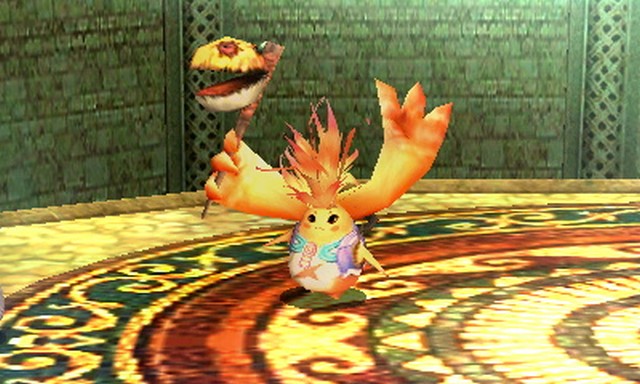 Dr. Wright - Sim City: Summons a skyscraper from the ground that damages and launches enemies. Easy to avoid, since it spawns right next to Dr. Wright.

Ghirahim - The Legend of Zelda: Seeks out enemies and slices away at them. Can be knocked away, but if he falls off the stage, he'll just teleport back.

Ghosts - Pac-Man: Move around the stage. Any enemies that touch them will be damaged. Can only move in four directions.

Hammer Bro. - Super Mario Bros.: Throws hammers in an arc. Can move vertically between platforms, but not horizontally.

Infantry & Tanks - Advance Wars: Simply move and shoot little bullets. They're tiny but several of them spawn at once. They move in whatever direction their summoner is, relative to them.

Isabelle - Animal Crossing: Appears and throws fruit to whoever called her. The fruit heals the summoner but it can also heal the opponent if they catch it. She gets super sad if you get KO'd. 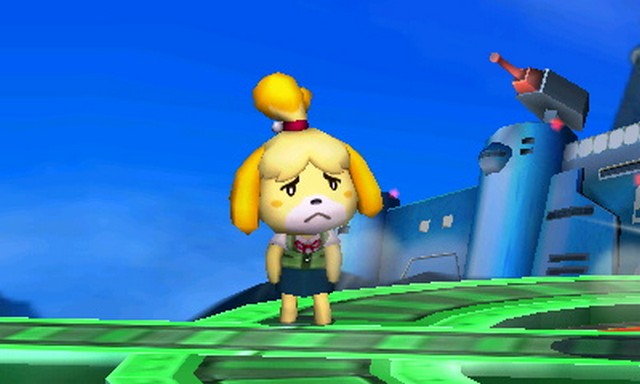 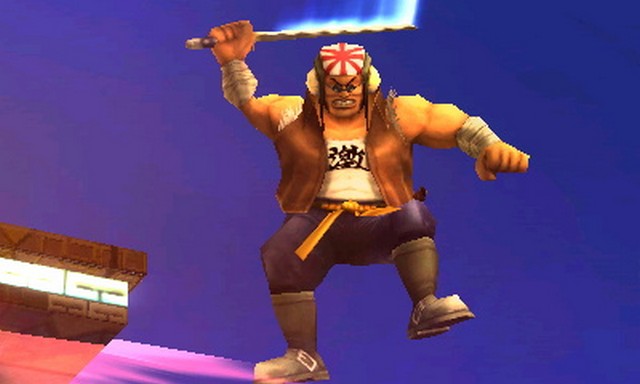 Jeff - Earthbound: Fires rockets into the air that home in on enemies.

Knuckle Joe - Kirby Super Star: Chases enemies and beats the tar out of them with jabs and uppercuts.

Lakitu - Super Mario Bros.: Drops Spiny Eggs that turn into Spinies. They crawl along the ground until they drop off.

Lyn - Fire Emblem: Charges up and then quickly lunges at an enemy.

Magnus - Kid Icarus: Like so many others, moves around the stage attacking enemies with his sword. It is a big sword.

Metroid - Metroid: Attaches to an enemy's head and eats their brain. Can be shaken off by using the circle pad. 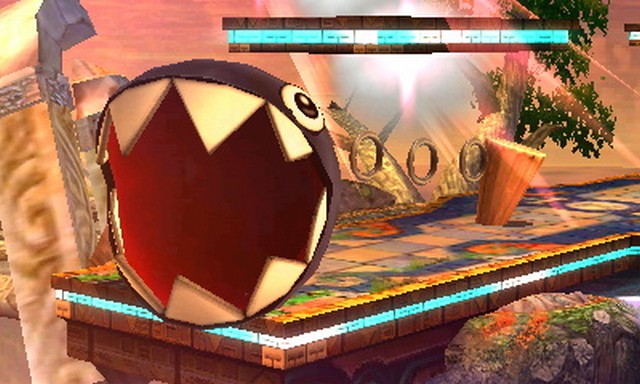 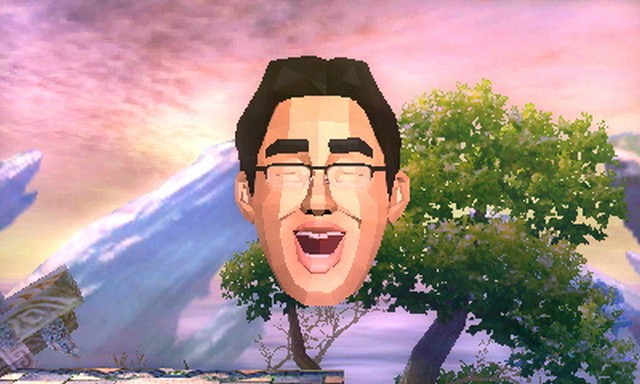 Midna - The Legend of Zelda: Grabs and throws nearby enemies. If she's alone for too long, she'll teleport closer to the action.

Mother Brain - Metroid: Summons circular projectiles and fires a huge sweeping laser. Can be defeated but it takes some effort. Try to get behind it to avoid its laser.

Nintendog - Nintendogs: So friendly! This puppy gets right up in your face, obscuring the screen. This really doesn't help anyone.

Nightmare - Kirby's Dream Land: Flies into the background and turns the entire stage completely dark. There's not really any benefit to this, since it affects everyone.

Phosphora - Kid Icarus: Uprising: Flies around and zaps enemies. Can't be defeated but if you attack her, she'll flinch for a moment.

Prince of Sable - For the Frog the Bell Tolls: Turns into a frog (who can jump) or snake (who moves quickly along the ground) and pummels enemies. 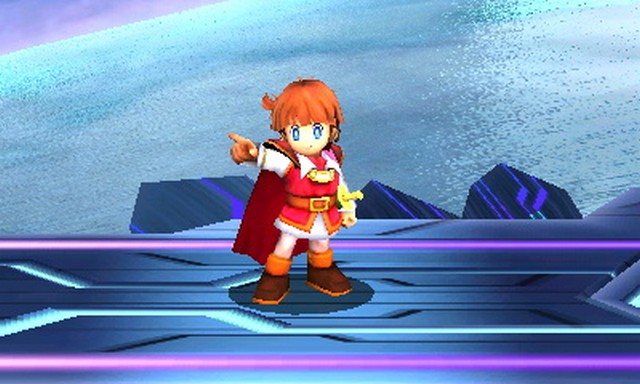 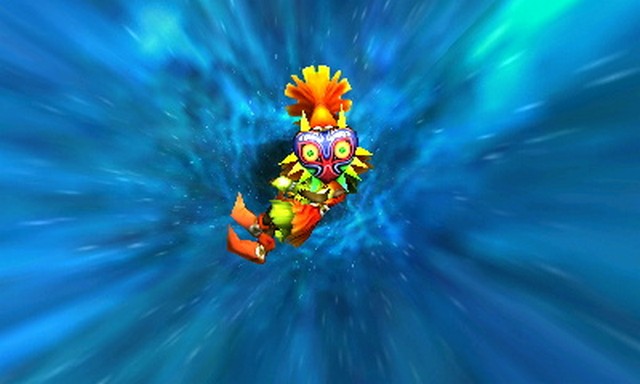 Saki - Sin & Punishment: Shoots distant enemies or slashes nearby ones for more damage.

Samurai Goroh - F-Zero: Chases people and flails his sword around like some kind of mental runt.

Shadow the Hedgehog - Sonic the Hedgehog: Uses Chaos Control to slow all enemies down. Very similar to the timer item, except it doesn't last as long.

Sheriff - Sheriff: Slowly walks through the air, firing pixel bullets in 8 directions. Can be defeated.

Skull Kid - The Legend of Zelda: Turns everyone invisible, or flips the screen over.

Starfy - The Legendary Starfy: Twirls and spins and lightly damages enemies. You can beat it up if you're cruel.

Takamaru - The Mysterious Marusame Castle: Fires projectiles that travel in four directions at once.

Tingle - The Legend of Zelda: Does something weird. This can mean making the ground slippery, bringing down a rain of hammers, or simply flying away, among other things.