Pokemon come out of Pokeballs when thrown and usually fight alongside whoever released them. Regular Pokeballs can contain any Pokemon, but the much rarer Master Balls can only contain rare and legendary Pokemon, except when they contain a Goldeen. Pokemon that can appear from Master Balls are marked with an asterisk. Some Pokemon will only appear after you've unlocked them by completing challenges. 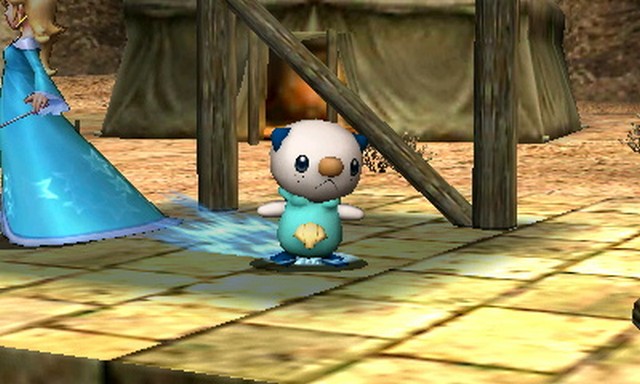 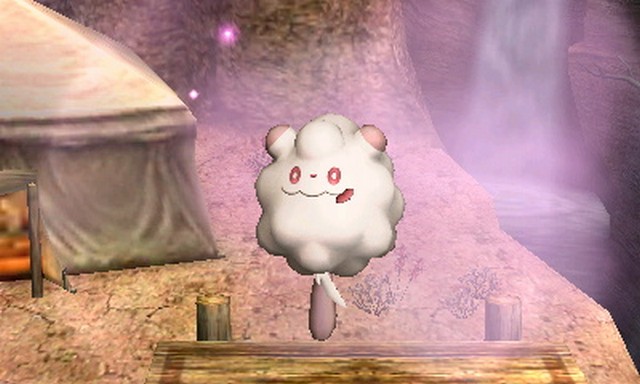 Abomasnow - Blizzard and Ice Punch: Sucks enemies in with a freezing wind, then punches and freezes them.

Chespin - Seed Bomb: Drops a bunch of tiny bombs that explode nearby.

Dedenne - Discharge: Leaps up and unleashes a field of electricity that damages and stuns any enemy inside of it. Launches foes.

Deoxys* - Hyper Beam: Floats into the air and fires a powerful laser beam straight down. Doesn't aim very well, but you can toss enemies into the beam.

Electrode - Explosion: Explodes after a time and does heavy damage to anyone nearby. Can be picked up and thrown just before it explodes. 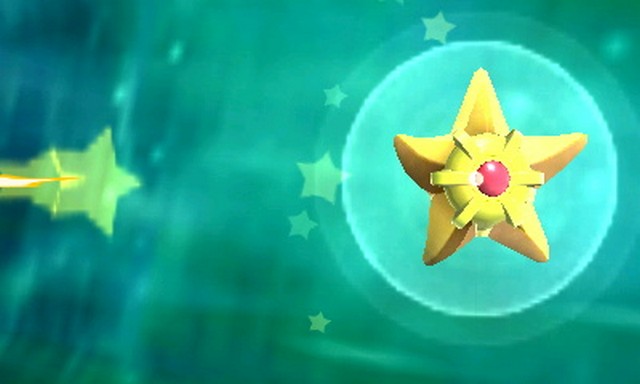 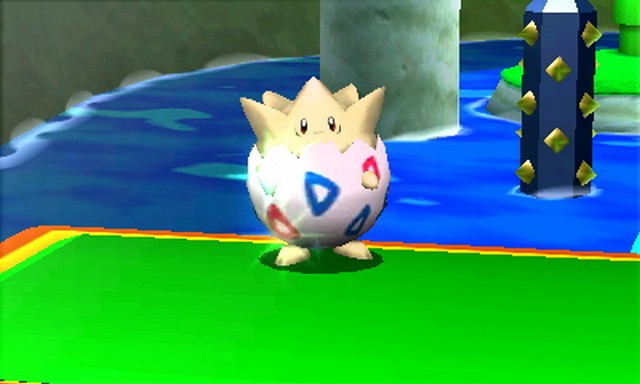 Eevee - Take Down: Bodyslams nearby enemies, but has limited range. Won't do anything but look adorable if there's nobody around.

Entei* - Fire Spin: Creates a massive column of fire behind itself that pulls enemies in and damages them. Also launches them.

Fennekin - Incinerate: Throws fireballs that become pillars of flame when they hit something.

Fletchling - Peck: Hops around and pecks enemies. More of a distraction than anything, since it barely does any damage.

Gardevoir - Reflect: Creates a field in which enemy projectiles will bounce back at them.

Giratina* - Dragon Breath: Damages enemies with a whirlwind of dragon breath. May also blow them away.

Gogoat - Take Down: Charges along the stage, occasionally leaping. You can ride it! 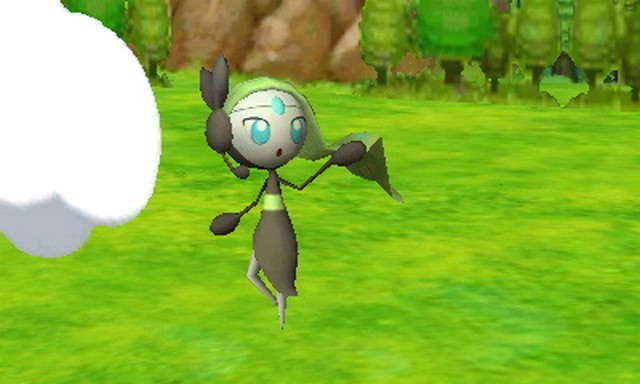 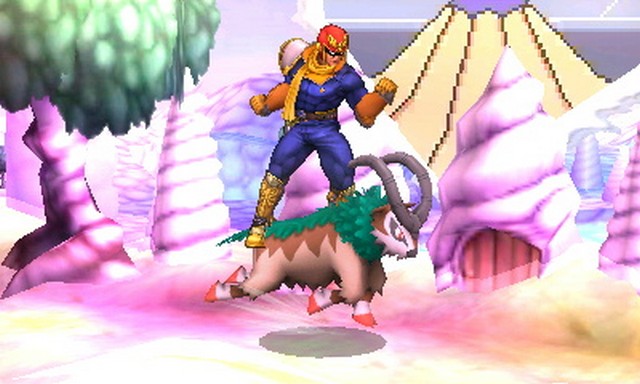 Goldeen* - Splash: Does absolutely nothing! Sorry.

Inkay - Tospy-Turvy: Smacks into the ground, causing any enemies on the ground to fall on their butts.

Keldeo* - Secret Sword: Seeks out foes and slashes at them with a huge sweep. The slash moves vertically up. Keldeo attacks several times in a row.

Kyogre* - Hydro Pump: Sprays a powerful stream of water out of its mouth that pushes enemies away with a lot of force.

Kyurem* - Icy Wind: Blows a stream of freezing wind to the left and right. Can freeze enemies.

Latias and Latios* - Steel Wing: These two show up together. Fly off screen and zoom back at mach speed multiple times, damaging anyone they hit. Barely-missed enemies will be blown back.

Lugia* - Aeroblast: Flies into the background and fires a stream of whirling wind into an area of the foreground. 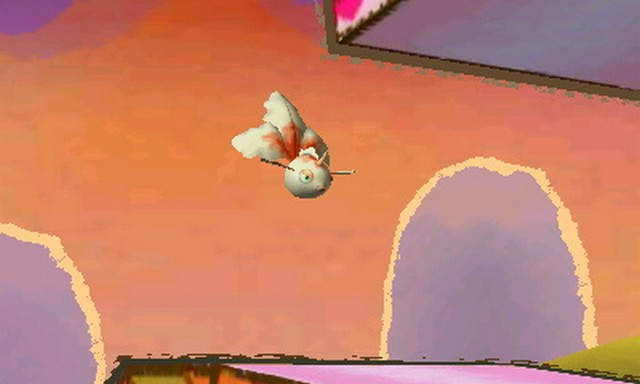 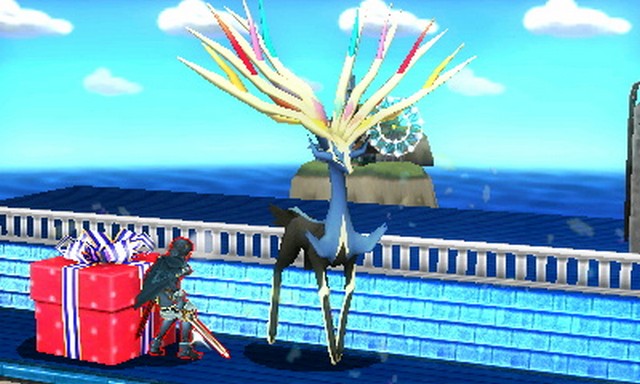 Meloetta* - Echoed Voice: Sends out projectiles that bounce off of anything solid, as well as the edges of the screen.

Metagross - Earthquake: Buries nearby foes in the ground.

Mew* - Fly: Very rare, but will leave a permanently collectable prize behind, like a trophy or a custom move.

Moltres* - Fly: Simply flies away, but damages foes who touch it before it does.

Oshawott - Surf: Charges at an enemy and hopefully pushes them off the stage.

Palkia* - Spacial Rend: Flips the camera upside down. Gee, thanks.

Snorlax - Body Slam: Flies into the air before slamming down through platforms, damaging any enemy caught in its path. 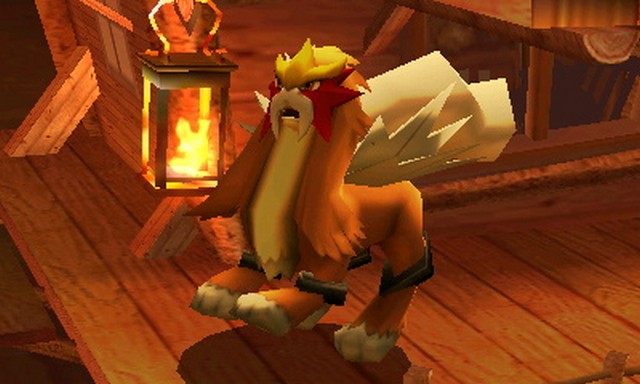 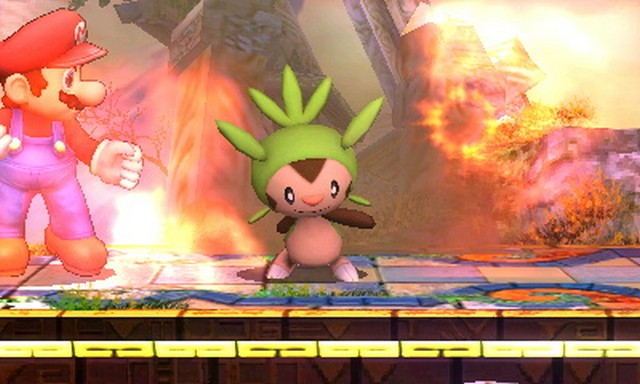 Spewpa - Sun Spore: Releases a cloud of spores that stun enemies when attacked. Anyone can attack it, but the spores will only affect foes.

Starmie - Swift: Positions itself next to an enemy, stops, and fires a stream of stars that combo the enemy. Keep moving vertically to cause it to miss.

Swirlix - Cotton Spire: Slows down nearby opponents. Effect ends if the enemy moves outside of the field of effect.

Victini* - Victory Star: Gives the person who released it increased attack power and resistance to flinching. Also grants the same benefit to teammates in team battles.

Xerneas* - Geomancy: Raises the launch power of everyone, friend and foe, but has a stronger effect on the one who released it.

Zoroark* - Fury Swipes: Knock an opponent into the air and zip around, hitting them repeatedly. Ends by slamming them into the ground.