If you so desire, you can create characters based on the Miis stored in your system. The Mii's height has a small effect on the speed and power of the fighter. Taller Miis are stronger but slower, and vice versa.

Customizing Miis is basically like customizing other characters. You can assign them three pieces of equipment to raise and lower their stats. There are three classes to choose from, each with three possible assignments for each of its four special move slots. Most of these moves are very clearly lifted from other characters. Unlike most main characters, Mii special moves are all available from the start.

You can customize a Mii's appearance with one piece of headgear and one outfit. The colour of the outfit is determined by the Mii's favourite colour. Headgear is for anyone but outfits are unique to specific classes.You will unlock these by completing challenges as simply collecting them randomly as you play.

Miis can be used in most modes, but not With Anyone online modes. Miis all share one high score for each mode on the character select screen, but you can still earn class-specific trophies for them by clearing Classic and All-Star modes. 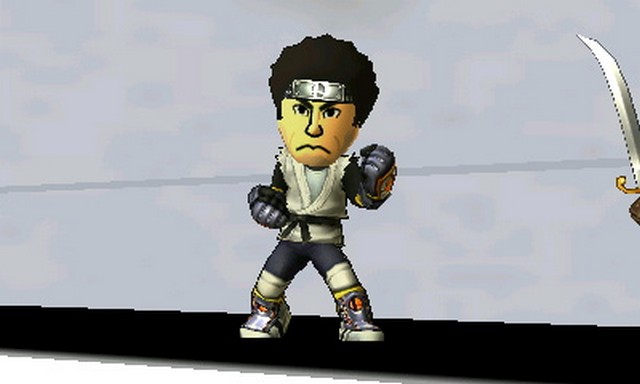 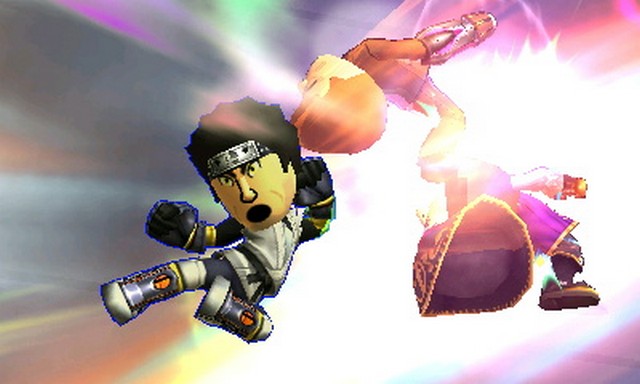 Brawlers play similarly to Little Mac, though less speedy on the ground and less useless in the air. They can move quickly and jump high. Even their non-smash attacks have decent launching power. Their attacks are decently quick but lack a lot of range since they don't use weapons. You can adjust the height of their side attack by tilting the circle pad slightly up or down. All of their ground attacks are good launchers, especially their smashes. Their down smash attacks both sides at the same time, but it's not a low attack, not that it really matters. Their down aerial functions as a meteor smash of the flash connects, and all of its aerials fuction well as launchers otherwise. Even its neutral aerial is ok, and, despite how it looks, it does connect using any part of the Mii's body, not just its one foot. The Brawler can wall jump. 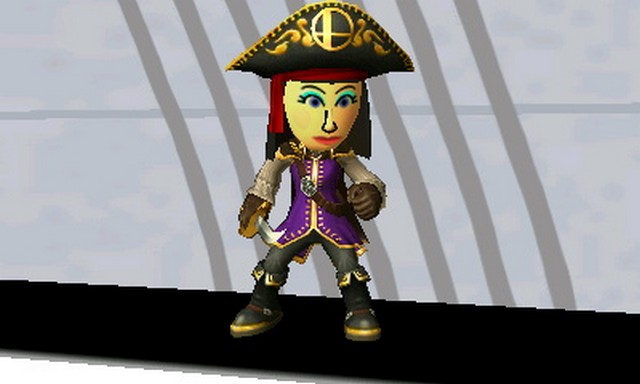 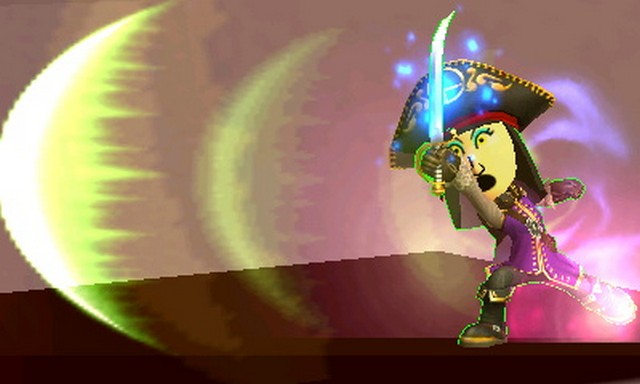 Swordfighters have more average movement speed and jump power than their Brawler counterparts. Their attacks don't do a lot of damage, but they're quick. Their attacks tend to sweep, making it easier to hit foes, or multiple foes at once. They have pretty good launching power with a lot of their ground attacks, though not exceptional. Their side and especially up smashes get the job done. The up smash is an upward combo with a powerful final strike. If you catch an enemy just right with their down aerial, they'll be caught in a combo and slammed into the ground. Whether it hits or not, it does splash damage when it lands. Their front aerial is a combo as well. Their neutral aerial has a wide area of attack, but it's slow and not terribly powerful. They have some basic defensive abilities in their down specials. 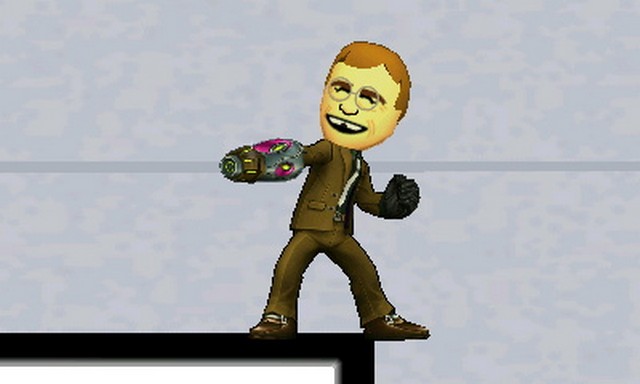 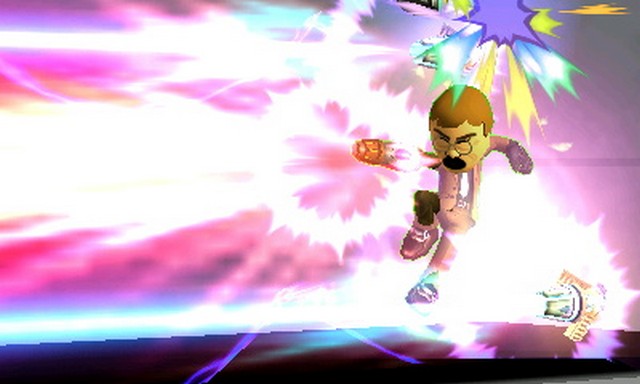 Gunners are slow on the ground but can jump a respectable height. Their attacks aren't that powerful, but their strength comes from their range. Many of their attacks have really good range, including their standard attacks. Their side smash attack makes it tough to approach them from the side, thanks to its range. It doesn't have very good launching power, though. The explosion from their down smash pulls the enemy behind your Mii, following up with another blast that sends them flying backwards. Their upward smash hits multiple times, with the final burst launching the foe. Their forward, up, and down aerials have nice range and their up and back aerials are good launchers. Their down aerial is a meteor smash that can be a bit tricky to land since it's so narrow. The Gunner can wall jump.