This is the Mega Man stage that returning fans had to know was coming eventually, where you will face off against the eight robot bosses again, all in rapid succession. There are a few important differences, however. 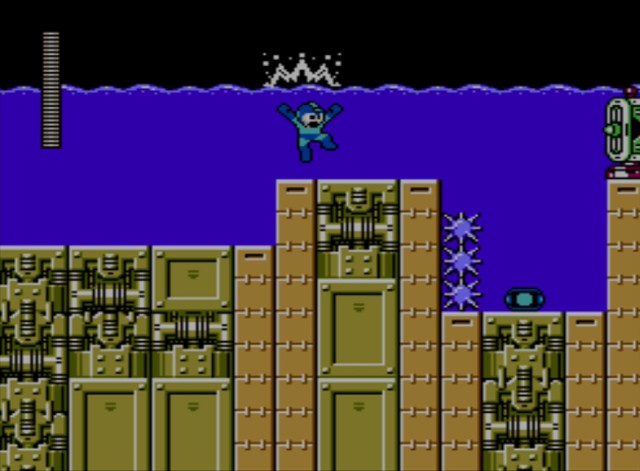 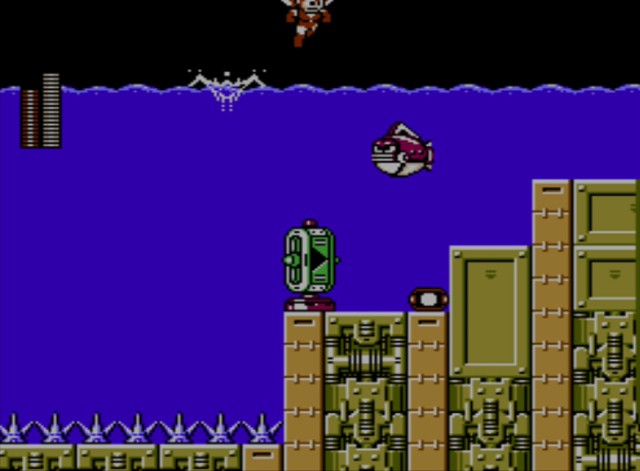 The first difference is that the level leading up to the chamber with the boss battle capsules is actually rather demanding. As you start to the right, you'll find that you're underwater. Ahead, there are spikes and a device that blows and sucks, trying to pull you toward it and possibly the spikes. There also are large fish at random intervals.

Advance cautiously, and make sure you drop between the double spike columns (when it's safe) to grab the E-tank, if you need it. Just past that, you'll find a wide field of spikes. Stand on the left side and switch to the jet suit. Then jump out as far toward the right as you can and let the jet propulsion carry you to high ground. From there, you'll need to continue your advance past more of the current-altering machines and fish, until you reach a ladder. 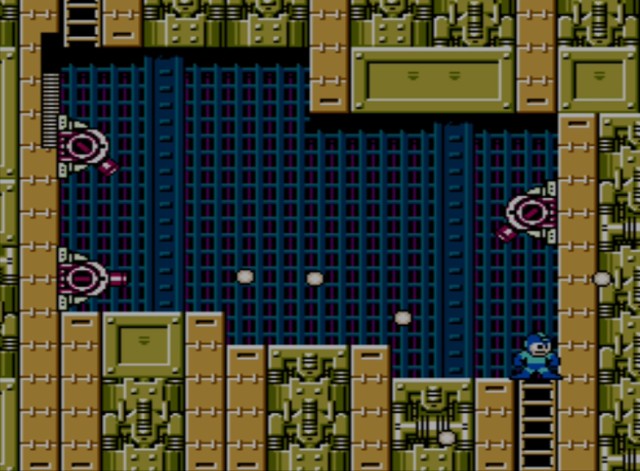 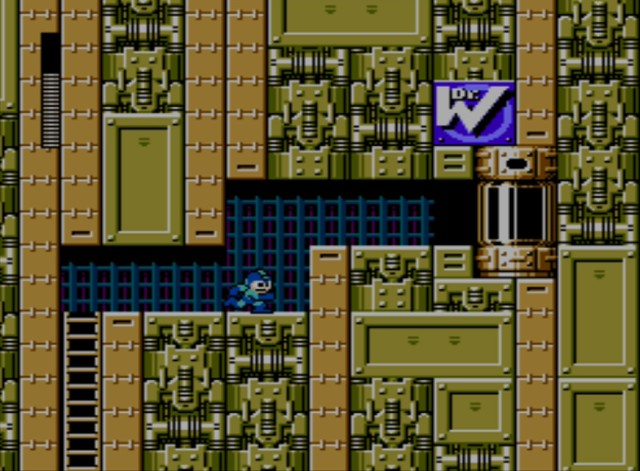 Climb the ladder into the next chamber, where you'll find three cannons mounted on the walls. Stay at the top of the ladder at first, and fire on the lower of two cannons on the wall to your left. Then when it is gone, run over and stand below the higher cannon. Face right and you can safely take out the cannon on the right wall, from afar. Then you only have one more to worry about. Use the jet suit to gain proper altitude to hit it with your shots, since at this point you should be conserving your special weapon energy.

Once you eliminate the last of the cannons, climb the ladder into the next chamber. To the right, you'll see a large capsule. When you pass through that, you'll be in a new chamber with quite a few more capsules. 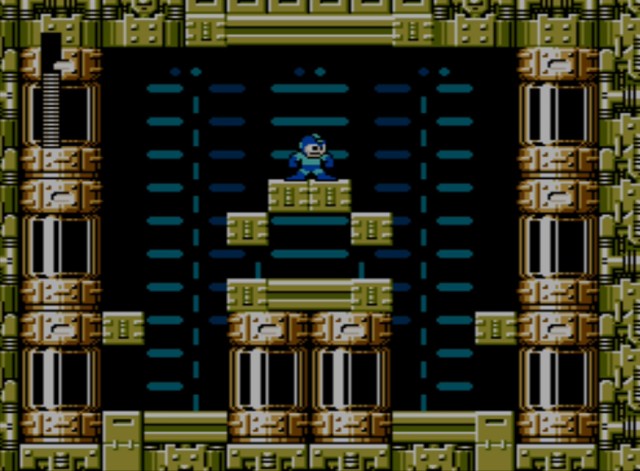 Each of the capsules here leads to a boss encounter with one of the robots that you've already defeated. When you defeat a given robot, it will drop a large energy capsule, so you can partially refill your life. This can allow you to avoid using too many E-tanks. You want to defeat the last of those eight robots with at least 2 E-tanks remaining, for use in the next stage.

When you defeat the last of the eight robots, a new capsule will appear. You can step into it and that will finish the stage without a separate boss battle (which is a bit of a surprise, since previous games in the series would have given you a chance to rumble with Dr. Wily).