This stage is relatively short and bland, but no less difficult because of it. The biggest trial is the slow drain of your life meter, because brief skirmishes with weak enemies gradually take their toll even if you avoid taking damage two times out of three. 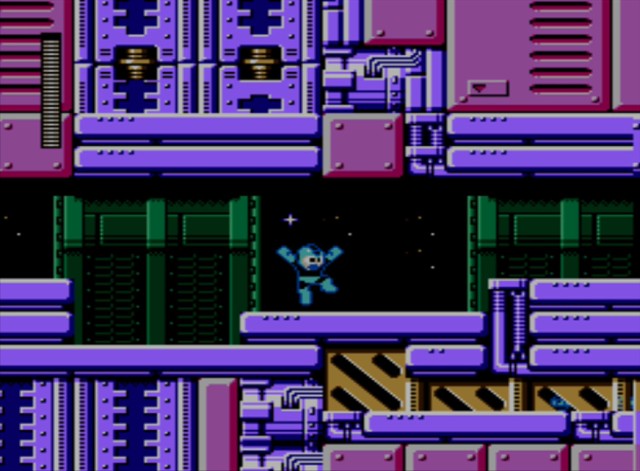 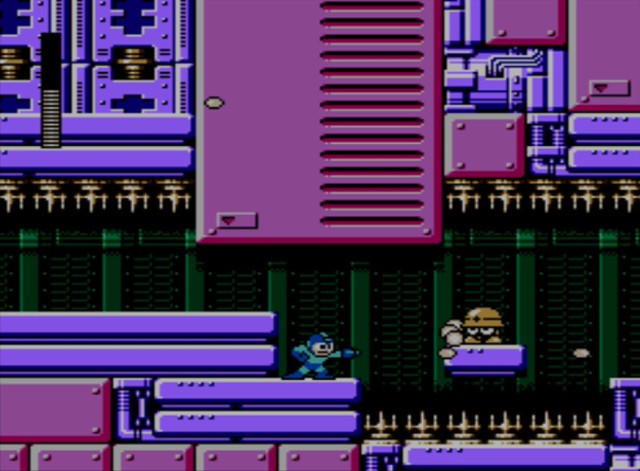 Start toward the right and you'll see hardhat enemies perched along low ledges. Try to bait one of them to attack at a time, so you have fewer bullets to avoid. Then keep going. Notice that the ledges head toward the ceiling, and there's also a hidden opening where the faint orange wall with black diagonal lines is positioned. You can drop through a hidden shaft to collect special weapon refills, or hop to the right and keep going to face mobile drills.

A few of the drills will charge you, so be ready to blast them quickly to avoid taking damage. Continue past them and drop down to deal with a couple more hardhat enemies. Avoid jumping here, since spikes line the ceiling. And further to the right, you'll find another drill and spikes along the floor. Proceed cautiously here, with a light jump to the ledge with the hardhat, and then another mild hop to the right so that you don't hit the spikes overhead. If you want to cheese it, you can hit the hardhat intentionally, and then make the jump while you are still briefly invulnerable to spike damage, but that's still risky. 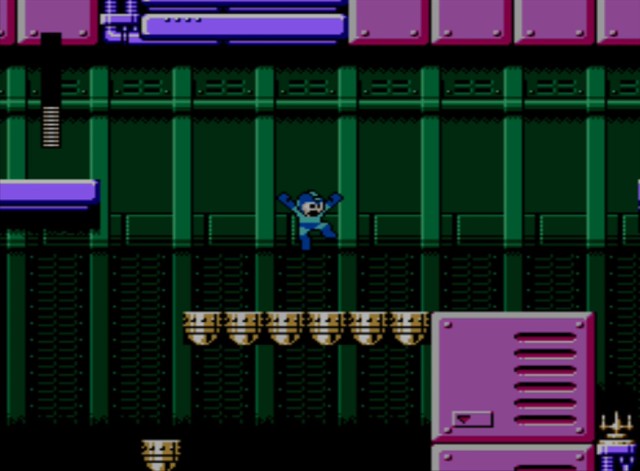 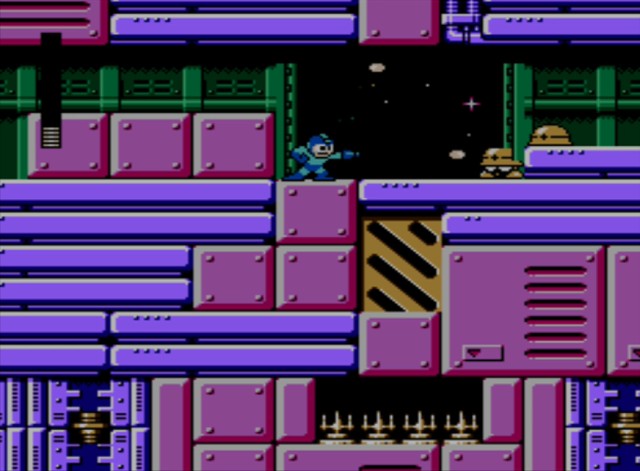 Once you reach the next screen, you'll see a bridge made out of what look like bongo drums (or really chubby bullet shells). When you start across it, you'll find that they fall out from under you, so make sure that you advance in a hurry and don't stop to admire the view.

On the far side of that bridge, equip your jet suit and fly over a spiked floor. Then start through another room with purple ledges. Note once more the yellowish walls that signify a hidden opening. You want to avoid any of those that you come across now, since they can cause you to drop onto spike beds. And be ready to fire your arm cannon when needed, as you'll encounter more of the mobile drills and quite a few hardhat enemies as you proceed. 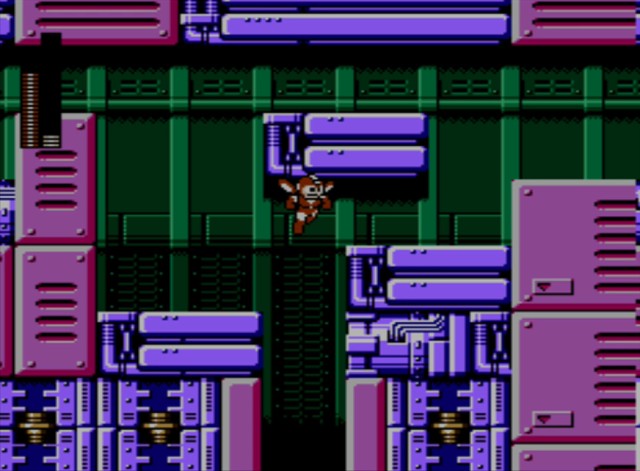 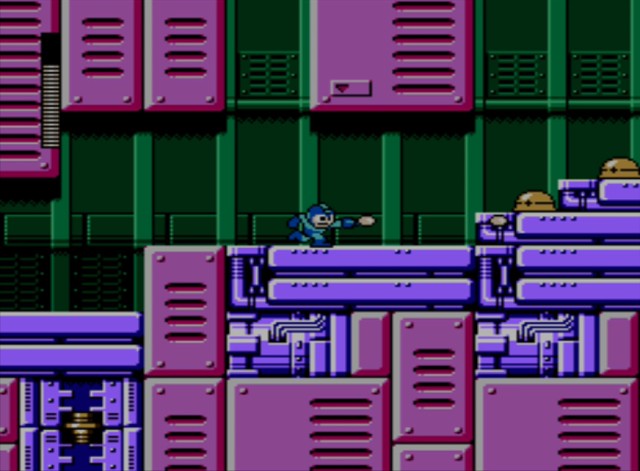 Past the last of the hardhats, you'll reach a room with more flying enemies and bouncing skull robots. These guys are good at hitting against you and doing some hefty damage, so be ready to take care of them with charged shots or special weapons. Move carefully toward the right, and then use your jet suit to safely reach the high ledge without taking the risk of following the lower route forward.

Now you'll deal with more of the bouncing skulls and more flying enemies as you keep pushing onward. When you reach the far right side of that area, you'll find one more chamber with quite a few of the hardhat enemies, and beyond them waits the door to the area boss.


For this particular fight, you'll want to rely on the Silver T. weapon, which is hopefully refilled after any use in the previous stage. 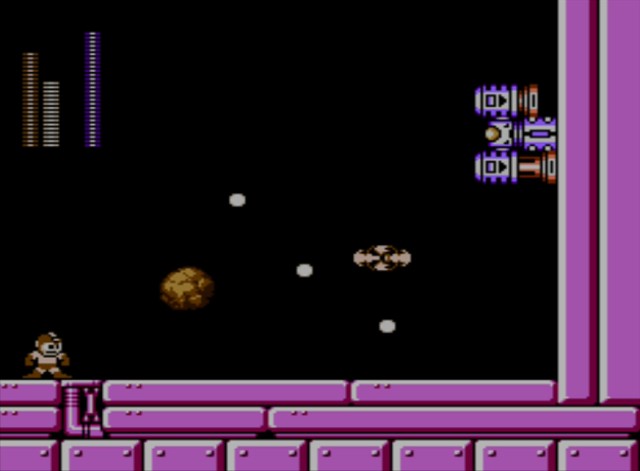 Your opponent is a wall-mounted turret that drops boulders and also fires a spread shot. It is positioned on the right wall, so you should stay near the left side of the screen. That will allow you to avoid most hazards, including the falling boulders, and it gives you more time to jump or otherwise avoid shrapnel.

Throw the tomahawk as the enemy robot is reaching nearly the furthest point on the far wall, assuming you're near the far left, or adjust accordingly as you move closer to the center of the screen. The tomahawk does a lot of damage with each hits, but not so much that you can afford to miss too many times. If you do, you'll run out of shots and then the only way to reach your target is to equip the jet suit and fly up to his level, which lets you fire standard arm cannon shots. Those do relatively little damage, especially compared to the tomahawk, so definitely try to avoid having to rely on that secondary method. Assuming you aim your shots well, this is actually an easy fight. Otherwise, not so much.