This stage is the perfect starting point, whether you're a Mega Man pro or just taking your first step as the blue bomber. The stage is a sparkly blue one, with mostly simple enemies until the very end. Most of the difficult foes can be avoided, or fall to a few shots from the standard arm cannon.

Begin by heading to the right along the ledge. There's no threat until you reach the end. Below, you'll see a red-hued robot shooting regular shots at the base of the ledge where you stand. Drop down between shots. Even if you take a hit, it won't do much damage. Once you land, immediately let loose with a barrage of shots. When that robot is toast, proceed to the right along the lowest level. You'll want to move quickly, as the tier above you hosts two more of the red-colored robots. The won't hit you with their shots by default, for the most part, but if you stop to smell the roses, they'll change the arc of their shots and give it a good effort.

Beyond those robots, you'll find a ledge to jump to, where there's another red robot. Take him out quickly, then hop up another level and continue to the right. You'll drop down to the lower portion of the screen again, so keep moving until you come to the wall, then jump back up toward the left and take out the red robot that waits there. Now hop back to the right and drop down the pit. 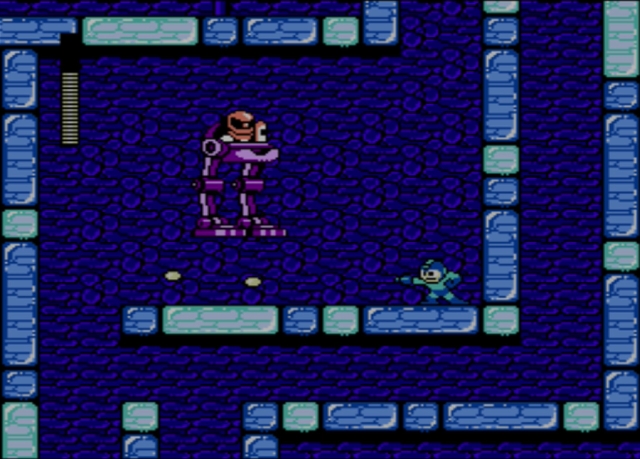 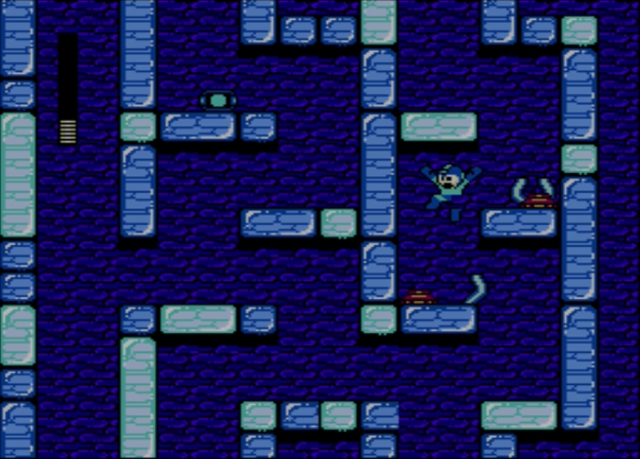 When you land, look left and be prepared to shoot the giant mech a robot is riding. It will take around five or six shots to destroy the machine, and you'll probably want to make small hops as you shoot to avoid any shots it might fire. Avoid contact, as a direct blow will do quite a bit of damage to your life meter. When you shoot the mechanical legs enough, the machine will explode and its rider will then fall to your level. This guy carries a shield, and will only be weak when he has turned to fire at you. When he does, hit him with three quick shots, and be prepared to hop over each of the shots he himself fires. He'll then shield himself again. When he's firing next, three more shots should finish the job you started.

At this juncture, you'll be near the top of the screen, on a set of small platforms with another of the leggy robot mechs below. You have two opportunities worth your consideration. The first is to hop across the gaps and fall down the right of the two pits (don't fall down the left one, or you'll have to fight more enemies and miss out on the opportunity to grab an energy tank). If you're low on life, you may prefer the second option, which is to hop quickly to the right side of the screen, fall along the wall, and land in the tiny hole with an energy refill. If you choose this method, you should then quickly turn left, take out the robot mech, then his rider. The good news is that as long as you stay in that groove, you won't have to worry about dodging the smaller robot's fire (though until you've taken out the mech, its shots pose a threat). 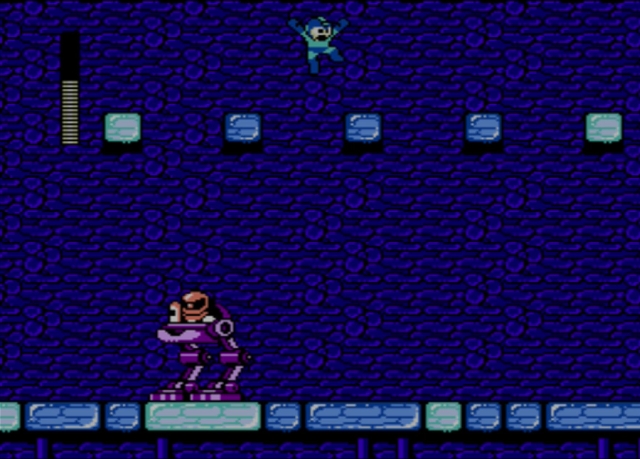 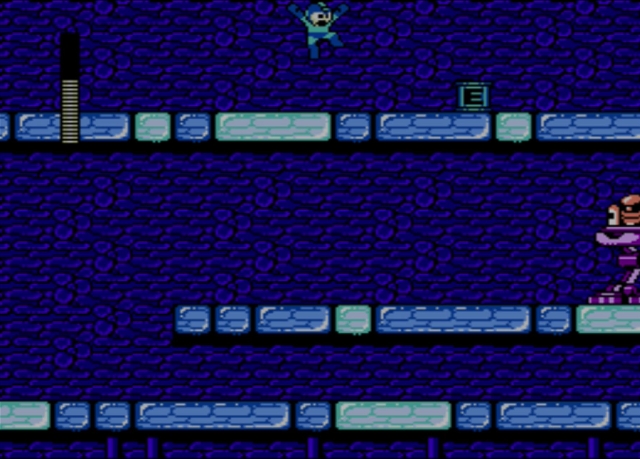 Either way, you should end up dropping down the right of the two pits on this screen, as referenced previously. Now, walk to the right and notice more of the mech robots below. There are two of them that you have avoided by taking the route I outlined. You can thank me later. When you reach the end of the first ledge you're on, you'll see a series of single-block ledges. The gaps are wide, so practice your jumping skills to get all the way across to the opposite ledge, where you will find an energy tank. Below, you'll see a ledge with another mech robot. This one, you'll soon have to fight.

Once you've retrieved the energy tank, head back left, then drop down to the lower level. Walk to the right, hop onto the ledge, and sidle to the right. Defeat the robot and rider (be careful not to get knocked back by enemy shots, as this may result in causing another mech to appear when you head back right), and from there you can take a long leap to the right to pass through the gate leading to the level's robot master.


Your first robot boss encounter will be a piece of cake. His primary weakness is the Bubble Lead, which you don't have yet if you're following this guide strictly. Regular arm cannon fire works smashingly, however. Just stand near the gate where you start, jumping and shooting for all you're worth. He'll likely fall to your shots before he even gets close enough to touch you. If not, be ready to switch sides of the screen. 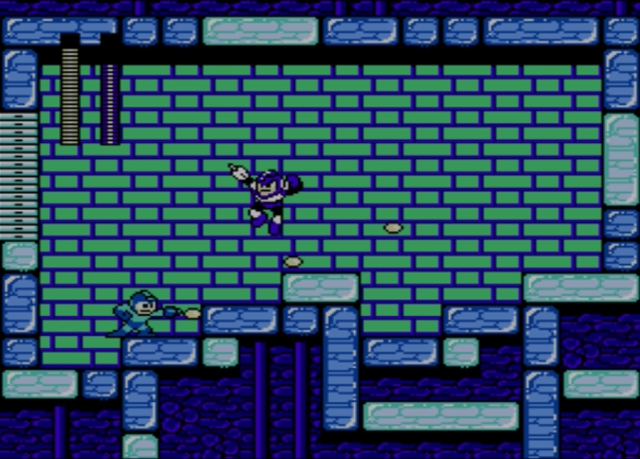 When you hop a lot, Flash Man will pull out his special attack, a move that freezes you where you are so he can take a few shots at you with his own arm cannon. This will only happen during extended fights, for the most part. So, if you've followed the strategy in the previous paragraph, it's a likely non-issue.

If you do have to hop around a lot, at least you have the ledges at various elevations working in your favor. During an extended fight, contact is almost inevitable, so be prepared. When you win, you'll gain his Time-Stopper freeze ability, as well as Item-3.