After such a great adventure, it all comes down to this. Dr. Wily's true lab is hidden deep within the rock crater. After a long fall down a tunnel shaft, you'll have to venture to the right along a hallway dripping acidic ooze. 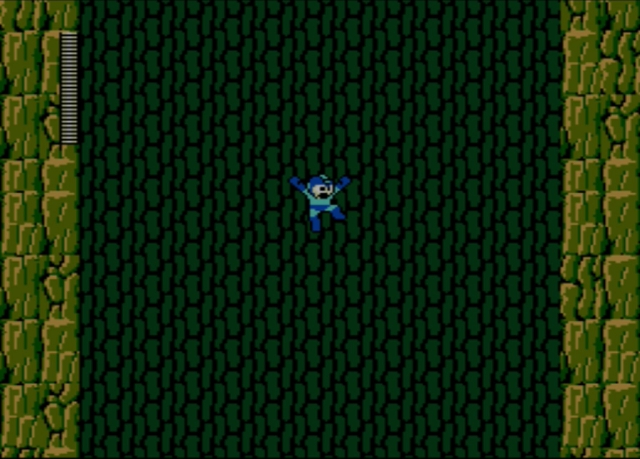 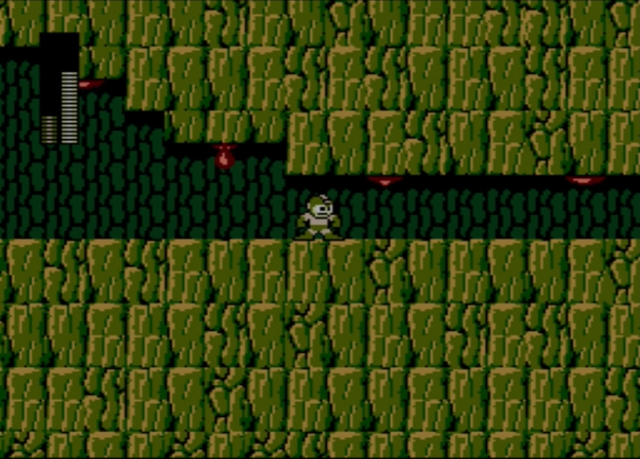 If any of the drops touch you, they do quite a bit of damage. For the most part, they're in single or double formation. Just wait for a drop to spatter against the rock, then move forward. There are two sets of three droplets, and in these cases, you have to move at an even speed once the first drop falls. It's not hard if you're patient. At the end of the corridor, there's a gate that leads to the final encounter.


At last, you've truly made it to the game's boss. When you enter, you'll see what looks like Dr. Wily emerging from a space pod. However, the body morphs. Suddenly, you're fighting what can only be described as a skeletal alien with a giant green booger over its head. 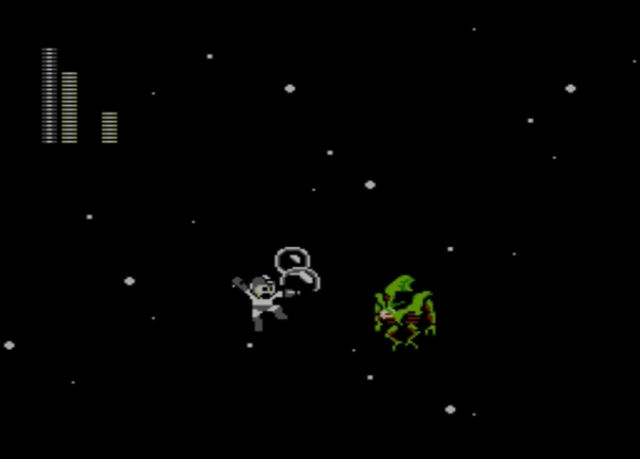 Throughout the fight, gravity will be working against you, though it's not possible to see which way things are blowing because the whole room is dark, aside from your glowing rival. Just push against the gravity until you get within range, then jump and rapidly fire shots from the Bubble Lead weapon. Be careful not to waste ammo, though. Also, try to avoid contact when possible. Touching the alien form damages you a great deal. Hopefully, you still have two energy tanks left, just in case.

After about twelve shots with the Bubble Lead, Dr. Wily will be finished. Now it's time to enjoy the game's ending and closing credits.