Though this stage is quite short, to the point where there's no checkpoint at the middle, you would do well to not expect a walk in the park. There's a lot of danger packed into its few brief corridors.

From the ledge where you appear at the start, walk off it to the right, and press against that wall so that as you fall into the next room, you land on a single-block ledge nearby. From here, you can use Crash Bombs to destroy a twin set of barriers that blocks the castle's final energy tank. If you have all four energy tanks already, of course, you needn't waste your time. 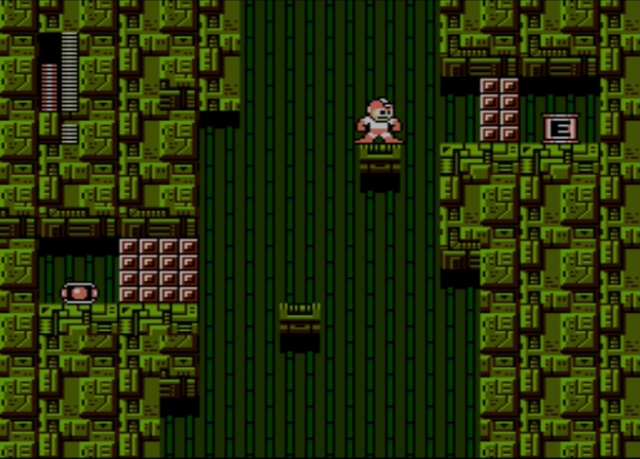 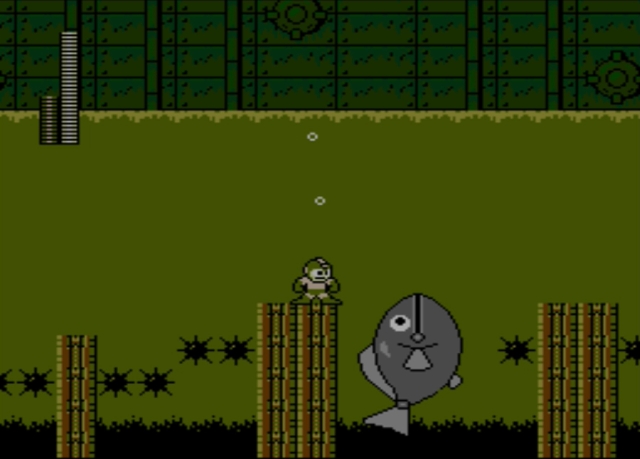 From the hole where the energy tank rests, go ahead and jump back out to the block, then to the next block that hangs in the air to its left. Walk off that block and make a straight drop down through the next screen, and to the screen below that. You should land nicely on a ledge between two spike-filled pits.

There are more spike-lined pits to the right, with ledges between, and you'll need to cross over the ledges and head to the right. Note that you're underwater, so remember your jumps carry you further than normal. When you see pits that do not have spikes lining them, beware. Giant fish will leap out of these pits if you get to close. Good jumps will carry you over those monsters. You can make a small hop while standing near the edge of the ledge, which will usually lure the fish out so that you can then safely jump across as they drop back out of sight. 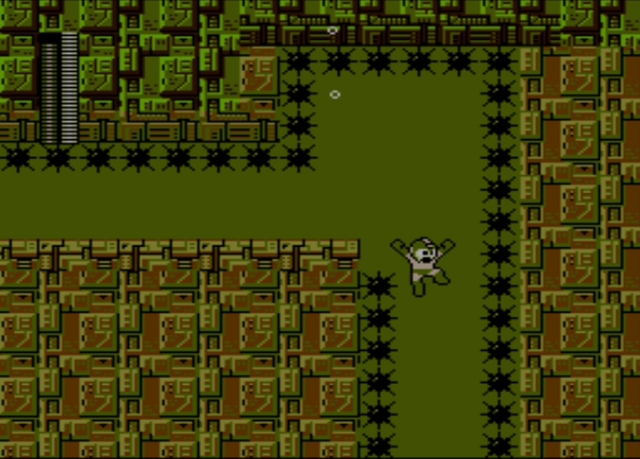 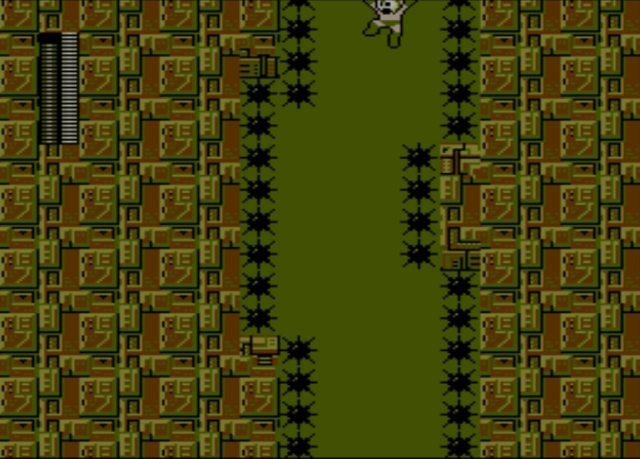 Beyond the pits of spikes, there's a low ceiling with more spikes ling it. Continue along that path and you'll soon come to a steep drop ahead, with spikes lining either side. When you fall through that opening, you want to be lined up with the middle of the passage, or you'll hit unseen spikes in the next screen. As you fall into the next screen, you'll want to snake your way through another series of spikes, so that you're again at the center when you drop into yet another spike-lined screen. From here, just fall straight down until you land on a ledge, then loop around those ledges and spikes and drop down the left side of the screen, to the bottom of the passage (keep to the right here to avoid a final set of spikes). Walk right and you'll be able to jump out of the water at last. 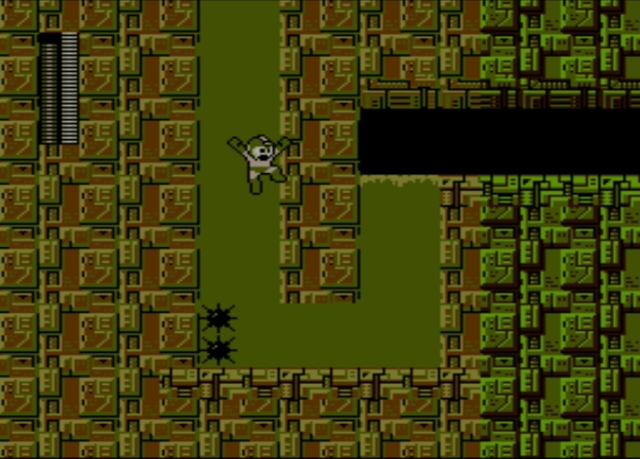 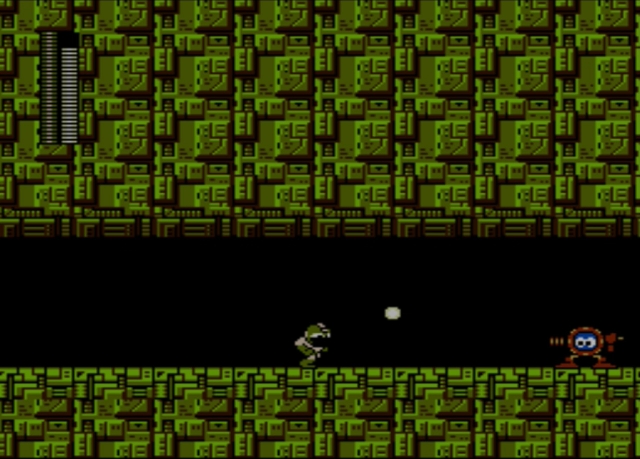 From this new ledge, drop down to face a hallway with more of the red, bullet-firing robots. Such weak opposition should come as a relief by now, and shortly thereafter is the gate leading to this stage's boss.


This cheerful looking dozer is not as friendly as he might at first seem. When he rolls onto the scene, jump onto the tip of his upper deck, out of range of his smashing fists, and from there jump into the air and start throwing Quick Boomerangs at his head. A few shots to the face will put the machine out of commission, but there are complications. 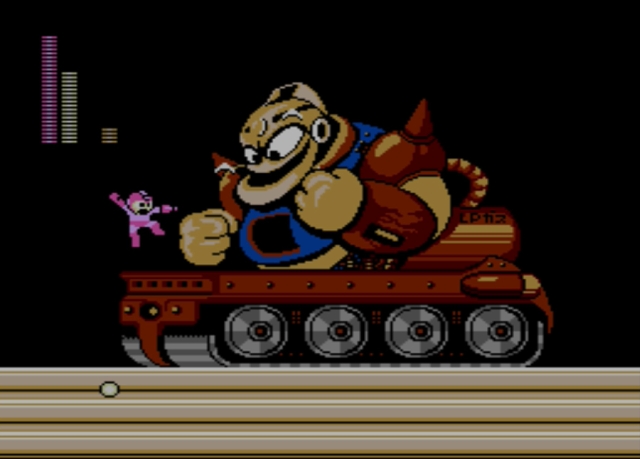 For one, jumping into the air from a moving dozer is difficult in that your safe landing may change position. So be careful that you land correctly, and don't fall into a fist on the way down or let it roll into you. Also, the dozer sends hardhat enemies out of its mouth, and they make things difficult. However, if you were quick on the offensive right from the start of the battle, you'll probably be watching the dozer explode before it gets much of a chance to try anything fancy. This is not really a difficult battle.