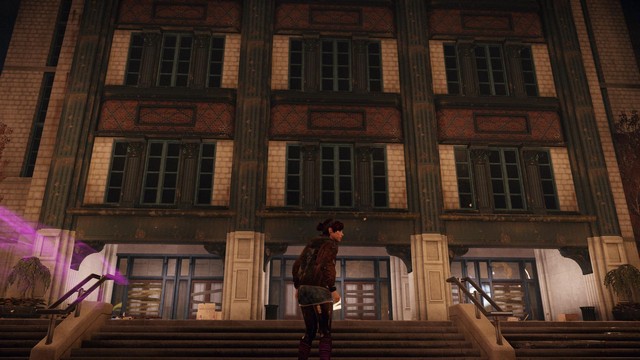 The previous mission segues into this one. Head to the waypoint and take out the guards, then simply walk up to the door and open it. 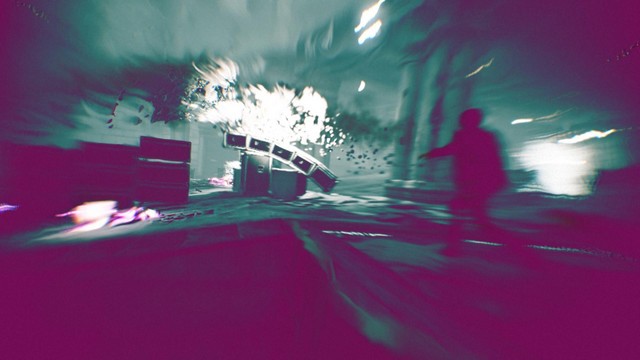 You're not at your best here. You can't see your HUD and everything is distorted. Circle the DUP goons and blast them. Hang in there for as long as you can, and some story things will happen. You have very little agency here, so just run around until you get to a creepy part with a skeleton and some glowing people. 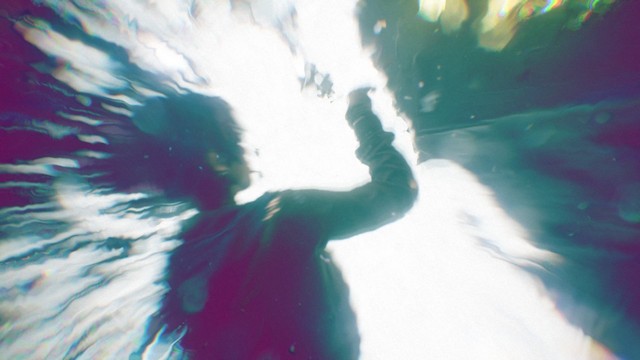 When these guys grab you, hold R2 to blow them up. Then more story stuff. We're not done yet! 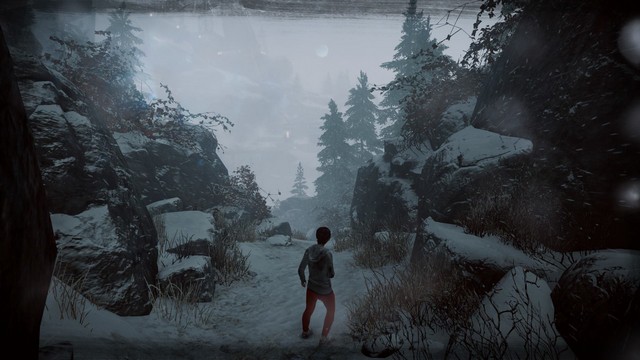 Snow! You've taken some hits so you can't do much more than move forward, so do that. 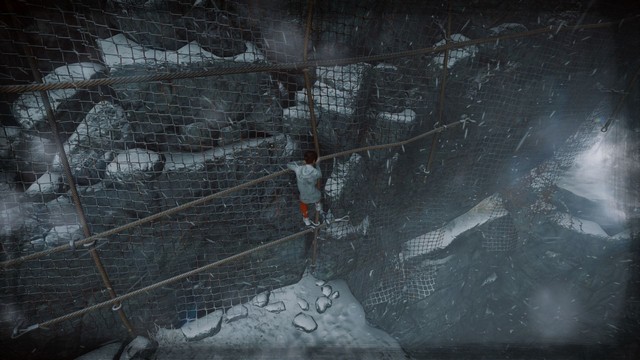 When you reach the gap, climb across the fence, jumping to the right when you can't climb right any more. Make your way to the structure and ride the elevator up. Climb the ladder and proceed. (This is all very linear. You really don't need this guide for this.) Cross the boards and climb the next ladder. Head down and along some more boards until you fall. Whoops! 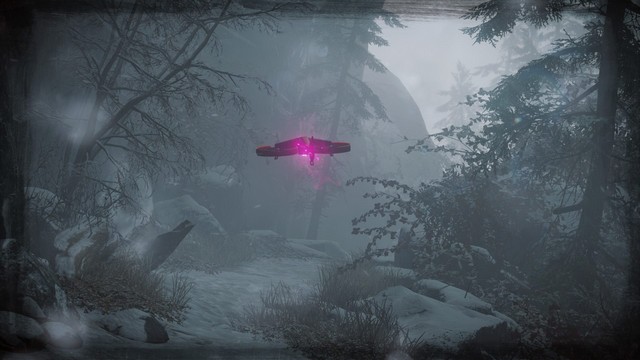 I guess Fetch can just control machines with her mind like Iron Man now. Follow the drone until it crashes, then absorb the neon that all drones carry within them. Woo, you have you powers back! Head to the cliff. It may seem like a waste, but you have no choice but to use your Singularity here. There are a few stragglers left, so take care of them. You can do this from above on the cliff, or head down and get your hands dirty. It's up to you. 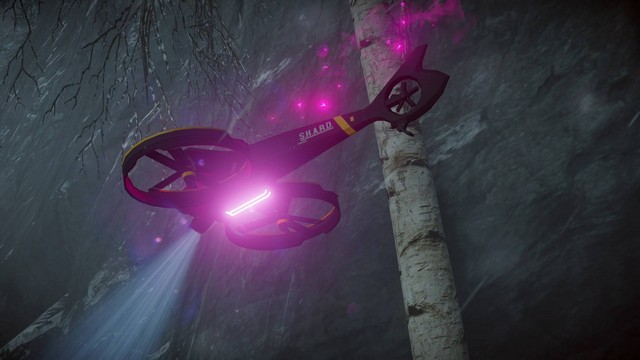 Once they're gone, take a look for the drone that's flying around. (It's green when you ping.) Shoot it down and drain its neon, then continue towards the waypoint. There's are other drones on the way if you need to top up on neon.

There's another group of DUP guys to take care of. They're pretty much the same as the last one. There are drones here, too, if you need them. Further along, there's a helicopter that will actually just fly away on its own. You can blow it up if you want to, though. 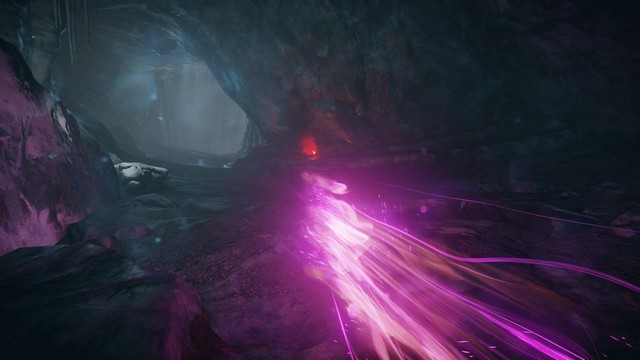 Continue along, dashing and avoiding the rubble. 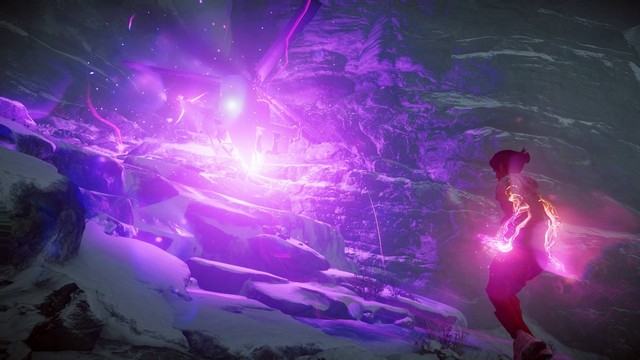 This next fight has a helicopter so take it out, along with everyone else. This area also has several rooks, so perhaps it's best to use a Singularity. You very likely need neon, so drain some and move on. 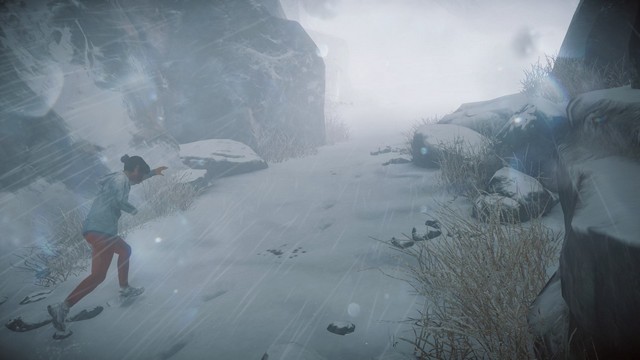 Once you reach the APC and find that Shane isn't inside of it, the weather will take a turn for the worse and you'll have to make your way through the storm without running. Follow the trail. When you reach your target, press R2 to make him suffer. When prompted, use the touch pad and R2 to give Shane what he deserves. Enjoy the ending! Or maybe the beginning, depending on how you look at it.

Clearing the game unlocks new "Unleashed" powers, basically for use in the Arena mode. You'll need skill points to unlock most of them, though. You'll also unlock the Alpha Survival and Beta Rescue challenge missions. 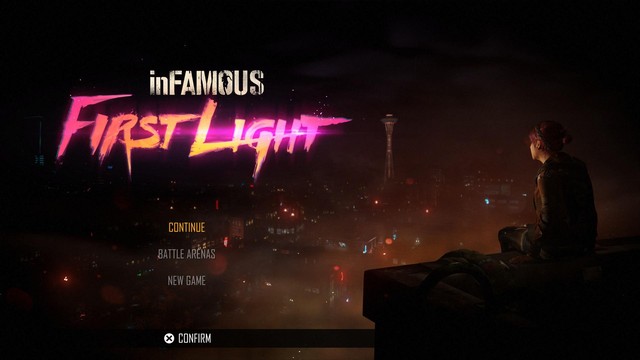