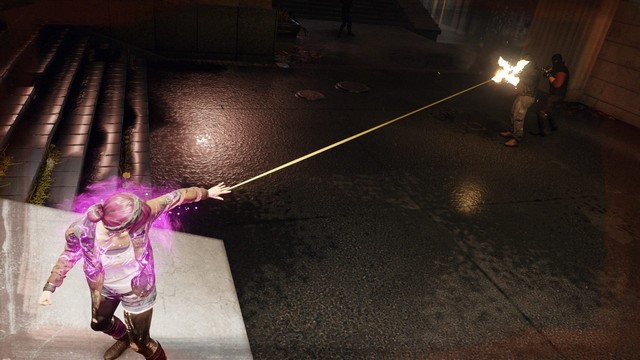 Right away, you'll be surrounded by a few thugs, so take them out. Search one of their bodies to find a radio transmitter. You can use the relay on the roof to do a super mega ping to find the trucks, which are your targets. 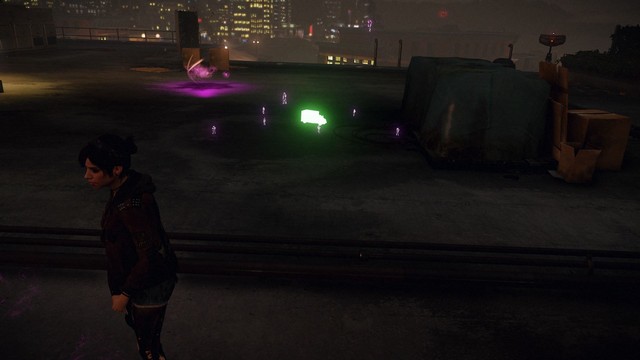 Head to the nearest truck and take out the surrounding enemies. Once they're gone, head down to the truck and destroy its cargo (you can do it quickly with a stasis blast), then tag the truck with neon graffiti. From there, it's pretty much just more of that. Seek out all six trucks, destroy their contents, and tag them. Keep in mind that enemies will come out of the backs of the trucks when they know you're there, so the best way to deal with them is to approach from behind and unload some hot neon into the backs as soon as they open up. When there aren't any trucks nearby, head to a relay and ping to find them. 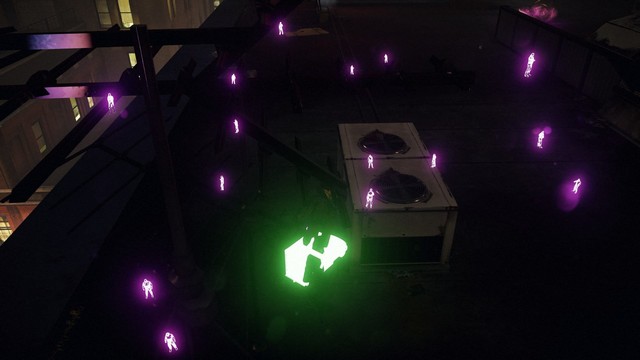 Around the fourth truck, some DUP guys will show up as a distraction. They're stronger than Shane's goons, but nothing you can't handle. There are a LOT of goons around the sixth truck, so you might want to have a Singularity handy, though even then you'll have a lot of enemies left to fight. Re-enforcements show up, and you can get the literal drop on them if you climb a building and Comet Drop on them as they funnel themselves through a narrow alley, Spartans style. Once they're all cleared out, destroy the drugs and tag the last truck. The next mission begins immediately. 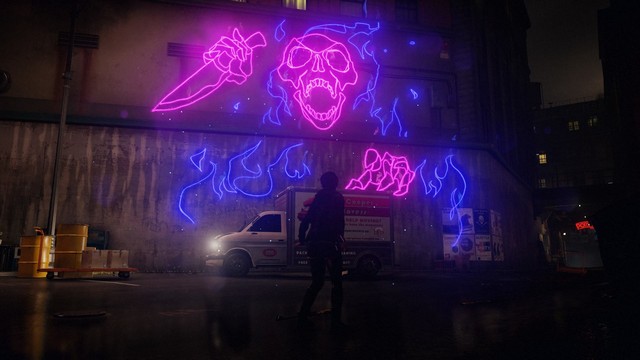 NEXT: Storm the Castle