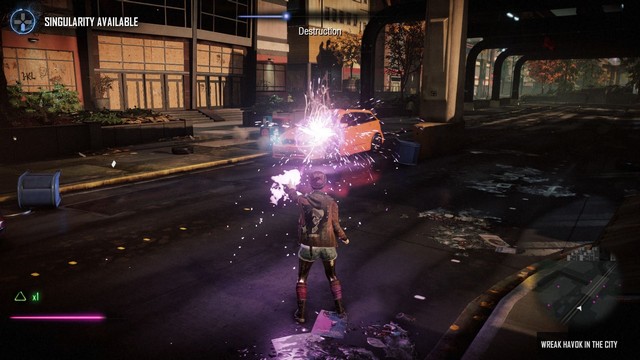 Simply cause trouble to create a distraction. Get into fights. Blow up cars. Shoot civilians. Whatever you want to do. Watch that "destruction" meter fill, and head to the police station once Shane calls for you. 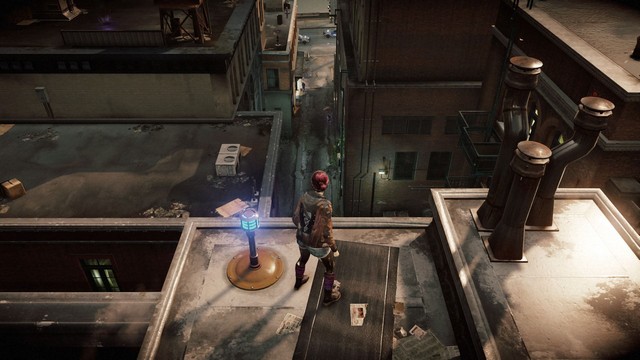 Well, here's a sniper point. You know what to do. Take out the cops on the street, pausing to shoot the snipers when they aim at you. Remember that your targets will explode when they die, taking out any nearby enemies with them. Do not let any of them reach the building or you'll fail the mission. If you get overwhelmed (and you might, at the end) bust out the Singularity. Head to the next waypoint and just let the story happen.

Meanwhile, back in the present, you've got another new power to try. Homing missiles! Press R1 to fire a barrage of homing missiles that, shockingly, home in on enemies. Now you'll have to fight a whopping 20 waves of enemies. These are demons, courtesy of Eugene, who you met if you played Second Son. Homing missile ammo is somewhat limited, only recharging when you drain neon from some neon source, so you won't be able to abuse them as thoroughly as you abuse weak points, but they're definitely powerful. 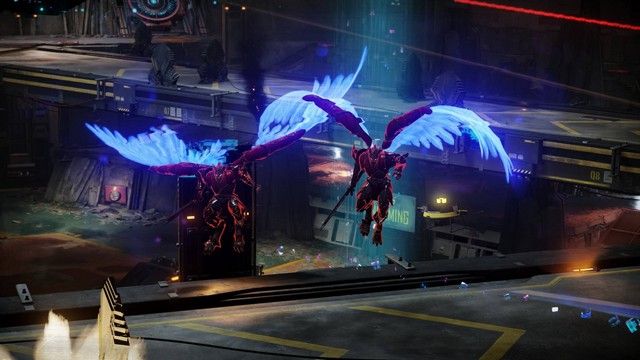 There are several types of demons you'll have to deal with. Most of them are best tackled from a distance. The tiny Swarmers can be taken out en masse with Stasis Blasts, or you can squash each one with a melee attack to refill your Finishers quickly. If they grab you, use a stasis blast to shake them off. The Fallen Angels are weak, but have a powerful laser, while the Summoners take a lot of damage and summon Swarmers. The orbs that orbit the Summoners are their weak points. The grounded Wraiths have powerful strikes and are immune to your neon bolt. Take them out with finishers or homing missles. Beating them all unlocks the Gamma Arena Survival Mission.