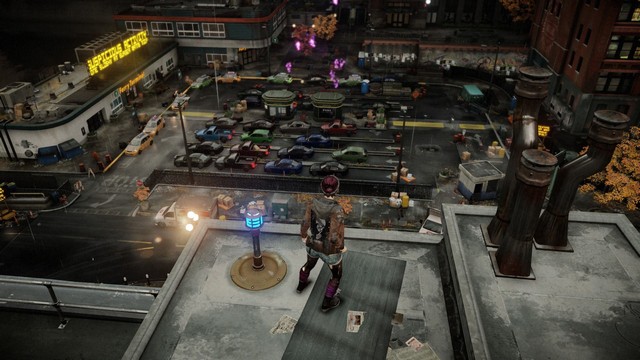 Time for some more sniping. Head to the first sniper point. This one is a bit more active than the previous ones. Use your ping to spot the goons running around the cars. You can blow up cars with a single shot, but obviously only one time per car. When you start getting shot yourself, take out the snipers aiming at you. Follow their totally unrealistic lasers. Then get back to business. Once your Singularity is charged, unleash it to do some real damage. 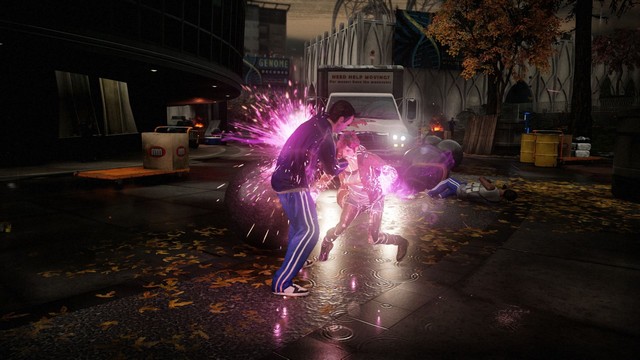 After clearing out the mob, your next goal is a melee. Head to the waypoint and meet up with Shane's men. Anyone with a green aura when you ping is your ally, so don't attack them. (Don't worry about them too much, either. You're supposed to "protect" them but so far I've seen no evidence that they can actually die.) Some Akurans will rush you. Take them out however you want. Abusing their weak points is always an efficient way to take them down. When you come across some snipers on the roofs, dash up the walls and take the fight to them. There's really nothing special about any of these Akurans so go to town on them. After this, you're ready to hunt for Brent.

This is your last chance to save hostages and stop drive-by shootings until the post-game, so complete those challenges now. You'll probably be glad you did.

NEXT: Assault the Motherland