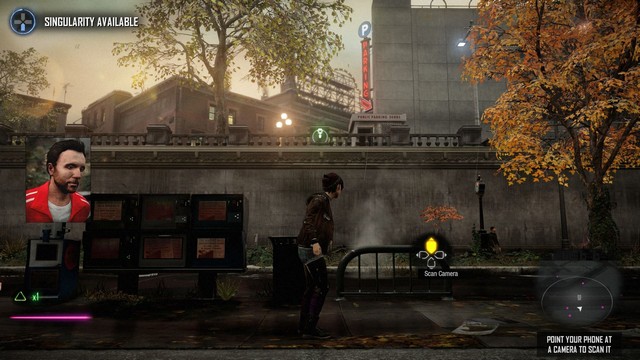 This mission involves scanning various security cameras to "follow" one guy. Use the cameras to see which direction the guy went, and find a new camera in that direction to keep track of him. The cameras will all be within the circle on your minimap. Head to the waypoint and ping to find the first camera. (Much better than hunting cameras in Second Son, isn't it?) Scan the camera by pressing up on the dpad. 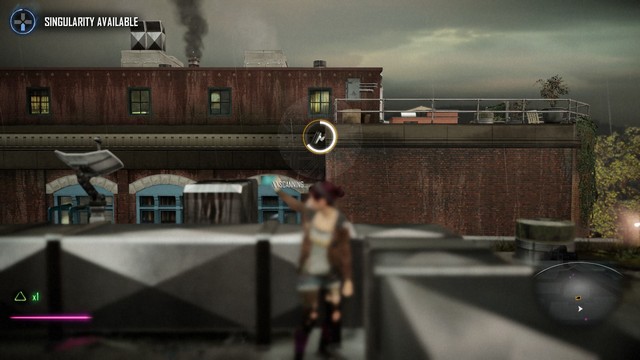 Climb the building behind you, then turn left and hop to the building next to it. Ping to find the second camera. Scan it, too. 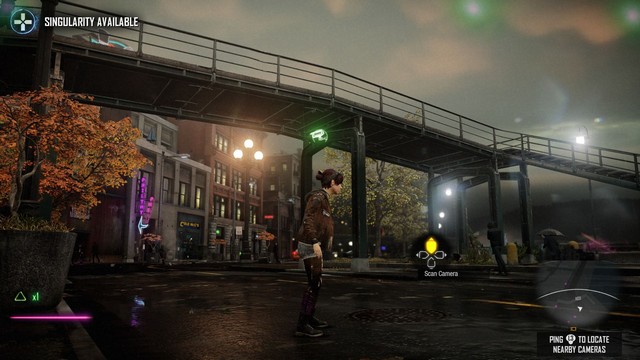 Go to the alley where the camera was pointing and head right. The third camera is beneath the overpass. 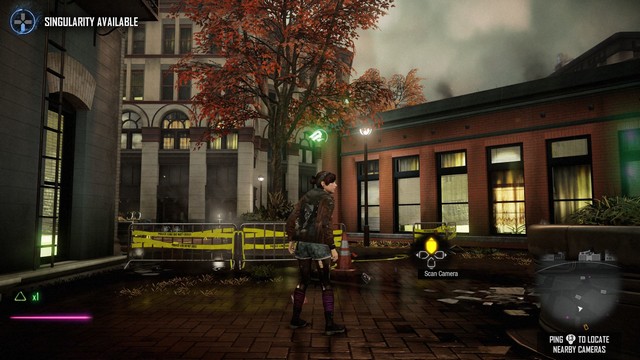 The guy in the video went up the stairs the camera is pointing at, so let's head up there, too. The fourth camera is overlooking the crime scene. 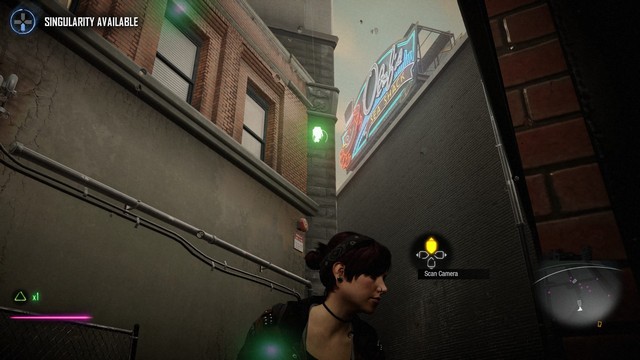 We saw him run right, but the high up camera to the right is a bust, so instead continue around the building with the previous camera attached to it and scan the camera in the alley. 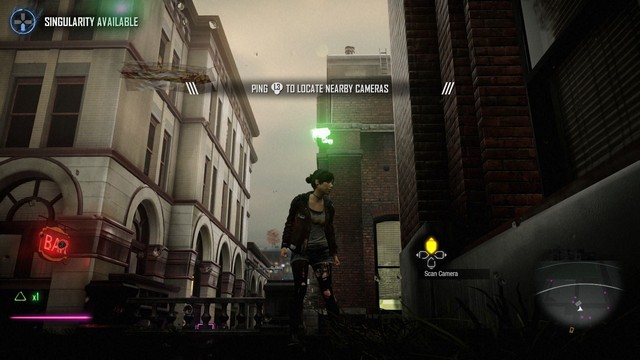 The sixth camera is just a bit farther down the alley, pointing at a dumpster. After watching it, Fetch will remark that the guy dropped something. Head over to the dumpster and pick up the man's phone. That's that!