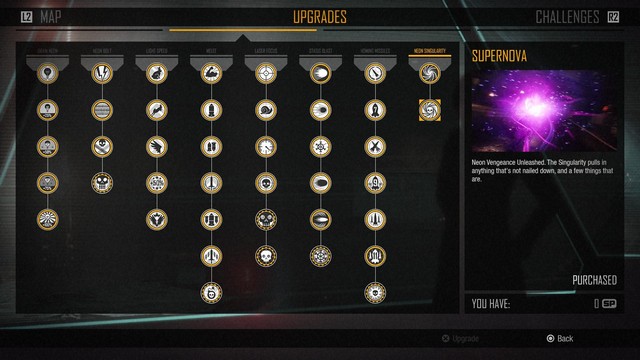 It wouldn't be much of an InFamous game without a bunch of superpowers. Fetch upgrades her powers with SP, which can be earned by completing challenges or finding collectibles. If you want every upgrade, you'll need to complete every single challenge in the game. Most of her powers can be upgraded. You'll have to purchase all previous upgrades for a power before purchasing the next one, so you can't just skip ahead to a later upgrade for a power without having bought the basic ones first. Some upgrades are only unlocked after completing the story mode. Those upgrades will be marked with a tilde (~). Recommended upgrades will be marked with a star (*). You'll find the cost of each upgrade in brackets next to the names. 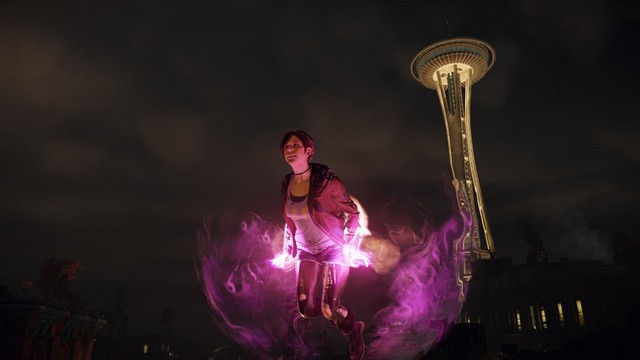 Thrusters - By holding X while in the air, Fetch can fire Neon from her hands to slow her descent and travel farther through the air. This power cannot be upgraded. 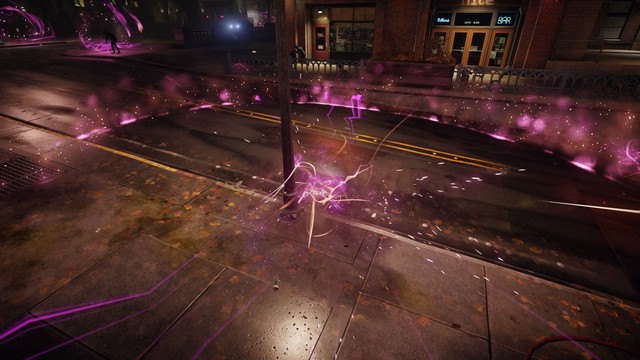 Comet Drop - By holding Square while dropping, Fetch will slam into the ground and damage all of the enemies caught in the resulting blast. The area of effect increases with the distance dropped. This power can't be upgraded. 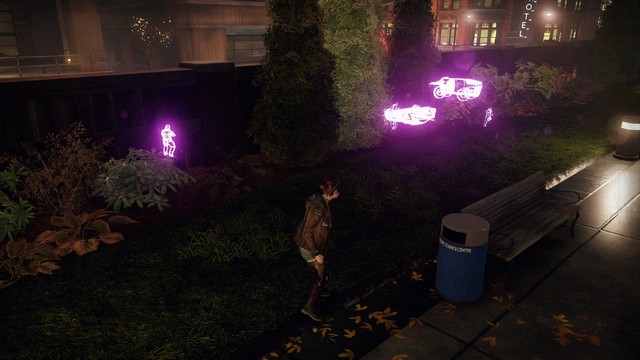 Ping - See enemies and other important things through walls. Press L3 to use it. Can't be upgraded. 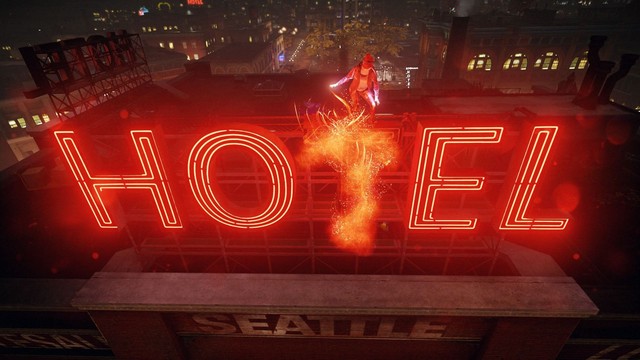 Drain Neon - Many of Fetch's powers tap into her reservoir of Neon to work. You can drain neon from neon signs by pressing down on the touch pad. You can spend SP to increase the maximum amount of neon that Fetch can hold, but you won't really use much while you're just sniping enemy weak points. Mixing things up will drain more neon, so upgrade your maximum capacity when you feel like you're not holding enough for what you want to do. You probably won't need all of the upgrades. 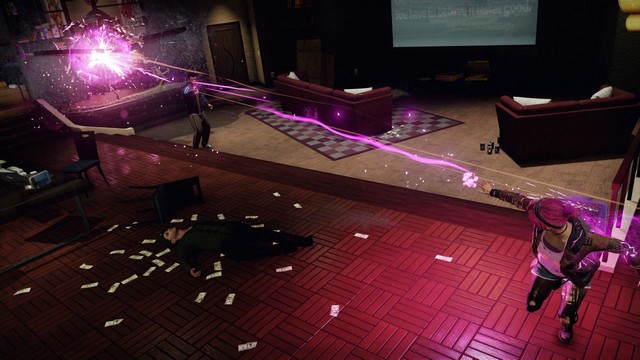 Neon Bolt - Fetch's basic neon shooting attack. Press R2 without pressing L2 to fire a normal one. You can zoom in for better aim if you hold L2. 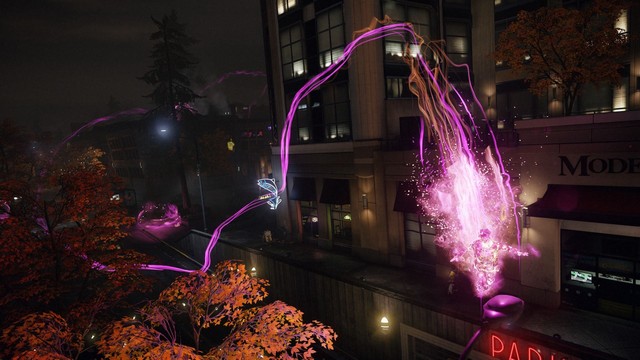 Light Speed - Hold Circle to turn into a beam of light and quickly travel along the ground or up walls. If you dash through a neon cloud, you'll get a temporary speed boost. All of the upgrades for this ability are useful. 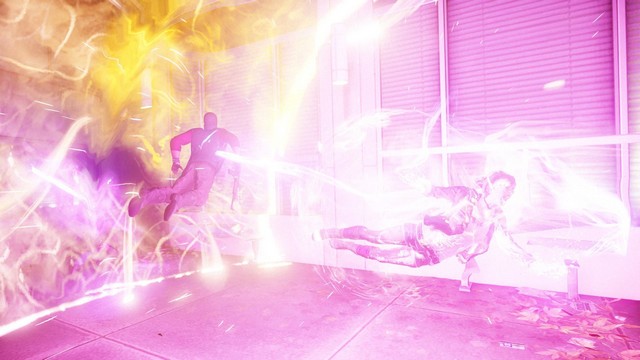 Melee - Melee combat is much more useful in this game than it was in previous games. Press Square repeatedly to throw punches. 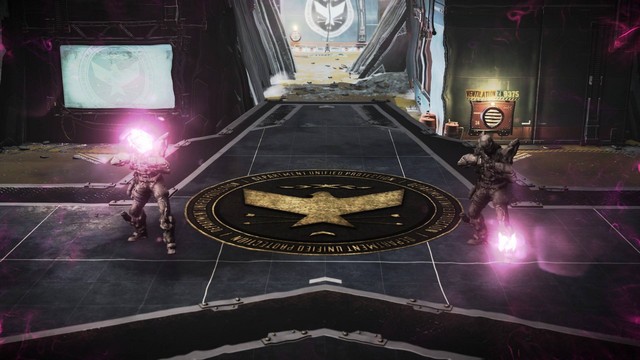 Laser Focus - By holding L2, time will slow down and enemy weak points will be revealed. Shoot the weak points to bring an enemy down instantly. This is a very, very efficient way to take down enemies. 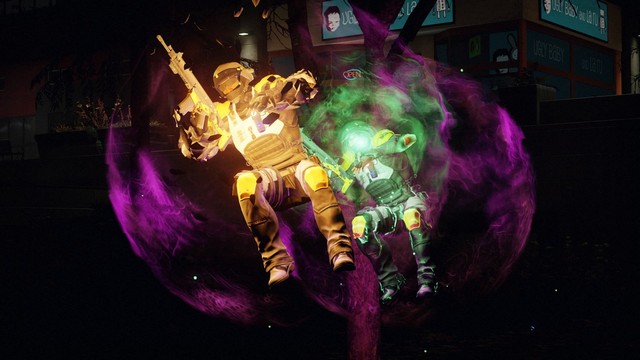 Stasis Blast - Launches a wave of neon energy with L1 that traps enemies in bubbles of neon, causing them to float helplessly in the air for a little while, or until you defeat them. 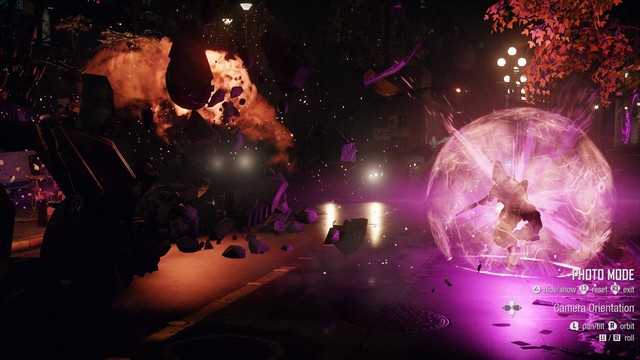 Homing Missiles - Use R1 to fire a flurry of missles (using special ammo that is held separately from your main neon meter) that attach to enemies and explode. 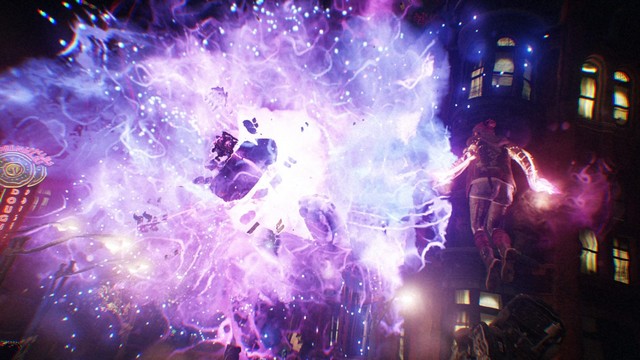 Neon Singularity - This is a super move that is charged by defeating enemies. Press down on the dpad to create a ball of neon that draws enemies in and explodes. The only upgrade for it is free after you complete the story.

If you've played InFamous Second Son, you'll unlock the ability to play as that game's protagonist, Delsin, in the Arena. Delsin doesn't need to purchase any upgrades, and he has access to all four of his power sets, which he can switch by draining different things found around the arena. You can choose to play as Good or Evil Delsin before starting the round. 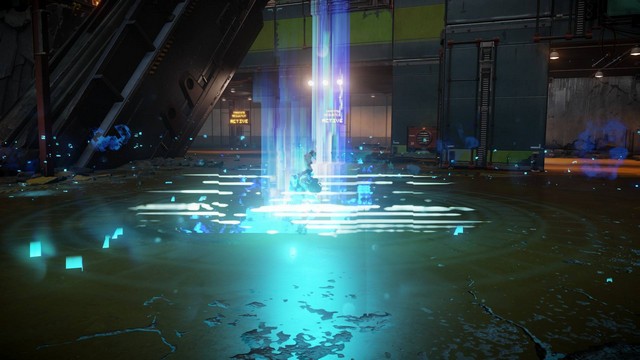 Universal Moves - These powers and moves can be used by Delsin no matter which power set he's using. 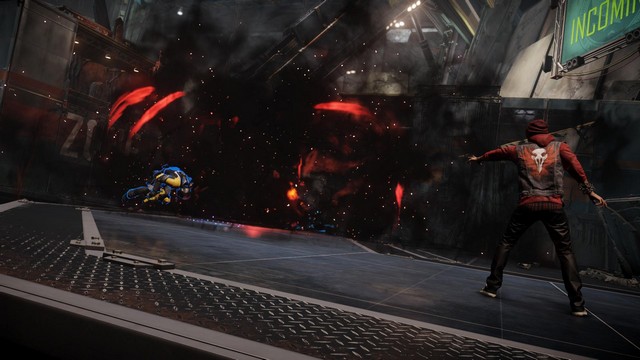 Smoke - By draining smoke, Delsin gains smoke powers. Traversal with these powers is ok, but not great. The same can be said for its projectiles, though the smoke grenades are certainly handy. 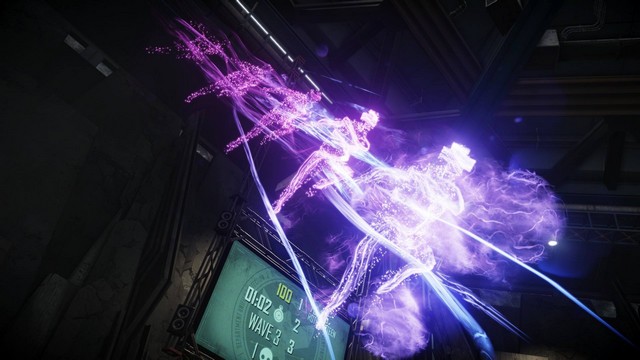 Neon - Delsin can use neon powers, too, but not nearly as well as Fetch can.

Dash Throw - Dash at an enemy and press square at close range to throw them and instantly defeat them. Only works on weak enemies. 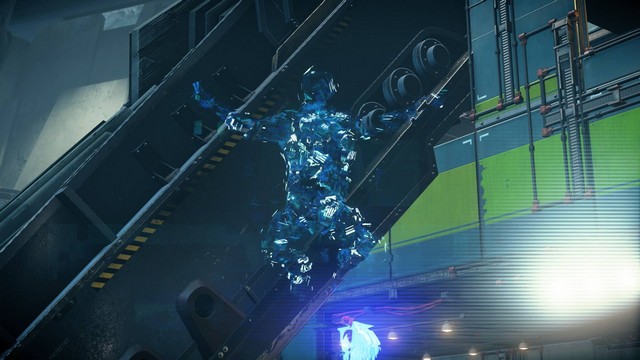 Video - By draining one of the scoreboards, Delsin can use Video powers. These are great for traversal and sneaking up on away from enemies, but aren't so great against large numbers of enemies. Ignore the fact that video isn't a physical thing like neon or smoke or concrete. 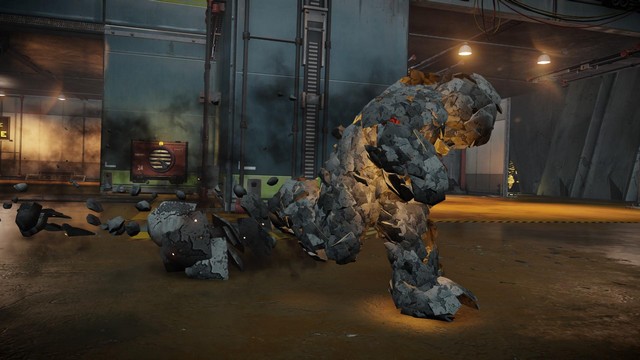