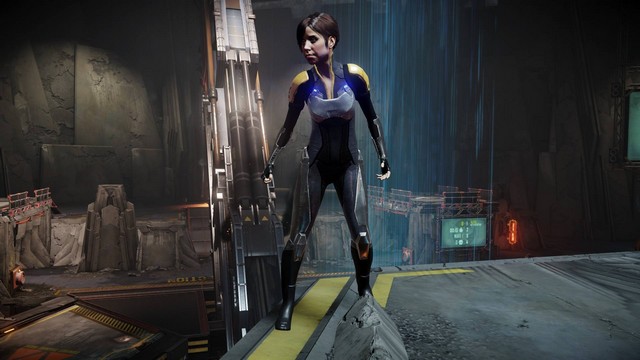 The Arena is a set of challenges to stay alive while defeating enemies for points. You can access the Arena from the pause screen, the title screen, or the DUP Recruitment Center in Seattle.

The Arenas are broken into two types: Rescue and Survival. Rescue Arenas require you to seek out hostages being held by enemies and defeat the enemies before they can kill the hostage. You can then "collect" the hostage for points. If five hostages are killed, the game ends. Survival Arenas are more straightforward, tasking you with simply living as long as you can while defeating enemies for points. Arenas are a great place to complete challenges for SP, and many challenges can only be completed in Arenas. Each Arena has five challenges for meeting certain score goals, each of which will earn you between 2 and 4 SP.

Every time you defeat an enemy, sabotage a turret, collect a power up, or save a hostage, you'll earn points. Consecutive scores will increase your multiplier, making future actions worth more points. The multiplier will decrease by a few levels if you don't score any points for a certain amount of time. Keeping your multiplier high is essential to earning high scores. Ideally, your multiplier will never decrease. The maximum multiplier is 50, but you can temporarily increase it to 100 if you collect the right power up. 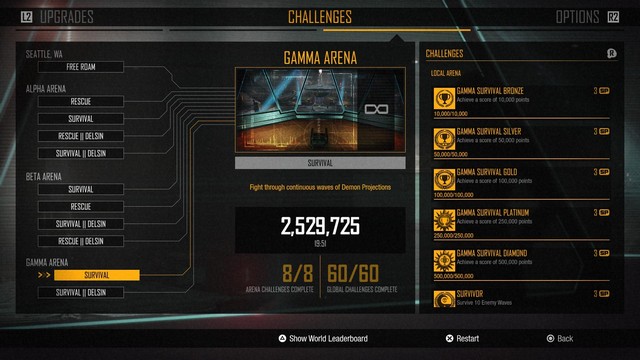 Beta Arenas are tougher than Alpha Arenas, and the Gamma Arena is toughest of all. Each Arena has its own set of enemies: 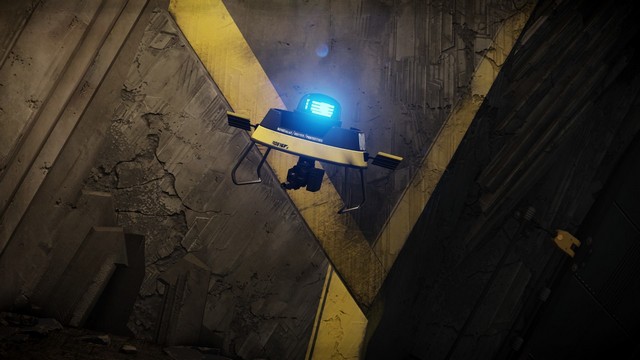 In Survival Arenas, small flying auto turrets will appear. If you destroy one, it will drop to the ground and reveal a coloured shard. Only two flying auto turrets can be in play at once, whether you've damaged them or not. If you destroy one and leave its power up around without absorbing it, it will stay there and not be replaced by a new turret. By absorbing this shard, you'll gain a power up, depending on what colour the shard was. All effects are only temporary. 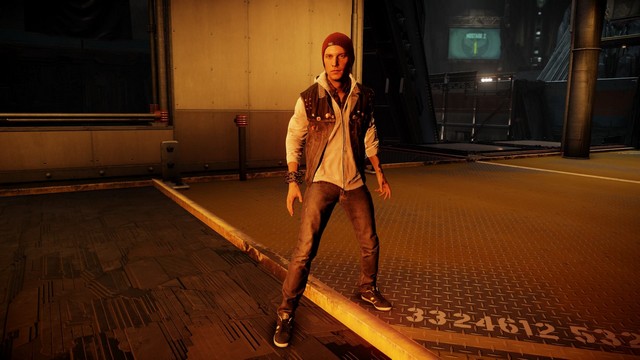 If you have InFamous: Second Son, you can play as Delsin Rowe, that game's protagonist. You can choose which version of him to control, the Good version or the Evil version. Delsin starts with all of his power sets, including Concrete, fully upgraded. Delsin has his own high score record, but shares a Challenge list with Fetch. (You can complete Challenges as Delsin and use the SP on Fetch.) See the Moves and Superpowers section for more information about Delsin.

~ Arenas are not affected by the difficulty setting in the options menu.

~ If you're hurt, you will not heal while light speed dashing.

~ If you're low and health and next to some neon, you might be tempted to unload your homing missiles before draining it to heal yourself. Don't. Just focus on staying alive at that moment.

~ Your multiplier will turn red and you'll hear a quickening pulsing sound effect when it's about to drop. Don't let this happen.

~ Aside from the obvious way to keep your multiplier going, fighting enemies, certain other actions will also top it off and delay it from dropping. Rescuing hostages, draining a shard for a power up, or overloading a turret will all keep it going.

~ The multiplier will stop dropping as soon as a homing missile connects with its target. It won't drop in the second between the missile connecting and the explosion/kill.

~ Draining neon or another conduit power will have no effect on your multiplier. It's a waste of time as far as scoring is concerned, but you'll need to do it now and then to use your powers.

~ Your Laser Focus, which slows down time, also slows down the rate at which your multiplier drops. If it's about to drop, use Laser Focus to quickly get a kill in to save it.

~ Running on the outer wall can make it very difficult to see what enemies and platforms are around you. You can use Photo Mode to pause the action and look around.

~ It's better to take a few hits from enemies than let hostages take damage.

~ The Enslave power, which you get after clearing the story, is incredibly useful for Arenas. There's nothing like having your multiplier saved by an enslaved enemy on the other side of the map shooting one of his friends in the back.

~ Power sources refill after a while. Use them when you want to/can.

~ It's often easier to find neon sources by looking for areas illuminated by the orange light they give off, rather than the sources themselves.

~ Volatile Stasis, Mega Finishers, and Insane Salvos are great for clearing out large groups of enemies. (They all explode.) Volatile Stasis, especially, can trap multiple enemies in explosive stasis bubbles that will set up a chain reaction when one of them dies. The explosion won't happen if you enslave them by hitting their weak points.

~ Use a charged Stasis Blast (or something stronger than that) to knock out a cobblestone-looking concrete bridge with enemies on it. This will kill them all and earn you points towards a challenge.

~ Those ammo crates that enemies leave lying around all over the place sure are volatile.

~ Proton Jump over turrets to avoid most of their fire.

~ Run up a wall, jump off, and air dash to reach high platforms.

~ Upgrade Laser Focus to the point where you have Weak Point Recharge and you'll be able to take out large groups of enemies one by one from a distance.

~ Neon Singularity is a Get Out Of Jail Free card. Save it for when you really, really need it. It will save your life every time.