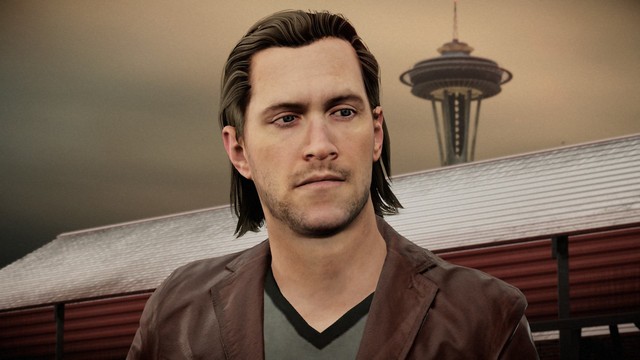 Eww. You'll have to head to a neon sign. It's marked on your map so get to it. This is a good opportunity to try out that Photon Jump of yours. Drain it to release Neon Lumens, which you can collect for SP. Collect the ones you see and you'll be directed towards a race. 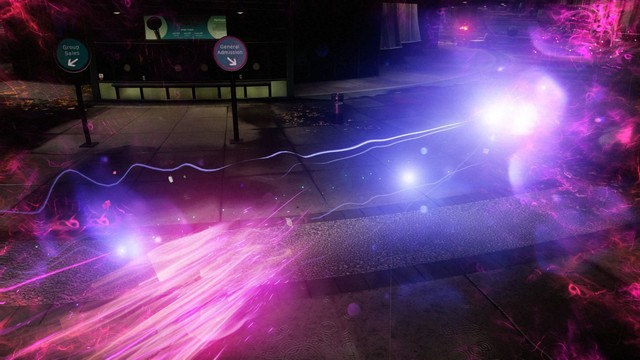 Races are pretty simple. Dash through the neon clouds to speed up and chase the large Neon Lumen. It's more work than simply collecting a small one, but the large ones are worth two SP.

You're about to be ambushed by Akurans, so maybe upgrade your Neon Bolt for some rapid fire action if that's your bag. Pick whatever upgrade suits your playing style, or just hang onto your SP. You'll be able to wander around and collect more SP eventually. In any case, take out the Akurans however you want. These guys are pretty simple. Take out the ones in front of you and you'll learn about another new ability. The Neon Singularity. Take out enemies to charge this massive special attack, which is a fun and flashy way to take out huge groups of enemies at once. Try it on these suckers and their dumb little cars. 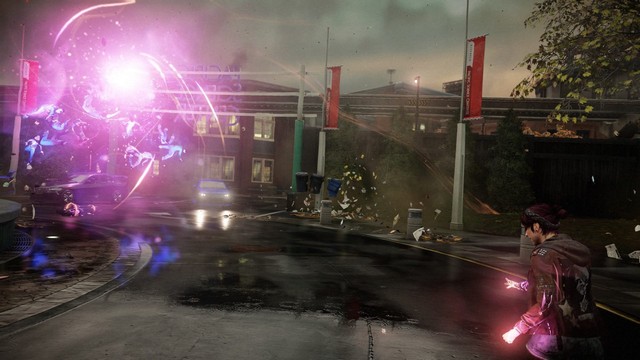 This will complete the mission and give you access to the open world. It might be a good idea to gather some SP before heading on to the next mission. Collect Lumens, run races, do Neon Graffiti, whatever you feel like doing. Take a look at your map to see what's available to you, and head to the next mission when you're ready. It's more efficient to save them for a little bit later, though.

NEXT: Stealing From the Enemy