Hows this for praise: In talking about my experiences with Batman: Arkham City, I can honestly say that it reminded me of the first time I played Star Wars: Knights of the Old Republic, not just because its awesome  though it certainly is  but for how thoroughly it explores the potential of its fictional, decades-old universe in the context of interactive entertainment. This is the definitive Batman game; if you were to take out the franchise-specific characters and settings and leave the design itself intact, it would still feel distinctly like a Batman game.

Thats what everyone was saying about the games predecessor, Arkham Asylum, and rightly so, as it was the first Batman game to truly understand the techniques and motivations of its protagonist. Heres a guy who by all means could single-handedly take on an entire room full of bad guys with nothing but his fists and walk away without so much as a bruise  and frequently does  but would much rather spend his time perched in the rafters, toying with his prey and quietly picking them off one by one without ever being seen just because, well, thats his style. Its not easy to strike the balance of making players feel like Kratos and Sam Fisher in equal measure, but Rocksteady managed it.

But for as great as Asylum was, didnt you walk away a bit underwhelmed? Batman probably has a richer repertoire of villains than any other comic book superhero in existence, and the entire game was set at the very institution where theyre all being held. That was the games very setup. Yet so few of the Dark Knights famous archenemies were given their time to shine, and even those villains who did show their faces often sat on the sidelines during climactic encounters while Batman pummeled away at legions of generic, faceless henchmen. This is exactly the hole that Arkham City fills, and the game is precisely the kind of product every sequel should aspire to be: the kind that makes its predecessor, however great, feel like a practice run. 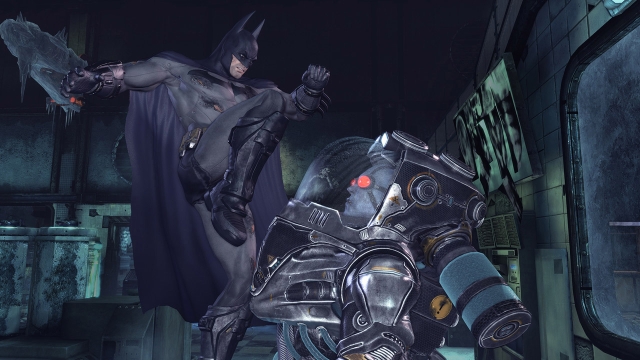 Its weird saying that for Arkham City, because mechanically, very little has changed. The hand-to-hand combat once again allows you to incapacitate a dozen or more enemies in a matter of seconds while still offering a challenge; the controls are simple, yet the timing involved in countering or avoiding certain weapons still takes careful concentration. Meanwhile, the distinctly predatory stealth remains a blast as you scale environments, use Batmans impressive arsenal of gadgets to your advantage, and watch your targets behavior grow increasingly panicked as their (conscious) numbers dwindle. Plus, the grapple hook is still one of the most intuitive platforming inventions of this console generation. These are elements that worked wonders in Asylum, and the folks at Rocksteady were wise to leave them intact.

Where Arkham City differs is in its scope, both in its physical size and the depth to which it explores its source material. The labyrinthine, almost Metroid-like layout of the original game is scrapped in favor of a full-on sandbox, this time set in a walled-off section of Gotham City that now functions as a prison camp run by Hugo Strange. Its not huge, at least as far as current open-world standards go, but man, is it dense. Even at nighttime, the city is precisely the vibrant, colorful translation of comic book panels that both Burton and Schumacher strove to mimic (and which Nolan has chosen to ignore altogether). And what a rich environment it is. The measure of any sandbox worlds worth is how compelled I feel to break free of the restraints of the story mode and go searching for other sources of entertainment, and Rocksteady nailed that in every way.

See, what separates Arkham City from pretty much every other superhero-themed game in existence is how smitten its creators obvious were with the material. Nearly every major Batman villain who didnt get the short shrift in Asylum  and, lets face it, thats most of them  is represented in full force here, and in the most fitting way possible. When you take on the Penguin early in the game, it makes perfect sense for the small, relatively unthreatening man to spend most of the encounter hiding behind a much larger boss (who himself is a sneaky nod to DC fans). As Batman hunts for the cure to a disease thats killing both himself and the Joker, he turns to none other than Rā's al-Ghūl, who, after all, has managed to defy death for centuries. Arkham City splits into factions as many of Gothams most notorious criminals wage war on one another, and Batman is forced to make unlikely alliances to further his own goals  with Bane one minute, with Mr. Freeze the next. What other Batman game has given us this many exciting adversaries, and truly tackled the complicated relationships our hero has with them?

And you could get your fill by sticking solely to Arkham Citys story missions. From a design standpoint, Rocksteady never repeats the same scenario twice, pumping variety into the games perfect balance of combat, stealth, exploration, puzzle-solving, and some remarkably inventive platforming (such as when Batman must navigate canals by creating a platform of ice and pulling himself along with his grapple). The bosses  the worst thing about Asylum  are actually great. Even the story has its fair share of surprises. This is supposedly Mark Hamills last time voicing the Joker, and given that the iconic villain spends the majority of the game terminally ill, Arkham City carries an almost elegiac quality that sets it apart from other Batman adventures. 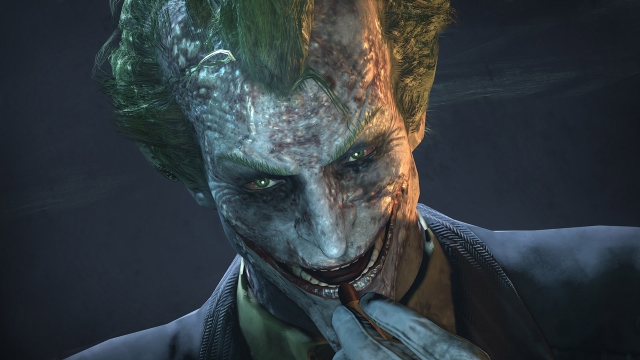 There are few truly badass moments, either  just brilliant game design that constantly takes chances and never ceases to surprise you. Like, you know how most boss battles force you to memorize the same attack patterns and exploit the same weaknesses until a health meter reaches zero? One of my favorite encounters in Arkham City pits you against an enemy whos too strong to confront directly, learns from his mistakes, and never falls for the same trick more than once. The entire battle revolves around exploring your surroundings and experimenting with new ways to damage the guy, and its lack of anything resembling spectacle would make it look boring to a given passerby. Yet its ingenious for the way it actually gets you thinking, and because theres no single sure-fire way of winning. Compare this to any of Asylums dozen or so recycled Bane fights and youll understand why this is so important.

So the campaign is great, but again, Im amazed in equal proportion by both the quality of the content and the sheer volume of it. Brushes with key Batman foes  whether youre investigating Deadshots assassinations or tracing calls made by Zsasz as he threatens to mutilate his victims  are held to the side for those willing to explore Arkham Citys streets. And the Riddler challenges. Good lord. In the first game, they were a neat little distraction for those who want to get the most out of every title they purchase. Here, solving the dozens of riddles and hunting down the hundreds of trophies is at least as meaty a task as seeing the story to its conclusion. Arkham City is one of those games where the shortness of its campaign is a non-factor, because you know youll keep playing long after the credits roll. The casual will keep playing because theyre having a good time; Batman devotees will keep playing because theyve got so much to digest.

As a standalone game, Arkham City is the most fun Ive had with one all year. As a sequel, its a first-class example of how to tighten the screws in an already exceptional concept. As a sandbox, its rich enough that this could be the only game you play for the rest of the year. And developers interested in adapting comics into video games in the future had better hope theyve got the level of dedication to the source material that Rocksteady have shown here. Arkham City is everything I wanted it to be, and it leaves me desperately hopeful that a third game isnt greenlit, because I cant imagine the series going anywhere but down from here.

© 1998 - 2022 HonestGamers
None of the material contained within this site may be reproduced in any conceivable fashion without permission from the author(s) of said material. This site is not sponsored or endorsed by Nintendo, Sega, Sony, Microsoft, or any other such party. Batman: Arkham City is a registered trademark of its copyright holder. This site makes no claim to Batman: Arkham City, its characters, screenshots, artwork, music, or any intellectual property contained within. Opinions expressed on this site do not necessarily represent the opinion of site staff or sponsors. Staff and freelance reviews are typically written based on time spent with a retail review copy or review key for the game that is provided by its publisher.