Driver is one of the first games I remember fixating upon as I played my older brothers PlayStation system. Aside from a balls-punchingly difficult tutorial with a time limit, the whole game was a total blast. It featured the perfect balance of realism and arcade-style driving mechanics. As these things so often go, though, the sequel was unable to deliver a similarly brilliant experience. Driver 2 was a lackluster effort that abandoned much of the tight driving in favor of sequences that forced the player to run around in a PSX-era sandbox. The games title might as well have been Driving and Walking. Then came the god-awful third installment, Driv3r, which perhaps should have instead been known as Driving and Walking and Sometimes Shooting Things Too.

As a fan of the original Driver, I went into Driver: San Francisco fearing that it would continue to desperately CPR an ancient franchise in the manner that its immediate predecessors had. Im pleased to report that my fears were for naught. This latest installment is good. Its really, really good. 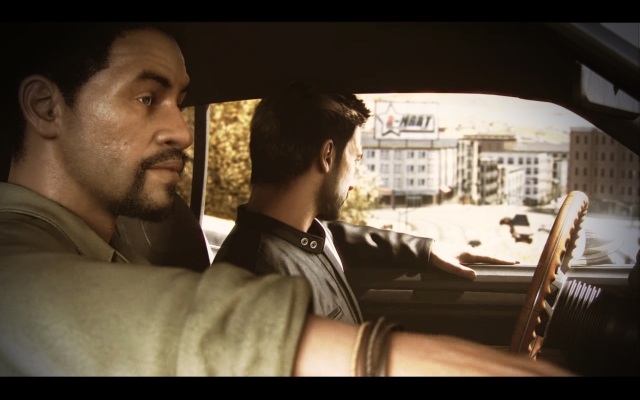 The best way I can possibly describe Driver: San Francisco is as a fusion of Starsky and Hutch and The Fast and The Furious with Ghost Dad. And maybe Black Swan mixed in there, as well. The games protagonist, Tanner, crashes his car during a high-speed chase of convicted felon Jericho and is hospitalized. There, his mind conjures up the continued pursuit in the form of about twenty car crashes. As the Tanner inside Tanners mind, together with your hilariously stereotyped sidekick Jones and your not-quite Nash Bridges-model Barracuda, youll zip about in an effort to stop Jericho's planned crime.

Tanners newfound coma gives him many powers in the fantasy world within his mind, such as the ability to 'shift.' With this he can hop out of his own body and into another's, taking control of the car and allowing him to get into head-on collisions or smash up cop cars with a piece of property he doesn't own in someone else's extremely disposable body. Tanner's subconscious is kind of messed up in that way.

Aside from the terrible implications, shifting is probably the best thing to ever happen to a game in the Driver series. This gamea game that I would remind you is billed as a game about drivingstands apart from its two most recent predecessors by focusing entirely on the activity that is its namesake. Theres no gunplay, no running around on foot, nothing other than what the game and the series do best. Thank Christ for that; I was getting sick of sandbox crime games. If the developers had tried to stuff Tanner, a cop, into those shoes again? I would have sprouted bat wings and spit fire.

Driver: San Francisco takes place in a faithfully recreated San Francisco that cruses along at 60 frames per second, and it looks fantastic. You can navigate the city quickly because youre either driving a MacLaren F1 at 210 MPH or youre hopping out of your body and zipping along in spirit form to your next target which could be a mission, a subplot or even a garage. Such options make getting from point A to point B a snap, but exploration is still encouraged. Tokens are spread throughout the city and you are rewarded for doing driving stunts like drifts, jumps, or near misses. Either of which can be done in the middle of a mission or just in the free-roam exploration mode. 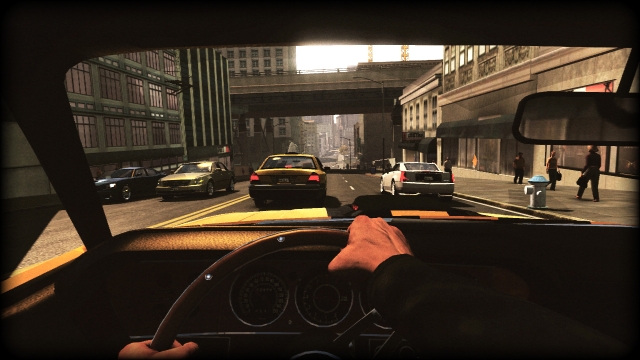 Thats the real genius of the Shift system: the developers found a way to completely and utterly circumvent the free-roam segments unless you choose to experience them. You can return instantly to Tanner's car for a new story mission, you can hop over to do a race for a submission, or you can attempt new challenges to unlock more willpower and earn more cars. Or if you prefer, you can smash into a cop car with a more regular vehicle and initiate a high-speed pursuit. Or you can practice stunt driving while zipping around the city and earning your willpower in that manner instead. Youre not forced to complete a bunch of nonsense objectives as some sort of distraction. You do whatever event you want, which is the best way the developers could have handled things.

Another perk of the Shift system is that it allows you to skip the tedious parts. Let's say you're the cops, chasing after a criminal, and you smash your car. Tap the Quick Shift button and youll zip into a nearby cop car to continue the pursuit, thus eliminating the boring part from other racing games where you have to slowly back up and turn around before you can catch up to the speeder. And if you don't want to rely on traditional means to take him out, hop into a nearby oil tanker and engineer a head-on collision to end things that way. You can do this in story missions too, and then Quick Shift back into Tanner's body. Theres even a racer-standard ability bar that allows you to execute Boost and Ram moves, if thats how you want to play things.

The whole game provides a similar wealth of options. Even though Ive finished the campaign mode, Im totally prepared to keep playing to see if I can unlock more licensed cars, like a 2006 Ford GT or 1971 Pontiac Lemaz or the DeLorean DMC-12. Yes, the DeLorean. Even the Director mode from the original Driver, which was ahead of its time when that game released, makes a fresh appearance. You can edit your spectacular high-speed car chases in a true action movie style, even share them online like you might footage of a Halo match.

Its only fair to point out, though, that Driver: San Francisco isnt a thoroughly amazing affair. The story has a lot of potential and features some interesting twists and turns, but it seems to be designed to serve as a psychological thriller with an end-game reveal that everything youve experienced was imagined by a comatose Tanner. This big reveal is undercut by scenes at the very start of the game that come right out and tell you as much, as well as subsequent references to that point during each chapter break. The story could have worked so much better if it played things closer to the chest and featured clever hints that would make a second playthrough interesting, Fight Club-style. The writers choice to make the plot obvious from square one is confusing and terrible. 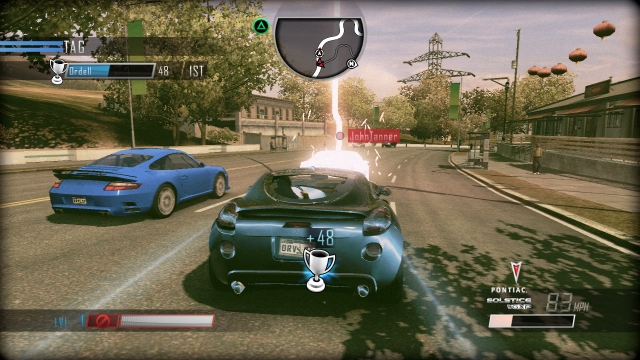 The games core driving mechanics aren't nearly as meaty as I expected, either. Even with the most basic police squad car or with the Ford GT, I had an impossible time performing a decent drift. This is coming from a guy who not only played the original Driver, but also Split/Second, Need for Speed: Underground and Most Wanted. It feels like the developers gravitated away from the generally enjoyable drift mechanics in favor of making you upgrade. Still, that's not as much of a downfall as it could have been; the crummy driving mechanics on even the good cars makes you want to upgrade to the amazing ones that can drift around corners or even just hit top speeds of 230 MPH. That by itself provides the motivation you'd needs to keep playing.

My biggest complaint with the game, though, is the oft-discussed DRM. I love Ubisoft, but the uPlay system is just infuriating. Unless you register the game by entering the code that comes with a new retail copy of the game, modes such as Multiplay and Film Director are unavailable. If you go with the PC version, you cant even play the game unless you are online when you start. The worst part of all of that for me was that I couldn't even use the code. Any attempt to enter it failed because the entry screen kept insisting that there were 25 digits to my code but the one supplied in the packaging consisted of only around 18.

I've since learned that large quantities of the codes included in the game's initial run are missing or incomplete. Once the issue became known, Ubisoft responded by making the online passport youd otherwise have to pay for completely free  to everyone  which of the available solutions to the problem is perhaps the best. The uPlay system remains some of the most terribly executed DRM that Ive ever encountered in an otherwise excellent game, however. Though the Xbox 360 version that I played didnt demand an internet connection to run, my experience was still soured.

Driver is one of those franchises that really seemed like it had driven itself  pun very intended  into a dead end. Driver: San Francisco surprised me by showing how much life the series still has left. If it werent for Ubisoft's infuriating obsession with curbing piracy and secondhand sales by way of the terrible uPlay platform, I'd have given the game an even higher score than it already has. Unfortunately, a game is the sum of its parts, and with this good game there comes some terrible baggage.

If you enjoyed this Driver: San Francisco review, you're encouraged to discuss it with the author and with other members of the site's community. If you don't already have an HonestGamers account, you can sign up for one in a snap. Thank you for reading!

© 1998 - 2022 HonestGamers
None of the material contained within this site may be reproduced in any conceivable fashion without permission from the author(s) of said material. This site is not sponsored or endorsed by Nintendo, Sega, Sony, Microsoft, or any other such party. Driver: San Francisco is a registered trademark of its copyright holder. This site makes no claim to Driver: San Francisco, its characters, screenshots, artwork, music, or any intellectual property contained within. Opinions expressed on this site do not necessarily represent the opinion of site staff or sponsors. Staff and freelance reviews are typically written based on time spent with a retail review copy or review key for the game that is provided by its publisher.