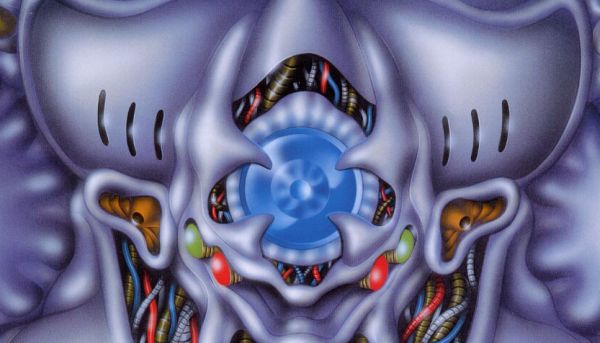 R-Type! The horizontal shooter that features the nasty, invading alien biological-cum-mechanical Bydo, and Earth's saving grace: the famously brilliant interaction of R-9 space craft and the all-important, indestructible Force Device (it's an orb, shield thingie). Welcome to the sequel, in black-and-white and a very difficult game to track down. But for all the trouble I had trying to get my hands on this rare gem of a game, it certainly did not deliver. There are so many problems with this abomination that I hardly know where to start.

Firstly, do you remember R-Type? Im certainly not one to let people forget--if you know me, you'll know that I like to remind folks at every opportunity, because I love the series. But I never found myself too enamoured of the arcade sequel. R-Type II required too much strict memorization necessary to advance for it to be much fun. To move from screen to screen, youd need to be in precisely the right place at the right time, doing exactly the right thing. There was hardly room for positional or timing errors, where in the first game, often resourcefulness and improvisation could get one out of a sticky spot even if one managed to wander off the patterned pathway the game coerced you toward.

The GameBoy iteration of R-Type II managed to take the already flawed and decidedly obnoxious arcade experience, and made it loathsome and near-unplayable. First, the good bits. The game is a side-scrolling shooter, and it's portable. That is a great thing, and a rare-ish thing, so its worth mentioning. The graphics are very detailed and crisp, surpassing even the detail of the original, and the two Nemesis games by Konami for the same system. 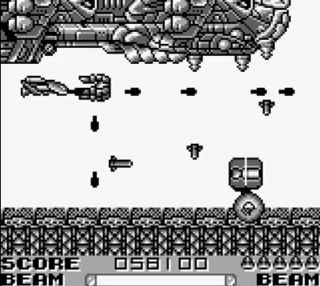 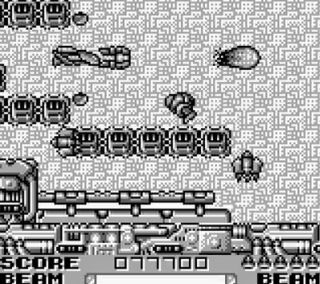 The downward spiral begins here, and its a messy trip. Aleste shooters often feature protagonist weapons that can actually shoot down enemy fire. R-Type games do not. But this one does! Thats right, youll quite often find your own bullets somehow canceling out enemy projectiles, and Im fairly sure this is not supposed to happen. Fine, we can adjust. Unfortunately, the phenomenon, while stupid, is not even consistent, and at times bullets you thought had been nullified, will find themselves eating their way through your canopy.

Worse yet, bullets dont only get eaten and belched up by your fire, sometimes they play amateur magician, and disappear completely for no reason at all! Youll be dodging and then you wont need to dodge. As expected, this horrible glitch is anything but consistent, so that more often than not, a lost bullet will reappear when you least expect it.

If the bullet bullshit wasnt bad enough, theres another major problem that plagues the horrible handheld horizontal. The power of your various offensive outputs is entirely unbalanced. Your charged wave cannon often seems to do less damage than a few normal shots (this shouldn't be). The Force Device too, seems criminally underpowered. I am wont to put the Force on my front and batter enemy gunpods mounted on the ceilings and walls. For some reason, even the gunpods that take a single shot to take out with the cannon are sometimes able to completely resist the 'destructive power' of the Force! 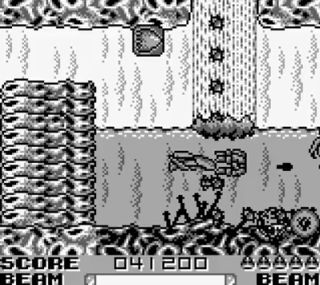 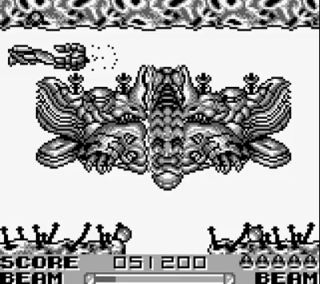 To summarize: R-Type II looks good, but it isnt a good look for you. Irem took a stodgy, unforgiving, bland copy of a classic, ported it to the black-and-white GameBoy sans one level (we only get five rather than the arcade six), and completely cocked up the programming. Its not entirely unplayable, but so much of it is random, and so much of the action requires so much more than random execution. The game wants you to be precise while it froths forth flicker and uncertainty. What happened? The original was good. You may want to try that instead, but whatever you do, dont mistake the two. Better still, look for R-Type III on the GameBoy Advance, assuming youve got the hardware. If not, youre still in much better hands with say, Nemesis, and that game is easy to find. R-Type II is hard to find, so lets leave it lost.

If you enjoyed this R-Type II review, you're encouraged to discuss it with the author and with other members of the site's community. If you don't already have an HonestGamers account, you can sign up for one in a snap. Thank you for reading!

© 1998-2021 HonestGamers
None of the material contained within this site may be reproduced in any conceivable fashion without permission from the author(s) of said material. This site is not sponsored or endorsed by Nintendo, Sega, Sony, Microsoft, or any other such party. R-Type II is a registered trademark of its copyright holder. This site makes no claim to R-Type II, its characters, screenshots, artwork, music, or any intellectual property contained within. Opinions expressed on this site do not necessarily represent the opinion of site staff or sponsors. Staff and freelance reviews are typically written based on time spent with a retail review copy or review key for the game that is provided by its publisher.