Much is made of this game, all things considered. And it's funny, because there's not a whole lot to it.

Zero Wing is a side-scrolling shooter, of the deliberate, R-Type variety, not the frenetic Thunder Force variety. That in and of itself may seem strange coming from Toaplan, the makers of the prototypically hectic Batsugun and its ilk. But that strangeness isnt the draw of this mostly mediocre shooter. The draw is the story.

Shooter stories are never draws. They're negligible, hackneyed excuses for the player to engage in combat. It's like those kung fu movies where the hero's father gets killed early on which prompts the protagonist to go off on an avenging crusade of high kicks and high volume blood splashing. There are those companies that try to do something special with their shooter stories, as was the case with Square's Einhander, but in the end, all the depth in the world in this genre seems to come off ultimately as a stilted platform for action. (Sort of like Matrix: Reloaded.)

But Zero Wing is different! There's no depth at all going on with its pretense. It's the same simple clichéd One Ship against an Evil Empire idea, but the dialogue is anything but clichéd. There are FAQs and websites dedicated to the kitsch value that permeates the short Engrish cut scene sequence that begins the game.

Right away, we know something is amiss. The ships equivalent to Star Treks Scotty confirms our suspicions: Somebody set up us the bomb. That sounds bad! But who? Who set us up the bomb? Lets get some visuals on the perp. Commander Data? Hes already on it: Main screen turn on. Perfect. The nefarious CATS appears to take credit for the mischief afoot. Snidely, he informs the crew of how truly screwed they are, and in so doing, delivers the line that will live on forever in infamy: ALL YOUR BASE ARE BELONG TO US. Naturally, the incredulous captain channels his inner Ray Charles: What you say!! With that out of his system, hes able to shake off his fear of CATS (because who's afraid of cats?), though the latters indomitable forces seem to be scratching at victory's door.

One word explains the captains sudden confidence in turning things around.

That word is Zig.

Zig is to be our vessel, and it represents our last vestige of hope. CATS may balk, but he has yet to taste the power of a vanguard fueled by righteousness: For great justice! For great justice indeed. 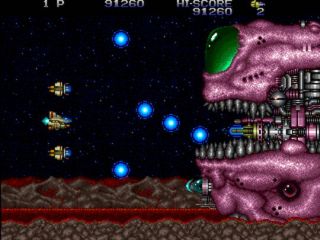 And so after we LOL our way through this notorious, kitsch-soaked introduction, we begin our mission that is, from level one onward, much like any other shooter. We can gain two units to protect the top and bottom of the Zig, like the Bits in R-Type. We gain speed-ups; we choose one of three available weapons (Vulcan, Homing, Laser) and power it up three times over. The music is mostly forgettable, and the graphics are below par for the Genesis. You've got your checkpoints, so that when you die, you don't start from the beginning of the levels, and you've got mid-bosses, and end-of-level bosses, as per the very basic shooter blueprint.

Yup, this is what all the fuss was about.

The way Zero Wings uninspiring ingredients come together is appropriately bland. Admittedly, its levels are often odd, but rarely exciting. There are the expected alien base interiors and alien outer space frontlines to cut a swath through, but there are also a few singular environs that give you the impression that you're shooting it out in the heat of an otherworldly rainforest. Most bosses are either boring, or rip-offs from other games, but I will grant it its few standouts. There's the hopping blue mech bearing a massive fireball cannon, and there's the organic sphere with its snake guardian that surges and retracts at you from the guts of its host. 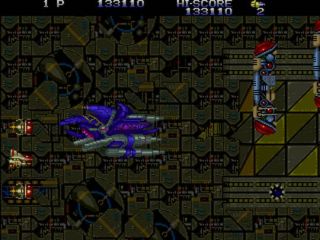 Other good bits include the seemingly out-of-place goodness of level three's music, and brilliant tractor beam function, whereby you can reel in enemies of the small and weak variety to sit in front of your nose, captured and rotating, acting as a one-hit shield. This is an unforgettable innovation wasted in a very forgettable game. Thankfully, Taito saw fit to lift this gameplay function and incorporate it into their much better horizontal shooter, G-Darius. It just goes to show: theft is good for us all.


Luckily, despite claims of Zero Wing being criminally hard, it really isn't. The learning curve is actually quite fair: when you die, you start a reasonable distance back, usually with the opportunity to regain your lost twin units immediately. Thus, aside from a ridiculously difficult final boss, the game is never unbalanced, and perfect play - which is possible inside a week of going at it - makes clearing Zero Wing on one ship on the easy level a very real and feasible goal (try that in Toaplan's vertical shooters!). You'll be able to practice without severe penalty on the easy level because it offers unlimited continues. This is recommended before moving up to the normal and hard levels. 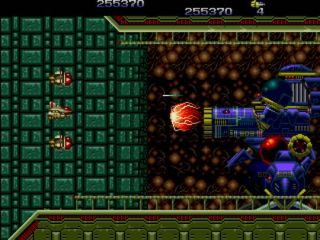 And so, these slight positives  the tractor beam, good balance, and few standout sequences  help elevate Zero Wing from ''poor'' to ''fair.'' In my experience, ''fair'' games are rarely memorable, though the laughably bad translations in the game's cut scenes allow Zero Wing to incise for itself a shallow notch in your mind. But, I mean funny cut scenes? When it comes down to it, you've got to actually play the game. And that part isn't so funny.


Because there's really not a whole lot to it.

© 1998-2021 HonestGamers
None of the material contained within this site may be reproduced in any conceivable fashion without permission from the author(s) of said material. This site is not sponsored or endorsed by Nintendo, Sega, Sony, Microsoft, or any other such party. Zero Wing is a registered trademark of its copyright holder. This site makes no claim to Zero Wing, its characters, screenshots, artwork, music, or any intellectual property contained within. Opinions expressed on this site do not necessarily represent the opinion of site staff or sponsors. Staff and freelance reviews are typically written based on time spent with a retail review copy or review key for the game that is provided by its publisher.