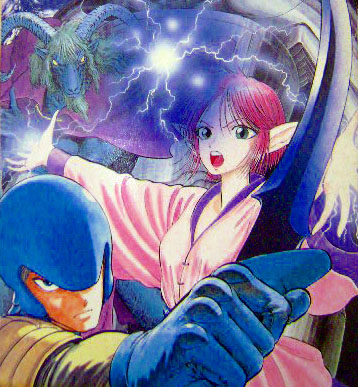 Even on a system renowned for its expansive library of RPGs, successfully completing The 7th Saga is an unforgettable experience. Unfortunately this is solely due to its patently unfair difficulty, because the generic dungeons, incomprehensible abbreviations, and skeletal excuse for a plot would likely put everyone to sleep if all the random encounters weren't straight out of their darkest nightmares.

At first this game actually seems somewhat ahead of its time, prompting you to select a lone champion from seven available characters who make for quite a contrast in both their fighting styles and moral outlooks. Most are typical fantasy archetypes like the noble knight and elfin sorceress, but some of them are actually pretty out there, like a nefarious demon who intends to make the entire world kneel beneath his cloven hooves  a scheme that's probably doomed to failure, since he lacks defense and curative spells. Then there's the hulking robot constructed out of hardy iron, or even a naked alien from another galaxy, but they all have one thing in common: these heroes, villains, and assorted weirdos are all pitted against each other in a race for seven mystical runes which promise their wielder power enough to reshape the world.

THERE CAN BE ONLY TWO 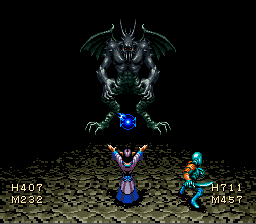 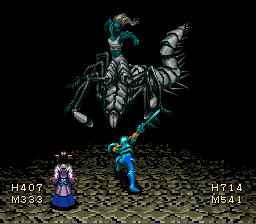 Initially your chosen protagonist has to do everything alone, but it's soon possible to team up with another of the characters assuming they don't refuse the offer due to alignment clashes or merely require you to gain more experience. Since each character has very specific strengths and weaknesses, a strategic pairing is essential to your survival; the knight makes for a great combination with the cleric or elf, but any duo without healing magic or brute strength is going to get slaughtered almost immediately.

Of course even the strongest of teams are simply delaying the inevitable, for this saga's glimmer of promise quickly dissolves into unending frustration.

A crystal ball in the corner of the screen reveals all the enemies lurking nearby, which would have been a nice touch if it weren't always displaying immense, rapidly moving swarms that are almost impossible to avoid for more than a few steps before plunging you into yet another desperate struggle. All but the lowliest of random encounters either drag on for ages or crush your party in moments whenever they reach a new area, making for several hours of insipid grinding just outside the nearest city, followed by about ten minutes of actual exploration in the next dungeon and a punishing boss battle before once again repeating the cycle.

At times it almost seems as if the development team secretly hated RPG players and wanted to break their spirits; duels with opposing apprentices can be all but impossible since they're always at the same level as your PC and strictly one-on-one, which still pales to the cruelty late in the game when your party temporarily loses the ability to cast any spells. Overcome this latest affront and you may find yourself hopelessly stuck near the end, unable to return to earlier areas and overwhelmed by bloodthirsty beasts you're unable to defeat without heavenly intervention. Since The 7th Saga is firmly within the crimson grasp of Satan, this is unlikely, though it does lead one to wonder just what Enix was thinking when they translated this monstrosity as opposed to Dragon Quest V. 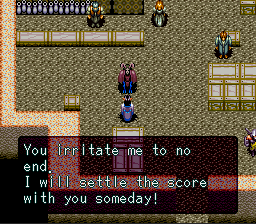 THE ANSWER:
They weren't thinking at all. The Japanese version Elnard is practically a cakewalk, so the brilliant programming staff thoughtlessly decimated the stat increases your characters are supposed to earn whenever they gain a level. Apparently they were too busy editing the demon's color palette and giving the alien a pair of pants to bother playtesting the unholy brutality their "fix" had wrought. That said, the original isn't exactly a lost masterpiece  it just happens to be playable.

Ignore the slightest of divergences based upon your party lead  entering a treasure-laden tower early, catching a ride on an airship via your feminine charms rather than sneaking aboard  and you're left with an utterly forgettable sequence of towns and dungeons interrupted by still-frequent but decidedly less malevolent Mode-7 battles and a thirty-second ending. Ignore its ignominious savagery and The 7th Saga would be remembered for nothing much at all.

If you enjoyed this The 7th Saga review, you're encouraged to discuss it with the author and with other members of the site's community. If you don't already have an HonestGamers account, you can sign up for one in a snap. Thank you for reading!

© 1998-2022 HonestGamers
None of the material contained within this site may be reproduced in any conceivable fashion without permission from the author(s) of said material. This site is not sponsored or endorsed by Nintendo, Sega, Sony, Microsoft, or any other such party. The 7th Saga is a registered trademark of its copyright holder. This site makes no claim to The 7th Saga, its characters, screenshots, artwork, music, or any intellectual property contained within. Opinions expressed on this site do not necessarily represent the opinion of site staff or sponsors. Staff and freelance reviews are typically written based on time spent with a retail review copy or review key for the game that is provided by its publisher.