As a professional video game expert, its my job  no, my duty  to tell you all about the awesome obscure imports that youll never get to play because you suck. But Im also a lazy bastard, so I decided to pull this disc out of the mighty Turbo collection instead.

Originally released on the PC-98, the 16-bit Japanese computer mostly known for Policenauts and porn, Dragon Knight III continues the perverted misadventures of Takeru, our noble knight-errant who slays the wicked with his trusty sword and pleasures all the comely maids with his mighty lance. But unlike his first two games, which were 1st person dungeon crawls, this installment uses the more common overhead perspective as you explore an entire world rather than one chick-infested labyrinth. Oh, and it also became the only game in the series to receive an English port when it was translated for MS-DOS as Knights of Xentar. 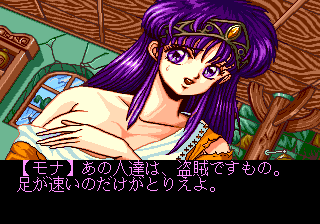 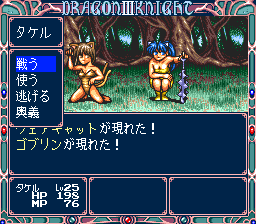 Unfortunately this PC Engine adaptation is actually a pretty major disappointment. All the naughty cutscenes are presented with a reduced color palette and at half their original resolution, with even punier graphics for those overhead and battle sequences. Mind you, the non-gameplay graphics still look really nice, but there isnt a whole lot of naughtiness going on anymore, as everythings been heavily edited in order to appeal to a more puerile audience. Not only is most of the blood missing, but the women are all covered up, and some of the scenes have been completely redrawn to the point that theyre barely even suggestive! But dont take my word for it  dare to compare [warning: anthropomorphic wolf rape.]

Now this might have been acceptable if we were talking about an awesome game that was originally hentai, something on the lines of Pia Carrot for the Saturn. But lets face it: everyone loves Xentar because of its massive collection of racy sex scenes and hilarious translation that just so happen to have a generic RPG in between them. For that matter, even the gameplay has taken a step back. The combat scenes were originally displayed in a side-view battlefield where your party would automatically attack in real-time via a list of different AI scripts. Here the battles are fought using the turn-based menus of Dragon Quest, and instead of skeletons, ninjas, and naked elves, now youll be facing anime girls with simple attack animations instead.

The only advantage this port offers is the music, which is a combination of weak chip tunes and manly redbook tracks. The latter is a huge improvement over the FM Synthesis-only DOS version, although on a system renowned for orgasmic audio like Shadow of the Beast, Lords of Thunder or Love! Super Big Brother, it cant even compare.

Admittedly, I didnt bother to keep playing for much longer than the first few areas; thats right, I didnt even finish the damn game! But even if Dragon Knight III will only run you a couple of bucks, there are way better cheap PC Engine CDs out there that you could be snatching up instead. The most fun I had with this one was the realization that I apparently own Blood Gear while sifting through the pile. 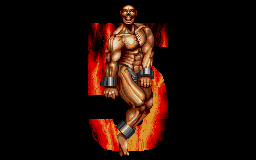 If you enjoyed this Dragon Knight III review, you're encouraged to discuss it with the author and with other members of the site's community. If you don't already have an HonestGamers account, you can sign up for one in a snap. Thank you for reading!

© 1998-2021 HonestGamers
None of the material contained within this site may be reproduced in any conceivable fashion without permission from the author(s) of said material. This site is not sponsored or endorsed by Nintendo, Sega, Sony, Microsoft, or any other such party. Dragon Knight III is a registered trademark of its copyright holder. This site makes no claim to Dragon Knight III, its characters, screenshots, artwork, music, or any intellectual property contained within. Opinions expressed on this site do not necessarily represent the opinion of site staff or sponsors. Staff and freelance reviews are typically written based on time spent with a retail review copy or review key for the game that is provided by its publisher.