Its hard to register much in the way of coherence when it comes to recording my thoughts on Perfect Tides, which isnt ideal when trying to write a review. So this isnt so much a snazzy introduction as it is a disclaimer. Maybe what comes after this will work out great and maybe it will be a barely comprehensive cacophony of random thoughts and ideas. By the time I drag myself over the finishing line, hopefully youll come to see why that might be the most fitting way to discuss this game.

I guess Ill have to start somewhere; Im not really sure it wants to be a game at all. Technically, its got all the Adventure trappings youd expect. You pick crap up, shove it in your pockets and then use it in abstract ways to solve the myriad issues thrown at you. But theres no obvious overarching mystery to solve or hidden truths to weasel out; Perfect Tides is less a grand quest and more a laser-focused character study of Mara. Mara isnt trying to save the world, or solve a string of horrific murders; shes a moody, introverted, teenage girl battling under the crushing certainty that the entire world is against her.

At its heart, Perfect Tides is an anxiety-inducing retrospective of what a lot of us were like as awkward teenagers, written to such a brilliant degree its prone to induce second hand embarrassment and a strong desire to apologise to parents. Mara is so perfectly trapped on her self-made island of misery, so hyper-fixated on her own collection of miniscule woes, she routinely rewrites the world around her just so she can stack up another layer of self-loathing. And because the game is played entirely from Maras perspective, its all taken with absolute seriousness. 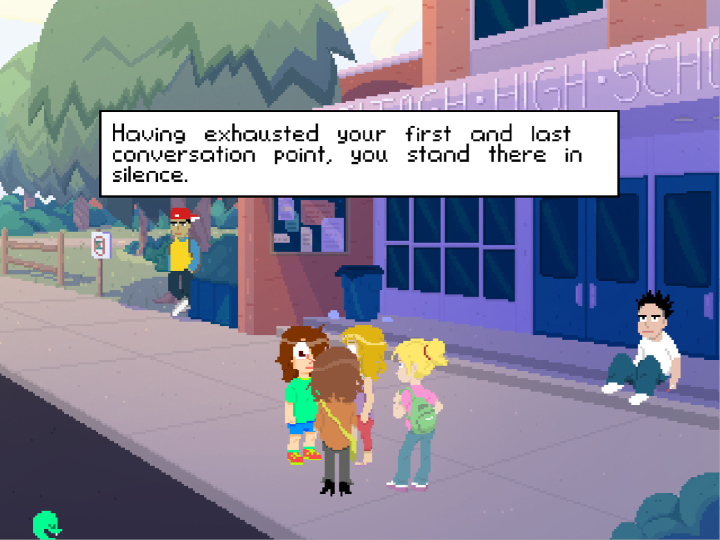 Which is hilarious, because while the text on screen is recounting how the latest slight is no less than a personal apocalypse, her character representation is that of a fuming gremlin-shaped homunculus, stamping her little feet, or literally shaking with incandescent rage. Its clear you're supposed to find the juxtaposition funny, the Greek tragedy narration coupled with the looney tunes animation. Its an excellent way to showcase teenage angst. No one has ever suffered as Mara does, so long as your only citation on this is Mara herself. Most of the world looking in thinks shes a bit of a clown.

Thats not to say she doesnt have valid problems, even if she tackles them with a complete lack of grace and empathy. A few years before the start of the game, her family suffered the loss of her father. While Mara has no problems throwing this in peoples faces to gain sympathy points, the ongoing hurt is plain to see. Maras mother is not handling the loss of her partner well, but her endless little cries for help openly infuriate Mara who can only see them as personal attacks. Then, one late night, Mara finds her tearful mother in front of a television, vulnerably wallowing in torturous memories. For the first time, Perfect Tides gives you, the player, the chance for Mara to put someone else first and offer some kind words. Except, its a trap. Barely a muttered nicety later, Maras found a way to make even this moment decisive proof that shes the real victim here. 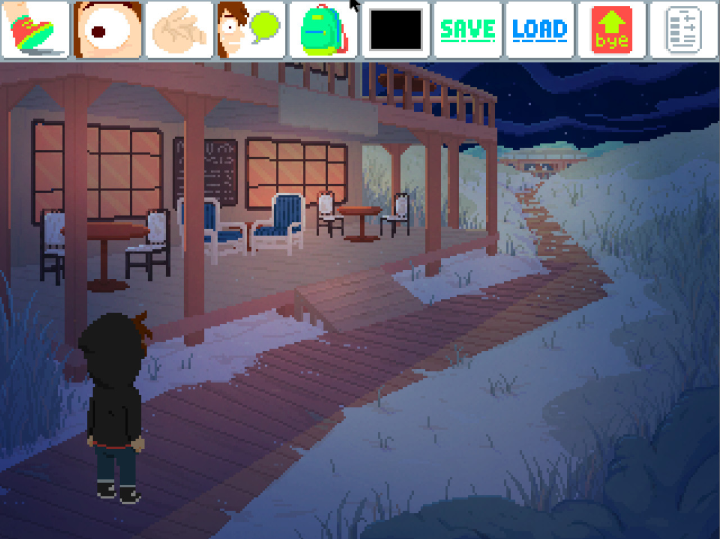 Maybe youll find yourself relating to the aftermath of losing immediate family. Perfect Tides is filled with horrible little things to relate to, even if the comparison isnt particularly flattering. For example, Mara thinks herself a writer of some esteem, which must be true because she uses punctuation on IM chats and is held in regard on a fanfiction forum. That certainly didnt register with me, the guy still writing pretentious video game reviews fifteen years after Youtubes made them obsolete. Theres also a wonderfully fleshed out supporting cast of assorted miserable dicks, and youll be sure to find some who help remind you of the miserable dick you used to be. Or maybe it will play to your age; Perfect Tides is set in the 90s, filled with AOL messenger handles, dial-up modems and MSDos prompts. It even makes a Flagpole Sitta reference right in the first screen just to see if anyone gets it (but no one ever does).

Its a shame the game works so bloody hard to make sure youll probably never see the best moments it has to offer.

To get the best possible endings, you need to complete numerous little quests that you have no idea even exist to fill up invisible affinity metres with people you might not realise are important. It was a small miracle that I saw the corner of a floppy disk poking out of a random sand dune on an obscure beach I had little reason to visit. But I did and thus was able to reclaim it, but was I able to link that to its owner through the back half of an irrelevant conversation? Lets say I did; before I returned it to its owner, did I think to run it through my own computer to flick through the files like a creepy stalker? If I missed any of those things, then Ive broken the link in a chain of random shit that stops me from unlocking the best ending. 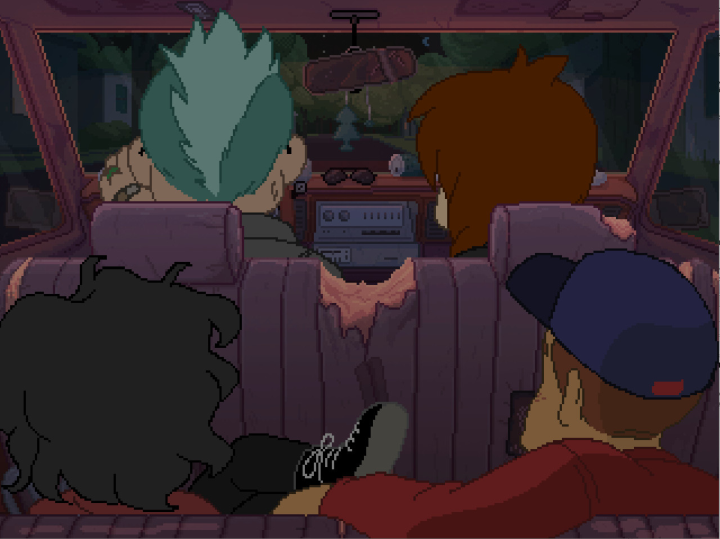 My favourite moment in Perfect Tides comes right near the end. Here, Maras straight up tricked out of her cloud of pessimism and, almost accidentally, invests in repairing a withering bond rather than kicking the crap out of it while its down. That it happens so close to the end of the game means theres a rare air of optimism to the closing of Maras tale; that theres a chance this is where she turns things around. Youll probably never find it; the entire thing hinges on the seemingly random allocation of a free chocolate bar. You can (and, most likely, will) miss any indication to a light at the end of the tunnel if you dont strictly follow a line of events you dont usually know even exists.

Perfect Tides needed to do a better job at letting the player know this, because hiding its most uplifting moments almost seems spiteful, like its spent too much time around Mara and wants to harm itself and those around it so misery has the appropriate amount of company. Maybe thats somewhat poetic in an abstract kind of way but, realistically, its bloody infuriating. Ive been around this genre for a long, long time. Ive survived the horrors of L-Space; Ive rescued and repurposed the stupid rubber ducky; Ive outwitted and restrained that damn goat. But it was an egg roll in this game which was the puzzle that pushed me closest to my breaking point. At least the previous puzzles let me know they were fucking puzzles in the first place

So, either go in with an (ideally spoiler-free) checklist of the stuff you need to do or prepare to make an exhaustive catalogue of saves if you want to witness the best Perfect Tides has to offer. Its a hell of a lot of hassle to coax these moments out, so it should be a statement in and of itself that Im still recommending you try.

If you enjoyed this Perfect Tides review, you're encouraged to discuss it with the author and with other members of the site's community. If you don't already have an HonestGamers account, you can sign up for one in a snap. Thank you for reading!

© 1998 - 2023 HonestGamers
None of the material contained within this site may be reproduced in any conceivable fashion without permission from the author(s) of said material. This site is not sponsored or endorsed by Nintendo, Sega, Sony, Microsoft, or any other such party. Perfect Tides is a registered trademark of its copyright holder. This site makes no claim to Perfect Tides, its characters, screenshots, artwork, music, or any intellectual property contained within. Opinions expressed on this site do not necessarily represent the opinion of site staff or sponsors. Staff and freelance reviews are typically written based on time spent with a retail review copy or review key for the game that is provided by its publisher.