Gabriel Knight has this unfortunate habit of championing something right at the tail end of its popularity. Late 1993, Sins of the Fathers debuted as a pixel plotted adventure using a dumb icon interface and a creaking game engine. It was never going to be the most technically advanced title released that year, so it instead settled on being one of the best. Gabriel, a struggling author running a struggling book store, had fallen headfirst into an ancient voodoo sect that had entwined itself through the city of New Orleans. Armed with little more than a cult of personality and a mane of perfect golden hair, he smarmed his way through intact. His reward was enough material for a bestselling novel and a locational upgrade to a mediaeval castle located in rural Germany.

Then came the sequel. Wisely, Sierra decided Sins ageing interface was due an update. Unfortunately, the update it decided on was mid-nineties fad, FMV. Characteristically, 1995 was when the genre was starting to fall out of vogue, but the dice had been cast, and consequences had been reaped. Gone was Tim Currys scene-stealing vocal performance as the titular protagonist, and in came stage actor, Dean Erickson. Erickson had huge shoes to fill, but rather than try and emulate Curry, he provided a more nuanced take on the character. Sins of the Fathers Gabriel Knight was the king of his domain, an unflappable dervish of self-confidence, charm and wit. Perhaps fittingly considering his change of location, The Beast Within finds a more reserved Gabriel, one happy to be assumed a dim-witted American clown by the people around him while he patiently sleuths out the details needed to destroy them. 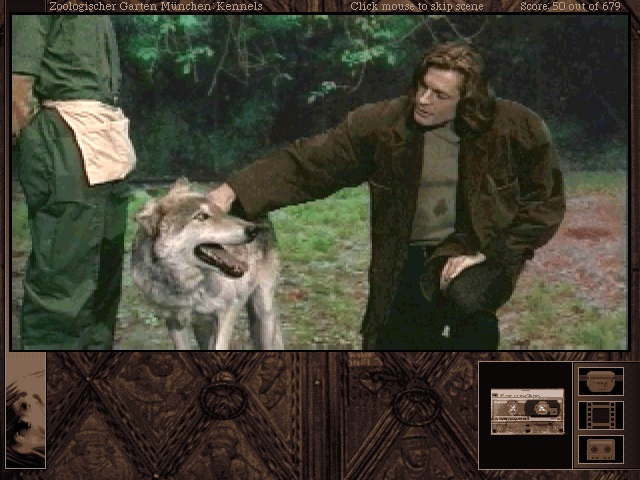 Hes also (unofficially) official in his second outing; originally a self-serving amateur detective looking for ideas to bolster his awful book sales, the successful elimination of the voodoo cult helped identify him as a Schattenjäger - a Shadow Hunter. They used to be an ancient order sworn to protect humanity against unspeakable evils, but theyre very much an army of one by this point. Still, downtown Munich suddenly finds itself held hostage by a rash of brutal, animalistic murders and no ones really buying the media take of a couple of escaped zoo-reared wolves being to blame. Theres something stronger, something more cunning, out there. It can hide its tracks; it can shift blame. Its bestial, but no mere beast. Modern day Germany has an old fashioned Werewolf problem.

Team Schattenjäger [population: Gabriel] have a monopoly on that market, so when the young daughter of a farm owner is snatched away mere metres from her house, theres only one person to call. Spurned partly by his new-found duty and partly by his damning lack of material for a new horror novel, Knight agrees to look into things. He snoops around the farmland, he harasses innocent zoo workers and he spends time fixing his hair every time he passes a mirror. All a means to sniff down a centuries old hunting lodge, full of shady high-stakes movers in the political and business world. 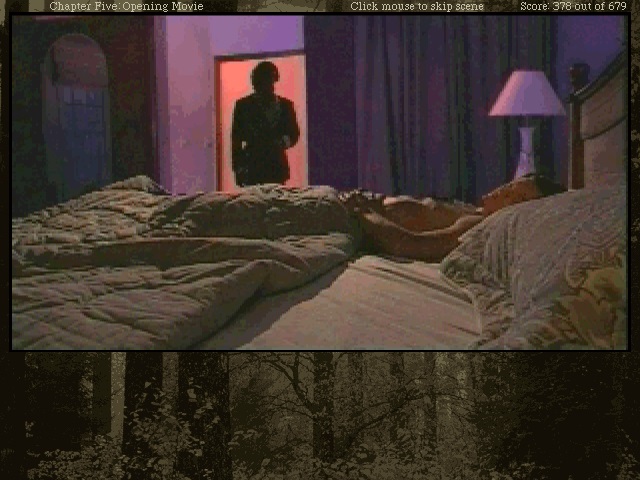 Once hes tricked his way onto the lodges membership roster, much of Gabriels time is spent trying to endear himself to the existing membership in order to try and figure out which one of them  if any -- might be [ahem] moonlighting as a murderer. But the lodge is a tricky place for a humble New Orleans boy to exist in. His newly-discovered Schattenjäger title has bestowed Gabriel with links to ancient Germanic nobility, which provides an initial foot in the door, but its the slowburn bromance with Baron Friedrich Von Glower that keeps him there. Glower seems to be the lodges spiritual leader of sorts, championing a philosophy that humanity is all very well and good, but perhaps man was better off when they relied more on their primal urges. Which, suspiciously, is a very werewolfy thing to say. However, the lodge is governed by this creed; all existing members subscribe to it. Some more religiously than others.

While he tells himself hanging around an open bar filled with (mostly) personable drunkards at a gentlemen's club is necessary and dangerous work given the context, this is not a viewpoint shared with his former bookstore assistant. Feeling like shes been cut out of the loop, Grace Nakimura is not happy and is perfectly willing to demonstrate this to any unfortunate nearby. While Gabriel is all charm and subtext, Grace is laser-focused intellect and tightly-wound fury. Shes armed with a ravenous interest in history and a not-at-all tsundere attitude that she doesnt care at all about that idiot, Knight, but if she doesnt step in, nothing will ever get done. She kind of has a point; while Gabriel dives headfirst into trying to figure out who the murderer is, Grace is left to try and sort out the why. 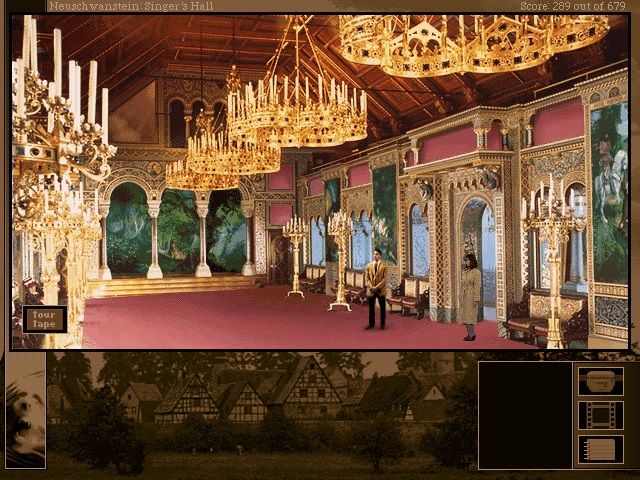 Its in her lore deep-dive that Sierras sheer commitment to the FMV format starts to pay dividends. All the backgrounds used through Beast Within are based around countless specifically captured photographs, rather than the mocked-up CGI efforts that were the norm. This is impressive enough when its the backdrop for Gabe lazing around in the farmhouse he uses as a base of operations, or poking around the local zoo to the annoyance of many, but Graces locations are somewhat grander. Shes latched on to the legends of The Black Wolf, a historical figure initially easily dismissed as fanciful who was active around the time of the eccentric Bavarian king, Ludwig II. Through Grace youll be learning a lot about Ludwig (wherever youre interested in the rise and fall of the proclaimed Fairy Tale King, or not!), which means visits to museums and ancestral homes aplenty. All resplendently captured and ready for you to explore.

The two investigations complement each other perfectly, with Grace often discovering horrific patterns that predict the dangerous path that Gabriel continues to unknowingly wander down. With no way to stop the runaway train that is a bullrushing Knight, a lot of damage has already been racked up by the time the pair converge on each other. Some of it unrepairable. Their last hope lies in the successful reinvention of a long forgotten opera and the desperate machinations of centuries old conspiracies thats all precariously balanced on the lock strength of a secluded storage room. Set to the heady backdrop of operatic tragedy, impossible high notes and awful juggling, the music halls catacombs stage a final, fatal gambit. Victory here, at best, is bittersweet; theres no perfect solution available. Just hard decisions and heavy consequences.

Not every encounter with a big bad wolf can produce a happily ever after.

© 1998 - 2022 HonestGamers
None of the material contained within this site may be reproduced in any conceivable fashion without permission from the author(s) of said material. This site is not sponsored or endorsed by Nintendo, Sega, Sony, Microsoft, or any other such party. The Beast Within: A Gabriel Knight Mystery is a registered trademark of its copyright holder. This site makes no claim to The Beast Within: A Gabriel Knight Mystery, its characters, screenshots, artwork, music, or any intellectual property contained within. Opinions expressed on this site do not necessarily represent the opinion of site staff or sponsors. Staff and freelance reviews are typically written based on time spent with a retail review copy or review key for the game that is provided by its publisher.