I like Kathy Rain. I should. Im more or less the exact target audience; its a retro-plotted point-and-click mystery that drip-feeds slowly into subtle, surreal horror. Kathy Im Not Like Normal Girls Rain is a sassy, sarcastic biker chick with a craving for loud music and strong drinks. Shes introduced as a dedicated collector of tropes  for example, she has a polar opposite roommate to play off, contrasting hangovers and heavy metal with wholesomeness and religion. Its through Best Girl Eileen that she learns of the death of her estranged grandfather, and returns to her childhood town to attend his funeral. Its been years since shes come home, and the reunion is bittersweet; she learns that before his death, her grandfather had been in an elongated cationic state. Motivated by guilt for not being there for her suffering family, she starts digging into the surreal circumstances surrounding her grandfathers unexplained illness. And down the rabbit hole she goes.

Her initial investigation is casual. Almost obligatory, as if she doesnt really expect to find anything of worth and just feels she should try. But the more she uncovers, and the deeper she digs, the more personal and the more bizarre things start to get. Theres more victims at stake than her recently deceased grandfather. Theres more people affected than the remnants of her family. And Kathy will bother them all, showing them the contents of her pockets repeatedly and unsolicitedly, as all good adventure protagonists are prone to do. 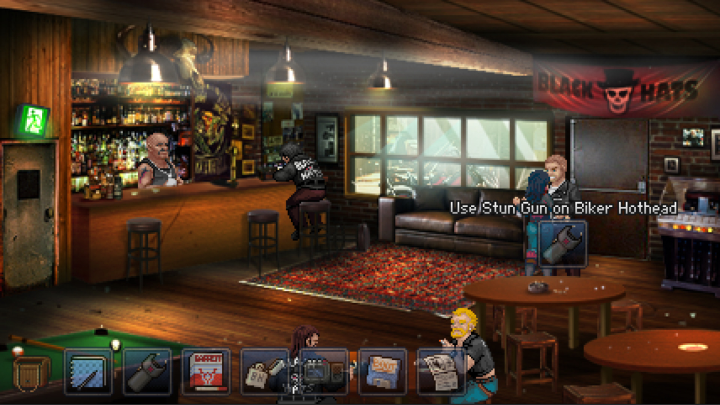 Kathy Rain is a very retro affair in that and many other senses. All the pixel art leaves little doubt as to what age of gaming it pays homage to, but it also leans in on its chosen era of the early Nineties. Try not to scoff too hard as it labels bulbous CRT monitors as cutting edge and expects you to look up peoples information in something as archaic as a phone book. But its also a tale well told, one that lets the people around it grow along with the story. You meet Kathy as a tryhard edgelord of sorts, a girl meticulously constructing a barrier between the world and herself. Then you get some glimpses of the hellscape of her life, of her reasons to be distant and angry. Theres moments where she doubles down on this, where she snarls in the face of disaster. Theres moments that pierce her protective bubble, exposing her as human after all. Theres moments where shes able to look back on the fragments of her past and, maybe not so much fix them, but make them solid enough to build upon again.

So, yeah, I like Kathy Rain. Thing is, I liked Kathy Rain back when it was originally released in 2016, as well. Talking about Kathy Rain: The Game is pretty easy, but talking specifically about Kathy Rain: Directors Cut is a little trickier, because theres not a huge amount of changes to discuss. The adventure itself is augmented with little touches here and there rather than massively overhauled. For example! Early in the second chapter, youre asked to make use of a scanner, which is treated with the reverence it deserved in the 90s (in other words, its mainly powered by shareware hacks distributed on floppy disks). This is a vital tool when messing around with visual images you may what to delve deeper into, but it also has a surprising extra feature. You could feed the tiny cassette tapes people used to use in answering machines into it and download the audio. While point and click veterans would come to this conclusion eventually through either the context of the puzzle or, more likely, after a furious bout of randomly clicking everything in your inventory with everything in the room, it doesnt make a lot of standalone sense. Now, the computer has audio software installed, presenting a more natural conundrum solution that makes a lot more sense. 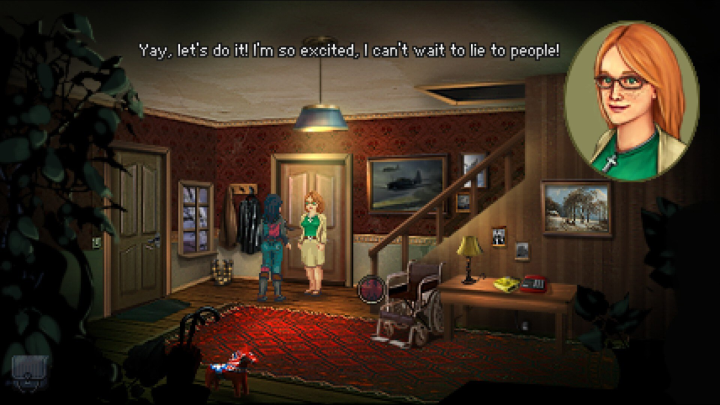 While going back and smoothing out the rougher puzzles is certainly appreciated and, while this attention to righting slight wrongs does make The Directors Cut the superior game, it would be very hard to justify it as a whole new game based on just that. And theres no mistake that The Directors Cut isnt just an update for the original, but considers itself its own entity entirely. This is highlighted by the fact that, though heavily discounted for original owners, its still a necessary purchase. If the adventures not changed much, how does it justify this? Mainly by transplanting the entire game onto a brand new engine. Originally, Rain was slavishly devoted to retro chic, offering a resolution of 320x240, which is positively archaic. Upscaling this to fullscreen, to be charitable, worked out okay, but it was noticeable that you were playing outside the provided resolution. This is no more. Fullscreen support is native, with the Directors Cut ditching the originals nostalgic black bars bordering the screen, that nobody misses. Theres no FPS cap, the aspect ratio is fixed and the control interface has been streamlined. You can even play with a controller instead of a mouse now if youre a filthy heathen.

So, where does this leave us? If you never played the game in its original form, then The Directors Cut has now made that version wholly obsolete. Theres simply no reason to play the previous version over the update. For returning players, its a harder sell. I certainly enjoyed going back through Kathys weird Twin Peaks-esque homecoming for a second time, but the adventure itself has barely been altered. If you want to take on small-town horror for a second sitting, you can do so with a new coat of finery. If youre expecting more content alongside your upscale, perhaps take a Rain cheque.

If you enjoyed this Kathy Rain: Director's Cut review, you're encouraged to discuss it with the author and with other members of the site's community. If you don't already have an HonestGamers account, you can sign up for one in a snap. Thank you for reading!

© 1998-2021 HonestGamers
None of the material contained within this site may be reproduced in any conceivable fashion without permission from the author(s) of said material. This site is not sponsored or endorsed by Nintendo, Sega, Sony, Microsoft, or any other such party. Kathy Rain: Director's Cut is a registered trademark of its copyright holder. This site makes no claim to Kathy Rain: Director's Cut, its characters, screenshots, artwork, music, or any intellectual property contained within. Opinions expressed on this site do not necessarily represent the opinion of site staff or sponsors. Staff and freelance reviews are typically written based on time spent with a retail review copy or review key for the game that is provided by its publisher.