Im not really sure what I was expecting from Xanadu Next; I had been drawn in by its uniquely bizarre circumstances. What bizarre circumstances, you ask yourself? Well, Next started life as a N-Gage exclusive, released back in 2005 to critical indifference. It was not enough to save that platform, and none of the seven N-Gage owners seemed particularly enamored with it. Loath to let all the work go to waste, though, Falcom re-released it on PC later that year. In Japan only. Seemingly destined to be nothing but an odd bit of trivia for the Western world, it was snuck out as a worldwide release in late 2016. It received little in the way of marketing and fanfare, quietly sandwiched between the much bigger releases of The Legend of Heroes: Trails in the Sky SC and Ys Origin.

Honestly, I went in expecting a barely functioning N-Gage emulation that I could point and laugh at for a few hours, sate my curiosity, and never look back. That was not the case. This is not what happened. Instead, I sank a little under 30 hours into the game, seeking out new ways in which to inflate the time I spent before begrudgingly heading off to take on the end-of-game boss. I bolstered weapons I had no need for; I trained abilities I never used. Xanadu Next is the sleeper hit you never know about, the Falcom experiment rebuilt and repurposed from the corpse of a questionable dalliance with a doomed mobile gaming platform. It has no right to be as brilliant as it is. 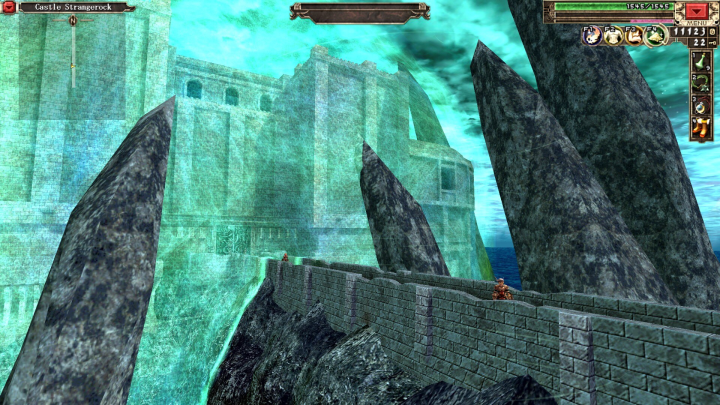 Its this weird amalgamation of ideas that was, frankly, ahead of its time. It would be easy to throw out a Metriodvania tag on the whole experience and call it a day, but Next is so much more than that. The entire game revolves around an isolated village, situated on the coast of a rural island. The village is your solitary source to buy provisions and armaments, as well as the only real place youll find any kind of civilization. The rest of the island is covered in decaying ruins, the ancient hub of a long forgotten kingdom swallowed up by time. You play a disgraced knight guarding a student scholar who has come to study the ruins.

The island itself is regularly the star of the entire show, which is just as well as your silent protagonist knight isnt about to win any personality awards. Theres ruins dotted all over the place, but it does an excellent job of making sure you're gently guided to the right locations, while putting various obstacles in your way that you cant generally overcome until the time is right. It means you barely ever wander into an area with threats you cant handle and die a quick, miserable death. And so a pattern starts to emerge; you leave the safe embrace of the village, and set off into the ruins to explore. For the most part, youll eke out a little more progress before returning to town a little stronger than you were before you set off. Maybe youve gained a new level, or racked up enough gold to buy a new shield. Maybe youve killed something thats dropped a better weapon. Maybe youve forged far enough ahead that youve opened a new pathway, or discovered the means to explore a previously blocked-off passageway. 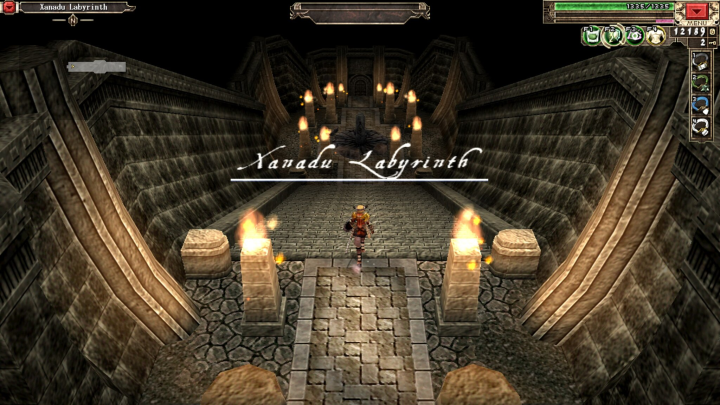 Unlike most JRPG games, where you beat a dungeon and then dismiss it completely while you start work on something completely new, the ruins of Harlech Island are a singular, huge, constantly evolving dungeon crawl. It has differing areas, sure, but everything is meticulously interconnected, peppered with various entrances and exits that link everything together. Right at the start of the game, theres a miner in town bitching about how hes unable to do his job anymore because the stupid lift has broken down at the peak of the nearby mountain. Hours and hours and hours later, you find yourself exploring that mountain and have the opportunity to fix the lift. In doing so, you then have the option to go right to the summit from the comfort of the village whenever you like.

Every aspect of the island follows this trait, linking everything into everything else, creating pathways and shortcuts that take once obsolete areas and make them suddenly relevant again. And its vital you discover all these new ways to return to old areas, because youre always discovering tools that allow you to delve further than you could before. You find gauntlets that let you smash through rock faces, or push aside heavy stones blocks. Theres a pair of boots that let you walk on air for a short distance, or spectacles that uncover hidden paths. With the right artifact, you can reignite stone circles that let you teleport into the heart of vital areas, and use them to jump around the island at will.

In between all that, you heartlessly stab slimes, goblins and bats to death. Mass murdering not only pays the bills and supplies you with delicious experience points that you can spend on all the expected character stats, but will slowly level up your current weapon of choice. Next has a system where youre constantly having to try and juggle what weapon youre going to use because it might be the only game ever made where equipping a more powerful weapon actually means making your knight significantly weaker in the short term. A lot of times, the old weapon I had was maxed out on 200% compatibility, but swapping that out with an unfamiliar sword with better base stats means you start from scratch. In the long term, its a better deal, especially because every time you hit 100%, you permanently learn that weapons unique skill. But it forces you to undertake little pockets where you're more vulnerable than you used to be. It was during one of these periods when a massive rampaging spider smashed its way through a dungeon wall and proceed to casually murder me while I barely grazed it. 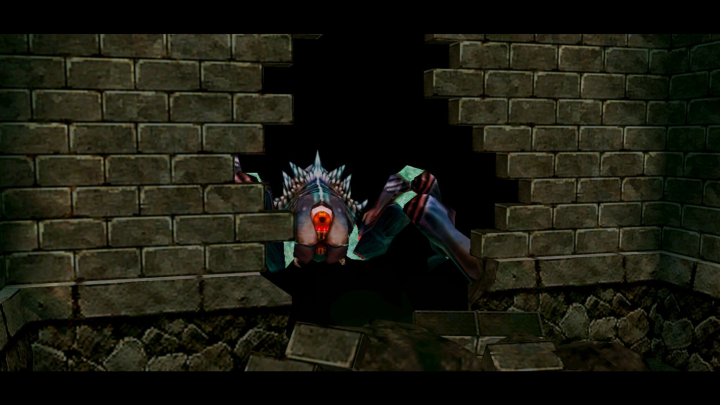 Scölltula is a cycoptian bastard, and dont let anyone suggest differently! When he bursts onto the scene, at least he spends the first half of your fight stationary while he frees himself from the remains of the wall. At this point, all you need to do is worry about mundane offences, like massive swipes of its arachnid legs, or having the remnants of the collapsing ceiling drop on your head. Its when the little bugger gets free youre in real trouble; he skitters at troublesome speeds which you can use to your advantage, tricking him into bull rushing head-first into a nearby pillar. Thatll daze him long enough for you to get a few blows in, only the pillars will crumble into nothing after absorbing a few hits and theyre in finite supply. Then, in between sections of the ceiling shaking loose again and threatening to crush you, Scölltula will fire flurries of biological mortar shells from his thorax that you can either desperately dodge, or try to slice through before they explode.

In combat, Xanadu Next is a familiar Falcom product, presenting a similar, if not more strategic, action-RPG styling to its more well known Ys offerings. But in the design of its world and the experimental inter-connectivity that lets every aspect eventually submerge into one huge crawl, theres very little out there I can really liken it to. I wanted to pick up an obscure oddity, led by morbid curiosity and low expectations. I didnt expect this. I nearly found myself in a position where I might have had to say complimentary things about the Nokia N-Gage. Instead, Ill rave about a forgotten little game; it might well be one of the best things youve never played.

If you enjoyed this Xanadu Next review, you're encouraged to discuss it with the author and with other members of the site's community. If you don't already have an HonestGamers account, you can sign up for one in a snap. Thank you for reading!

© 1998-2021 HonestGamers
None of the material contained within this site may be reproduced in any conceivable fashion without permission from the author(s) of said material. This site is not sponsored or endorsed by Nintendo, Sega, Sony, Microsoft, or any other such party. Xanadu Next is a registered trademark of its copyright holder. This site makes no claim to Xanadu Next, its characters, screenshots, artwork, music, or any intellectual property contained within. Opinions expressed on this site do not necessarily represent the opinion of site staff or sponsors. Staff and freelance reviews are typically written based on time spent with a retail review copy or review key for the game that is provided by its publisher.