A lot of the time, this weird self-imposed trek through the 32X library Ive forced upon myself has led to the near heart-breaking discovery that a lot of effort has been ploughed into a lot of projects that were doomed from the start. Theres a fair few examples where I went into a game expecting very little but a slightly updated version of a previous 16bit title and got more than I bargained for. Theres genuine squandered potential in the 32X and sincere talent on show in trying to take advantage of that. Which leads us to World Series Baseball Starring Deion Sanders, which was released less than a year after the Genesis release of World Series Baseball 95. Its a slightly updated version of a previous 16bit title.

To be fair, this would only be inherently bad if youd been duped into buying both versions back in the day and, as World Series Baseball 95 was a decent baseball game, it means that World Series Baseball Starring Deion Sanders is also a decent baseball game. Just with a few oddities. For example, the 32X game makes a big deal about the inclusion of Deion Sanders, but box art aside, you wouldnt know it. Hes not featured anywhere within the game itself, not splashed up on the start screen, mentioned at all in the credits, and his character model is the exact same one used for every person in the game. Its almost as if, a cynical person might assume, he was attached to the game after development had concluded to try and syphon a little bit of star power. 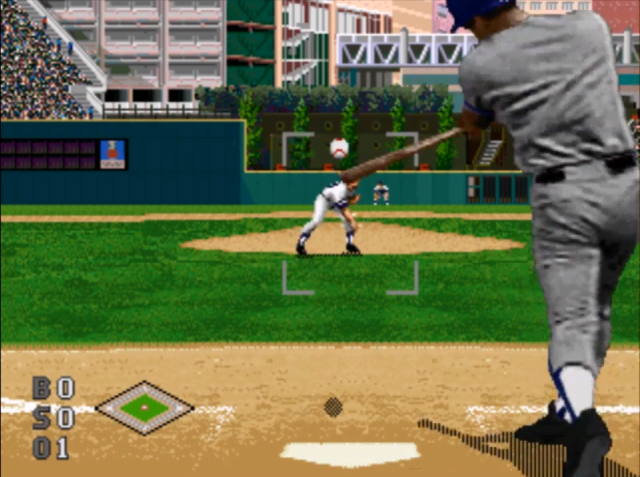 Still, the franchise was known for being a little ahead of the curveball. It was the first series to obtain full licensing rights, meaning it was able to use real life teams and real life players, whereas most other baseball games only had access to one of these, if any at all. It also widely popularised the now near uniform behind-the-plate camera view, with the perspective being mounted around where the catcher is positioned. From here, it promoted a very simplistic batting mechanic complimented by a more involved than usual pitching game.

Compared to other baseball games of its era, World Series Baseball was missing some very obvious functions. For example, you couldnt move your batter around the plate, and he was forever rooted to the very spot you find him in. There was also no directional control to your batting, which gave you only one thing to concentrate on; hitting the ball. To this end, you were offered three different kinds of swing; a normal hit, a power hit and a bunt. Power hits gave you less chance of making a clean connection with the ball, but had the potential to absolutely leather it should you manage to time it right. If the conditions were right, anyway; using anyone other than a power hitter made this swing more or less obsolete, meaning that a smart gamer reserved this for the star batters, and tried to pick up singles and doubles with the squad players and normal swings. 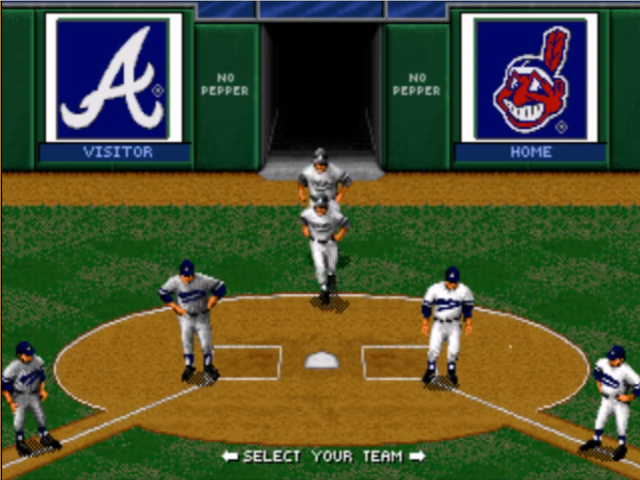 Pitching is a little more involved. For one, while your batter is afforded no movement, the first thing you can do as a pitcher is adjust the aim of your pitch. You can plot the course of your ball within a square placed in the middle of the screen, allowing you to pitch high, sneak a ball a little closer to the batter (I never managed to hit him, though. Not through lack of trying) or just smash it right down the middle. From there, you can allocate the kind of pitch and then select one of three different speeds, allowing you a lot of options in how to boisterously bamboozle a batter brilliantly.

As was the case with the 16bit version. Really, aside from attaching a player to the title who gets no special treatment in the game, theres not a lot of noticeable difference between the two games. The 32X version does have this neat little trick on how it zooms in to an outfield player when the ball come nearby, which looks pretty cool when hes rooted for a catch, and ridiculous when hes chasing a ball, and the camera zooms in and out depending on whos currently winning the race. And thats, really, all there is to say about World Series Baseball. It was a decent Genesis game before being, not coincidentally, also a decent 32X game. It was pretty decent when it came out on the Saturn less than a year later, too. Only there, the crowd noise didnt sound like mumbling static and the game commentary didnt sound like it was voiced by a Speak & Spell cursed with a slowly dying battery.

If you enjoyed this World Series Baseball Starring Deion Sanders review, you're encouraged to discuss it with the author and with other members of the site's community. If you don't already have an HonestGamers account, you can sign up for one in a snap. Thank you for reading!

© 1998-2021 HonestGamers
None of the material contained within this site may be reproduced in any conceivable fashion without permission from the author(s) of said material. This site is not sponsored or endorsed by Nintendo, Sega, Sony, Microsoft, or any other such party. World Series Baseball Starring Deion Sanders is a registered trademark of its copyright holder. This site makes no claim to World Series Baseball Starring Deion Sanders, its characters, screenshots, artwork, music, or any intellectual property contained within. Opinions expressed on this site do not necessarily represent the opinion of site staff or sponsors. Staff and freelance reviews are typically written based on time spent with a retail review copy or review key for the game that is provided by its publisher.