Playing with expectations is a wild-card strategy that more often results in the attempt backfiring then achieving something noteworthy. Considering the wide array of talent behind The Station who previously worked on titles like BioShock Infinite, Deus Ex: Human Revolution and Sleeping Dogs this team seems familiar with that challenge. Unfortunately, as ambitious as The Station may be, the game never reaches the same pedigree.

Without spoiling the experience, The Station may be disappointing if you care about the premise as the game doesnt truly tackle it. The underwhelming reception may be due to the small budget they were given as Im impressed what they created with 15K crowdfunded. However, its not the lack of gameplay that hurts The Station; instead, its the narrative, which undermines the many questions it raises without providing meaningful alternatives other than the twist. Had I purchased it at full price, I would likely refund it within the two-hour window, but had I paid as much as a paperback novel I might be more satisfied.

The One Man Show in Space

The best way to describe the gameplay of The Station is if you were to take only the introductory, non-combat sections of BioShock 1 and Infinite and made them into a complete game with small puzzles to offer some interaction. Essentially, imagine the first part of the Burial at Sea DLC where its focused exclusively on the narrative rather than providing anything else. While these comparisons are not entirely the same, different teams and different budgets, it does highlight how limited The Station can be on its own with its threadbare experience. It manages to do one means of interaction really well--the problem is its the only thing it ever achieves. 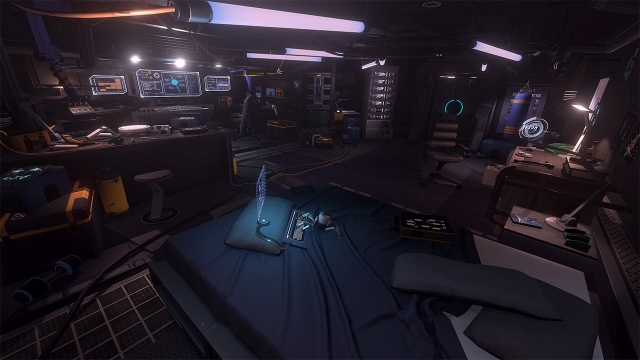 Instead of providing highs and lows to keep the gameplay refreshing, The Station stays consistent to a fault. Gameplay boils down between two means of interaction: Environmental puzzles and manipulating objects. These remain surprisingly diverse as the areas and the puzzles reflect the different personalities you encounter, which perhaps reaches its highest moment with the repair bot objective. The interactions you create to solve the puzzles feels immersive as you examine the tools and the scenery to find the working components. Afterwards, the gameplay quickly drags with basic puzzles, especially the locker mechanism because the bottom line may obscure the solution. (As someone who has played The Witness for 15 hours, its perhaps a far annoying issue than to others.) The rest of the content are the audio/text-log filler you expect from walking sims. Nothing noteworthy about the Augmented Reality feature ever becomes translated into gameplay other than acting as the players UI.

However, perhaps the far more egregious problem with the gameplay are the controls. Similar to Amnesia, The Station uses the same system when interacting with objects, but they are severely hampered with stiff controls. Even with mouse sensitivity maxed out, the doors will not open without several swipes across the mousepad. Picking up and moving objects is fine, yet the zoom feature doesnt work without zooming it with another button first. While there are no time-sensitive puzzles, the lack of responsive controls makes the simple act of observing the environment frustrating. As the main component for the gameplay as well as the storytelling, it baffles me how unpolished this mechanic can be while the environments, voice-acting and environmental storytelling are top notch. (Although the characters can feel like they suffer from extreme extroversion with how much they telegraph their lives on the scenery around them.)

Its Not Its All a Dream, But

Out of the many questions The Station asks me to ponder, the one that perhaps will stick with me the most is not exclusive to the Station itself: How much should a games ending or twist affect the overall experience? Should it ever be the deal breaker? 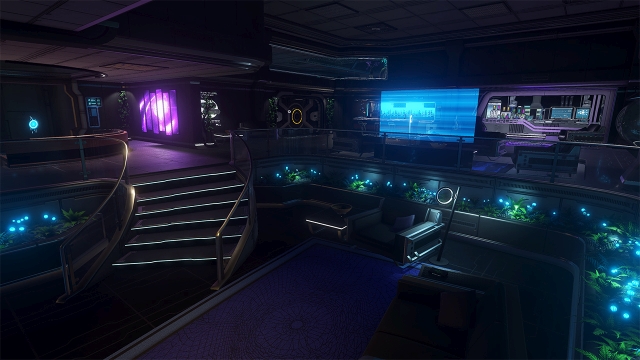 Though others may have different answers, most will probably attest it depends on the type of game and what qualities the game chooses to put into focus. The latter half of Dark Souls was not disappointing because it lacked build up or a meaningful resolution; the reaction was from the drop-in quality of its gameplay that hampered the whole experience. Similarly, the original BioShock ended disappointingly with a mediocre boss fight and vapid choices, yet these were aspects overlooked by many fans who valued the world-building of Rapture and the impact of its twists. The Station, however, can neither rest on its gameplay nor its attempts to flesh out a narrative, which is directly impacted by its focus to build up its twist rather than creating a world or a story worth revisiting.

The only way to explain the impact without spoiling the twist itself is to explain that its not It was all a dream! cliché, yet the twist accomplishes the same purpose of making a story devoid of purpose. It creates a narrative of questions it will never answer, and instead of learning anything meaningful from the experience it wipes the slate with a twist to save itself. This criticism isnt to say you can never use any clichés; its how you use them that matters the most. PREY (2017) manages to pull off a similar twist of subverting the players expectations of what happened, yet it also recognizes the players agency. In contrast, The Station not only robs what little interest may be gleamed from its set-up it but also creates a story not related to what it wanted to explore. The end result is a narrative where you are left to fill the void of questions the creators left for self-reflection.

Ground Control I Think My Spaceship Knows Which Way to Go

As many criticisms as I have levied at The Station, its not an experience I regret, nor do I believe is bad, yet its difficult to find anything worthy to praise. Honestly, its the level of detail of the space station itself that is perhaps the most enticing aspect of the game as it reminded me of the Nostromo with the small stories it tells from pure observation. However, even $15 would be steep to enjoy a walk through a realistically portrayed environment, so if the personal issues with the story dont bother you, then you may enjoy the game when it is a more appropriate price. 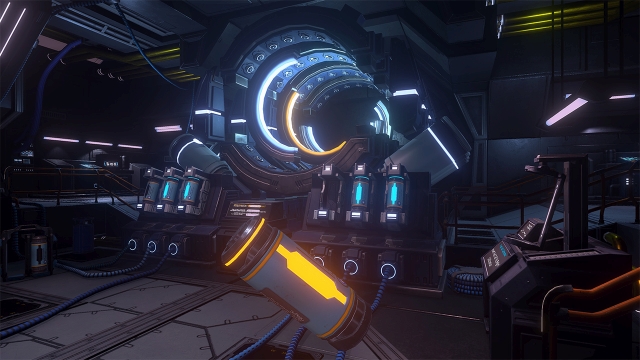 As a whole, The Station is a one-and-done experience of ambition; it doesnt crash and burn but rather feels like the ideas it wanted to explore never reached lift-off while the game itself left them behind alone with the echoing cries from afar.
2/5

If you enjoyed this The Station review, you're encouraged to discuss it with the author and with other members of the site's community. If you don't already have an HonestGamers account, you can sign up for one in a snap. Thank you for reading!

© 1998-2021 HonestGamers
None of the material contained within this site may be reproduced in any conceivable fashion without permission from the author(s) of said material. This site is not sponsored or endorsed by Nintendo, Sega, Sony, Microsoft, or any other such party. The Station is a registered trademark of its copyright holder. This site makes no claim to The Station, its characters, screenshots, artwork, music, or any intellectual property contained within. Opinions expressed on this site do not necessarily represent the opinion of site staff or sponsors. Staff and freelance reviews are typically written based on time spent with a retail review copy or review key for the game that is provided by its publisher.