Something that is indicative of not only White March Part 2 but Pillars of Eternity Deadfire is the problem of raising stakes when you have already done an end of the world scenario. Perhaps even more so than Deadfire, White March Act 2 feels somewhat by the numbers in its design while providing a wonderful experience. This is in contrast to the first act which felt more freeform of an adventure simply learning about the lore of Eora. By no means is this expansion bad--and in many cases its an enjoyable finale to the side-story expansion--as it features some of the more engaging bosses of the game, especially on the POTD mode, yet the adventure cannot help but feel like it overstays its welcome as well as become too demanding of how it wants you to play. Its perhaps not a surprise that even if you leave the second act of the White March mid-game, the sequel hardly takes it into account as it expects you to reach the conclusion because of its stakes.


The Equivalent of MacGyvering a Missing Jigsaw Piece of Storytelling

As morose as I may sound, I do quite enjoy the White March second act for many reasons such as the boss encounters, the lore it adds about the Raedacerans, the gods and Ondras followers. These aspects were made even more enjoyable experiencing it on the POTD difficulty--up to a certain point where the balance favors more hardcore players. The game also suffers a similar problem with Baldurs Gate expansions (Siege of Dragonspear and Throne of Bhaal) where it feels more like bloating the playtime of the games while relying on the narrative to keep players invested. This is perhaps why I look at the White March expansions more favorably as a spin-off game, which would be more interesting if it started from level 1. As a side-story conclusion to the first game, it feels out of place, especially when determining when to access its content. 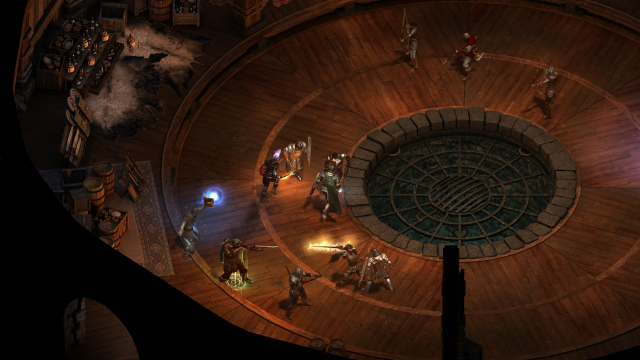 With the first act of the White March, while it suffered its own difficulty problems, it had some place in the narrative as another lead about chasing the Leaden Key. This made it flow seamlessly with the other quests that tasked you to explore inside and out of Defiance Bay in the main-game. Accessing the second act of White March requires you to rest outside the White March for a cinematic dream sequence to play, foreshadowing some doomsday monstrosity is coming to destroy the Dyrwood. The dream/vision scenario attempts to solve the problem of how to direct players away from chasing Thaos into Twin Elems by making the stakes higher, yet it cannot help but feel incongruent with the main-game because of how little relates to it. You could access this content at any time between the main-games second or third act, yet it will always feel like a distraction and it will also suffer the same problem of the first White March of difficulty spikes if you choose to play it early. (It also as the indirect consequence of weakening the Twin Elms area and Thaos boss fight if you play the White March 2 before reaching the ending of the main-game.)

Narrative and balance issues aside, the set-up and the execution of White March Part 2 does live up its initial foreshadowing as you slowly uncover a new mystery of the gods and you see the small ramifications of your choices in the first act as well as meeting new important characters. Similar to the first act, there is a heavy emphasis on the lore simply immersing you further into the world with engaging quests to make a more interesting experience. While many quests feel more like dungeon crawls with small bits of choice, they are potent enough to make players feel like they have influence over certain situations. This is made even more apparent at the finale with the obvious jab at the ending of Fallout 3 when you can avoid killing yourself with an item you receive while acting like youre making a heroic sacrifice. Moments like this one and other high marks keep this expansion from feeling like a drag, and its only when the difficulty begins to become unbearable does the experience suffer.


Tidecasters Come In, Rage Comes Out; You Can Explain That! 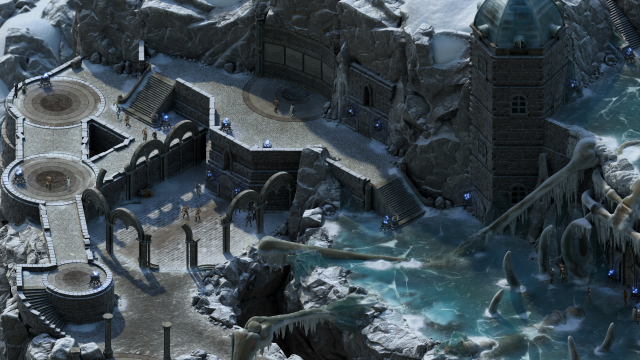 If you have played this expansion, then you know exactly what moment it is that I reached my breaking point with POTD. While there are certain ways to make the forced fight easier by engaging the forced boss early, the stats and the cheapness of Ondras monks makes that part of the game the absolute worst in the series. This moment wasnt the only time where the balance became an issue as certain end-game bosses could seem borderline impossible without min-maxing party members, but it was the moment where I had to lower the difficulty to get through it. The difference is between those optional end-game activities and this one encounter is one cannot be avoided while others can be ignored if the challenge becomes too much, and I think that is what many average players will come away with from this expansion.

In fairness, many of the bosses or boss-like enemies like the Virthrack Fungus fight, the Kraken and Abbydons offspring are fair though tough encounters. Even sequences like the battle on the elevator, which used some choose-your-adventure options to influence its difficulty, were moments of brilliance. These battles were what I adored from the first White March act, and I grew to fondly remember them while dressing my wounds; its these other moments that are unnecessarily vindictive to the player. Perhaps players who dont choose the POTD option may see this moment grossly magnified as you can freely toggle between difficulties, but with the POTD mode being an option you cannot switch back on it may break many players from completing it. (I cannot begin to imagine how annoying it would be to play this section with iron-man saves.) Whether or not this section of the game, though not miniscule and not restrictive to some stealth/persuasive approaches, will tarnish the whole experience is something only you can decide after experiencing the expansion at its worst.


...And All Who Saw Her Grief That Day, Sleep in Her Bosom Still 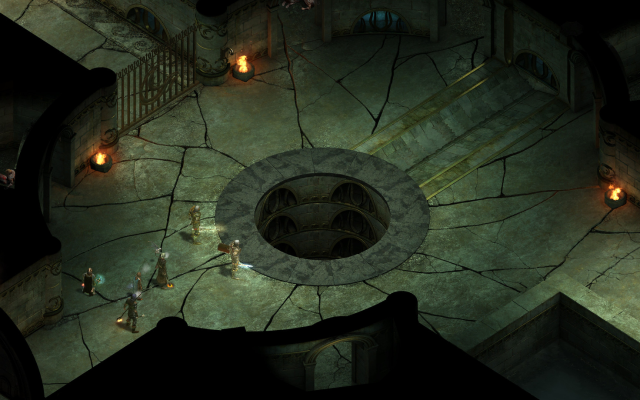 In my previous review of the White March, I mentioned how fondly nostalgia can be when it proves to be as vivid and as faithful as you fondly recall, and yet even then it can be susceptible to forget what problems you may have had at the time. White March Part 2 is the other side of nostalgia where you can recall something you truly did enjoy for all the great things it offered, and when you experience it again all the flaws are what stand out. There is still the same resonating fondness and admiration as before yet its one of those memories best left to remember in its good graces rather than experience its shortcomings again that you know are obvious. This duality of nostalgia is what the White March will always mean to me--good and bad, entertaining and frustrating, moments of absolute heaven and torments from hell--all wrapped up together into one emotional journey I dare say is one worth returning to one day if for no other reason to experience the turmoil once more.
4/5

If you enjoyed this Pillars of Eternity - The White March Part II review, you're encouraged to discuss it with the author and with other members of the site's community. If you don't already have an HonestGamers account, you can sign up for one in a snap. Thank you for reading!

© 1998-2021 HonestGamers
None of the material contained within this site may be reproduced in any conceivable fashion without permission from the author(s) of said material. This site is not sponsored or endorsed by Nintendo, Sega, Sony, Microsoft, or any other such party. Pillars of Eternity - The White March Part II is a registered trademark of its copyright holder. This site makes no claim to Pillars of Eternity - The White March Part II, its characters, screenshots, artwork, music, or any intellectual property contained within. Opinions expressed on this site do not necessarily represent the opinion of site staff or sponsors. Staff and freelance reviews are typically written based on time spent with a retail review copy or review key for the game that is provided by its publisher.