Nostalgia can be a hindrance borne out of good intentions, and yet when a game is made fonder the second time around you wish you could perish any thoughts from before. That one word is how I would describe the first act of the White March, a nostalgic throwback to Obsidians Black Isle days. Experiencing the White March before and after Icewind Dale--as well as before and after Pillars of Eternity 2--makes me truly appreciate its departure from the main games as well as its many improvements on the bittersweet classic of old. However, as with many memories from the past, sometimes the things we forgive are not what we remember.


The Icewind Dale 3 / Heart of Winter 2 We Did Get

The comparison to Icewind Dale is not a superficial one because the similarities extend farther than the snow tracks. In many ways, the first DLC of the White March is the younger brother who learned all he knew from his older one without the same mistakes. Plot-structure, quests, role-playing moments and the overall feel of Icewind Dales set-up of a wandering band of aimless adventurers uncovering some forgotten lore are what drive the White March. Instead of a doomsday scenario like the base-game and its sequel (as well as the White March part 2), the scenario is more grounded in everyday concerns of its inhabitants. Like with the previous Infinity Engine games, the White March expansion could stand on its own with how much quality content it adds to the overall experience. Even if you have not experienced other Infinity Engine titles but have played RPGs for a long time, these feelings of adventure will be mutual. 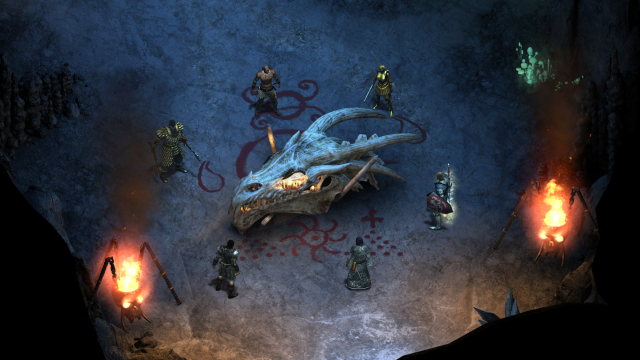 This aspect becomes apparent from the outset as the Watcher and his companions reach the town of Stalwart. Arriving amid an ambush from the local wildlife, the player assists the town in search of the White Forge and/or traces of the Leaden Key. Moments of skill-/class-/reputation-based dialogue keep what are otherwise straightforward quests from each playthrough feeling the same. This introduction largely captures the same feeling as Icewind Dale after you create your party, except you will have had time in the base game to bond more with them. Difficult encounters tax players to truly master the gameplay, yet also giving in-game hints to teach players how to become more adept. Of all the comparisons, the search of the White Forge makes this adventure feel like an actual classic D&D-style experience as it is only one story told among the White March.

Rambling sentimental tundra aside, there is simply a whole game added into this first part that will take most players ten to twelve hours to complete. While the narrative may not fit into the game nicely as much as it tries after the initial quest in Act 2, the journey will be a welcome respite from the sameness of the base game. In addition to these benefits, Part 1 also includes three new companions of more underused classes (Rogue, Barbarian and Monk) as well as opening new end-game activities to meet the challenge of its increased level cap such as the Siege de Cragholdt and the Battle of Yenwood (with patch 3.0). Playing on Path of the Damned is a must if you wish to experience this content with the same bitter chill of the Spine of the World; however, its also the source of consternation of the first act. 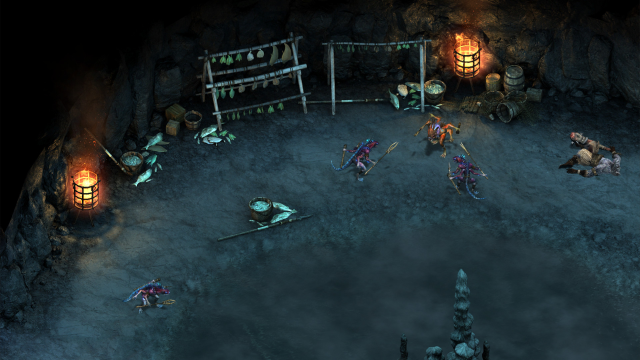 Having experienced this DLC on a non-POTD and a standard POTD run, there is one common problem that will tarnish an otherwise flawless expansion, namely its difficulty. Similar to how THA0C0 is wacko of old Infinity Engine titles, the Marsh can be thought of the Spikes of the World. The major issue is that the White March content from both acts and the end-game activities are distributed at lower levels. Some of these quests warn you of their implausible odds, yet many rely on you taking the hint after enough deaths like wandering into the Alpine Dragons lair or fighting the Galvinos constructs. This issue is made even more of a problem because if you approach this content above the recommended level of 7/8, then the game will ask if you wish to upscale the challenge.

Now perhaps the blame should be on me for initially choosing the upscale option my first time around on a non-POTD run, but if the game recommends its too easy and I want a fair challenge then am I really the one at fault? Unless you are obsessed with min-maxing builds or playing solo-POTD runs, you shouldnt really choose the scaling option, period. Fighting the ogres at the beginning may be easy enough with a high-level party on any difficulty--and youll need to have decent stats to stand the pummeling of their cannons--but the onslaught of specters and the final showdown at the White Forge will be challenging on their own. As with the difficulty spikes that remain, the death barometer test of Pillars of Eternity remains true as ever that will only tarnish players who play games blind. Replaying the content a second time around, this issue never came up because I had the foreknowledge to take breaks from the White March when the climb became too steep.


In the Depths of Winter, An Invincible Summer Remains 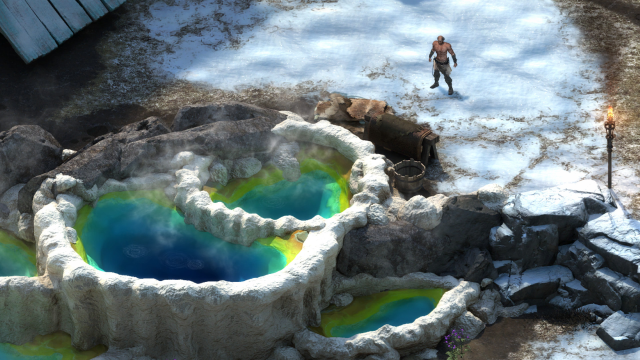 Out of all the Infinity Engine and Infinity Engine inspired games, the first act of the White March is perhaps my favorite due to how it taps into the primal thrill of adventure in RPGs. Whereas major story expansions like Baldurs Gate 2 and Dragon Age Inquisition reach climatic high-notes, the White March contents itself to make the player feel like an inhabitant in some wayward land returning home. Reminiscing the many wonders, the mysteries and the horrors of the land etched into its surroundings like scars, the more time spent exploring these hazardous terrains reminds one less of the chilling cold but the heartwarming sensations it also brings when staying around to kindle the small sparks left.
4.5/5

If you enjoyed this Pillars of Eternity - The White March Part I review, you're encouraged to discuss it with the author and with other members of the site's community. If you don't already have an HonestGamers account, you can sign up for one in a snap. Thank you for reading!

© 1998-2021 HonestGamers
None of the material contained within this site may be reproduced in any conceivable fashion without permission from the author(s) of said material. This site is not sponsored or endorsed by Nintendo, Sega, Sony, Microsoft, or any other such party. Pillars of Eternity - The White March Part I is a registered trademark of its copyright holder. This site makes no claim to Pillars of Eternity - The White March Part I, its characters, screenshots, artwork, music, or any intellectual property contained within. Opinions expressed on this site do not necessarily represent the opinion of site staff or sponsors. Staff and freelance reviews are typically written based on time spent with a retail review copy or review key for the game that is provided by its publisher.