Theres one scene in The Quiet Man that initially gave me some shred of hope. One scene. In it, the deaf protagonist sits in a classy bar while a woman plays the piano. Now then, Ill assume youve spotted the contradiction in that set-up; how can he hear the music if he cannot hear at all? Simply enough, he cant. The piano is clearly being played, but all you hear is washed out distortions. Why? Who knows! Is it how the protagonist imagines music to sound? Is it the time-depleted memories of what music was back in a half-remembered time when he wasnt deaf, if indeed he wasnt born that way? Why does the man care so much about the performance that he sits, captivated, watching a recital he cannot comprehend? Youve no way of knowing; you dont know the man. You dont know his relationship with the pianist. I found myself interested to see how these questions would be answered. I was a fool. These answers never come.

The Quiet Man is a video game second and a gimmick first. That gimmick revolves around the protagonists deafness, except it does it in as obtrusive a manner as imaginable. Sometimes, its an arthouse FMV game, employing real actors to act out real scenes, but all the volume is nulled and youre, I guess, expected to try and piece whats going on by the context of the scene. Except, the scenes arent built around you, the player, sharing the protagonist's disabilities; hes usually very aware of whats going on. Instead, theyre completely blanked out, so even when the protagonist is clearly shown to understand whats going on, that explanation is not shared. So how do you understand the plot? You dont. Half the game is pointless cutscenes that invest very little in action-based storytelling and rely almost entirely on verbal communication that you cannot hear. Sometimes, the protagonist even speaks, but thats muted, too. What youre left with is unskippable scenes that often drone on for about fifteen minutes that you have zero ways to comprehend.

But this is only half the game. The other half swaps out the real life actors for CGI models that sometimes look passingly similar, and throw them into a 3D brawler. Throw seems a good description; theres no warning at all that this is part of the game if you wander in blind. You suffer through a confusing cut scene, and before you know whats going on, youre being attacked by stereotypical street thugs. This is just a thing that happens, and youre left to blunder through these fights blind. Youre not told how to control the protagonist, not given any idea of what to do other than mash the buttons optimistically and hope you piece together some semblance of control before you get your face caved in. Good luck with that. 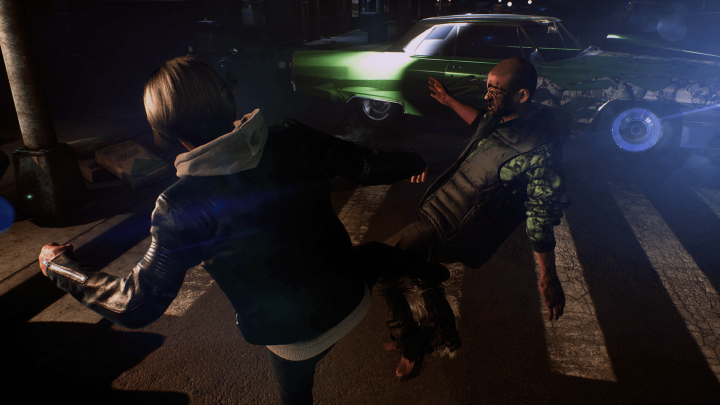 Heres an interesting little tale from my playthough; it wasnt until right near the end that I found out that theres a focus mode of sorts that is tracked by a barely visible lens flare that creeps up the right hand side of the screen. Once it reaches the top corner, you can unleash a massive, often screen-clearing combo, which certainly would have been helpful throughout my painful journey. It would have perhaps meant sidestepping any of the rage-triggering oddities I had to slog through. Heres a good one: mash buttons enough and youll eventually stumble across a good old-fashioned grab command, wherein you help yourself to a handful of thug. Except it never works out great.

Even if the hooligan in hand is the only one of his posse still conscious, trying to strike him often hilariously has the protagonist punching or kicking behind him, as if an unseen assailant has been sneaking up on him. But sometimes not, and youre free to rain down unceasing blows to the body or face of your target. Why unceasing? Because, sometimes, an enemy becomes unbeatable while held in a clutch, meaning you can pummel them for hours on end, but they wont show any signs of surrender until you let go of them. Aside from that one time the game wouldn't let me release the guy, and I have to close down the window. Theres no manual saving, either, so youre at the mercy of an autosave, and my autosave was not merciful. Back through an unskippable twenty minute cutscene that made no more sense on the second viewing for me. But thats okay - I have Shadowrun Returns on my smartphone, and Ive been looking for an excuse to replay that game.

Most of the fights are against the same three gang members, given slightly different clothes occasionally to try and make you believe it is not, in fact, that same three models used over and over. And then, boss fights become a thing. To begin with, this is a welcome change of pace, even if you have no way of knowing why you want to stove this one guys face in, at least its a different face. Then, for no reason I can explain, suddenly youre fighting a guy in a black robe with a bird skull mask on. Is there now a supernatural twice to the game? No idea! But, heres a thing; he fights you with a stun baton. Not just a normal stun baton though -- a special tactical stun baton. It has a flashlight attached to it. Sometimes, he uses the flashlight to stun you because he waves it around for a bit and the protagonist reacts like hes just been forced to rub his face in the sun. Damage him enough and the fight ends on a cutscene where the protagonist, after being shocked several times, decides its an excellent idea to block a baton thrust by catching the electrified tip of it with his bare hands. 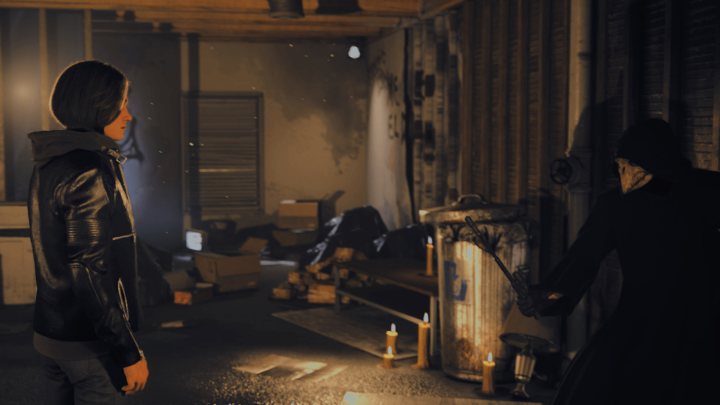 Then stuff happens and you dont know what, then you stumble through some fights and, after about four hours of this exhausting pointless dance, the game is over and nothing of note is learnt. Theres no serviceable revelation that makes sense of everything, nothing that ties up any of the threads in any meaningful way. But at least its short and at least its over. Time to give faint plaudits for The Quiet Mans clumsy attempts at personifying a disability and put it all behind you. The credit rolls. A new game plus mode is presented. You can replay the game, but now with full audio.

You probably wont play this game once, let alone twice. But I did. God help me, I did. Staggeringly, in trying the explain itself, The Quiet Man actually raises more questions than it supplies answers. Flashbacks to childhood traumas that felt pretty self explanatory when played without explanation suddenly gain weird layers of fatty exposition. The protagonist -- he has a name now: its Dane -- doesnt even stick to his disability, answering people who speak to him with their back turned at points, giving him zero chance to employ lip reading or contextual clues. Are there supernatural elements at play? Yes! And then no. And then yes again! And then probably? Just as you think that The Quiet Man cant find any new ways to disappoint you, you can be sure it has something particularly broken hidden up its sleeve. 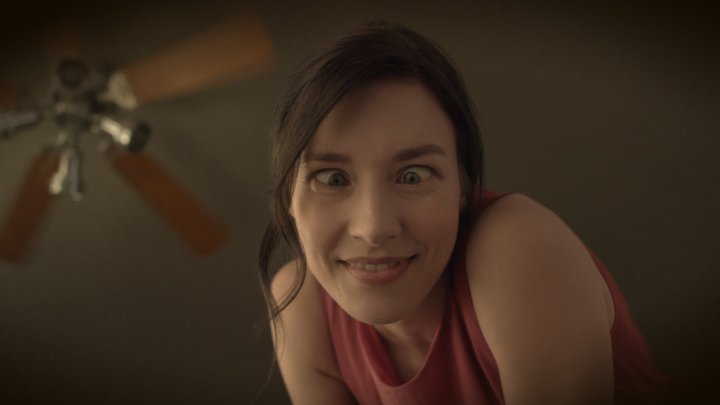 If you enjoyed this The Quiet Man review, you're encouraged to discuss it with the author and with other members of the site's community. If you don't already have an HonestGamers account, you can sign up for one in a snap. Thank you for reading!

© 1998-2021 HonestGamers
None of the material contained within this site may be reproduced in any conceivable fashion without permission from the author(s) of said material. This site is not sponsored or endorsed by Nintendo, Sega, Sony, Microsoft, or any other such party. The Quiet Man is a registered trademark of its copyright holder. This site makes no claim to The Quiet Man, its characters, screenshots, artwork, music, or any intellectual property contained within. Opinions expressed on this site do not necessarily represent the opinion of site staff or sponsors. Staff and freelance reviews are typically written based on time spent with a retail review copy or review key for the game that is provided by its publisher.