You've suddenly woke from your slumber, eye the clock, and note that it's nearly two in the morning. Nothing wrong there; people wake up randomly all the time. However, after grabbing a key out of a vase and unlocking a nearby cabinet, your bedroom surroundings inexplicably crackle into oblivion. This once peaceful, clean environment has been traded for a ruined version of the room, one where a giant section of the wall is gone, wood and glass litter the ground, and when you return to the bed... a skeleton resides beneath the ragged covers. Thus marks the beginning of Deep Sleep, the first title in the Deep Sleep Trilogy, a series of very short first-person point & click adventure titles where you're stuck within pixelated lucid dreams.

Though, lucid nightmares seem to be a more appropriate term. Upon exiting the bedroom, you find yourself in a dimly-lit hallway with multiple exits, each one making less sense than the other on an architectural level; one leads to a wall and another guides you down a borderline M.C. Escher stairway that brings you to a small room with a phone. As you move from area to area, you quickly realize the tense and often claustrophobic atmosphere, constantly stuck in tight settings clogged with dark corners. In one instance, being forced to look around a barely visible basement is uncomfortable enough, but then you have to walk into a ghastly dark room where a shadowy figure just wandered off into... Contributing to the already unsettling mood is the film grain filter, abstract ambient noises, and a foreboding minimalist soundtrack that comes and goes. 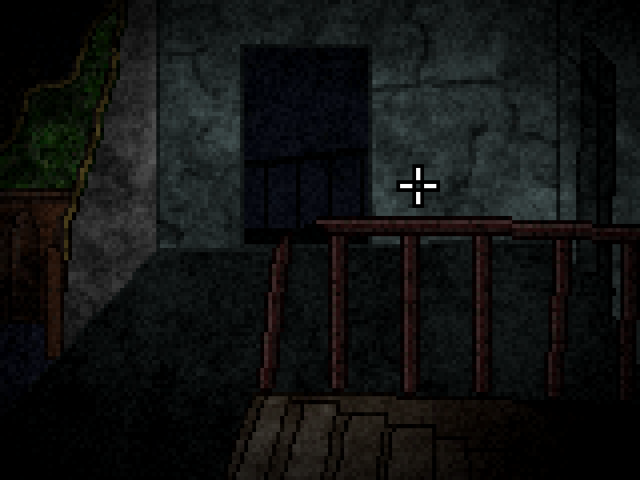 Now, without giving much away, there are jumpscares in this game. However, it's everything that happens between those moments that ultimately unnerves you; Deep Sleep is at its best when playing on your fear of the unknown. More times than not, it's the implications of danger that makes you apprehensive, whether it be a creepy voice on a phone repeatedly whispering "wake up," moving a flashlight around pitch dark rooms, or the game outright saying you're being watched. Sometimes nothing happens, sometimes nothing happens for stretches, and that just makes the moments that do happen all the more stressful. More so when you repaired or turned off something with a found item, then backtrack through familiar places where certain objects have now been tampered with.

The second game, Deeper Sleep, takes this core fear and fiddles with it in some ways. The returning, nameless protagonist once again falls into a lucid dream, a journey that starts in a city library and eventually morphs into a completely unrelated environment by the end. Interestingly, several rooms from the original make a reappearance, and while you can chalk this up to laziness, this surprisingly works in the game's favor. Thanks to the ominous nightmare setting, the deja vu feeling fits right in; when you enter a familiar room for the first time, you're on edge because you know what happened in the original and you know something different is gonna happen this time, thus playing with your mind. Will a figure come out this time and chase? Will it happen shortly before or after? Or at all? The game is clever in that regard. 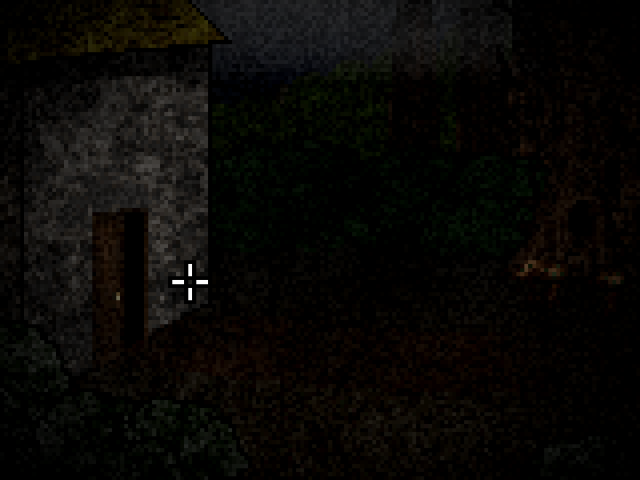 You think this style would be repeated for the third and final outing, but that's not the case. The Deepest Sleep retains the point & click aspect and item hunt progression, but the haunting-style fear has been diminished. The vibe is... kinda-sorta there, but this is severely overshadowed by less creepy settings and segments where you have to use "stealth" against a giant worm that looks like it was taken from a monster movie. Basically, you'll encounter this disgusting creature during certain segments, and in order to escape, you must slowly move your cursor to an exit and do so while preventing the noise meter from filling up. It's neither scary or difficult, and a total deviation from its predecessors.

As for "plot," the Deepest Sleep just falls flat on its face; it does this thing that a lot of horror stories seem to do, especially horror movie sequels, in that it goes out of its way to explain away the mystique of the first two games. In doing so, the dreadful, mysterious atmosphere loses its luster in part three, suddenly reveals a poorly-implemented plot twist, and abruptly ends afterwards. What also doesn't help is how most of its settings are drastically different in style. The other two titles take place in modern everyday, real-life locations, except everything is dim, unsettling, and with uncertainty lurking in the darkness. The Deepest Sleep, on the other hand, looks like a Shadowgate-wannabe with its weird castle/dungeon backdrops featuring pillars and demonic statues. The contrast is so jarring, that the game almost comes off like a spiritual sequel instead of a direct one. 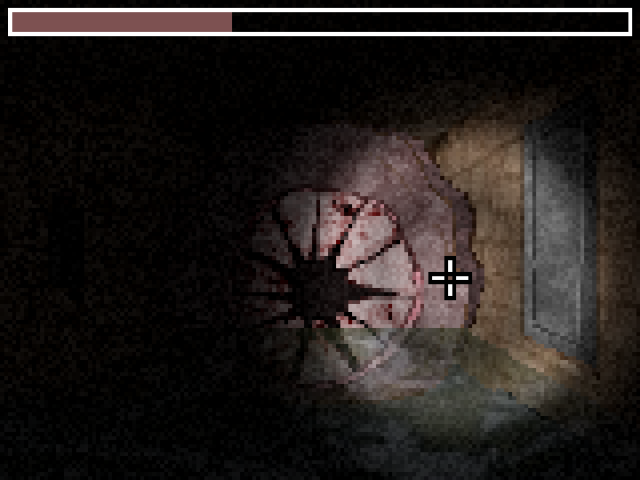 Basic but effective best describes the first two arcs of this trilogy, showing you can go a very long way with what little there is to use. That's why the third arc is more like a stain on the whole collection: it took risks, veered away from what made the original intriguing in execution, and the monster mechanic felt tacked on. Stings that it happens to be the finale, making the whole thing even harder to recommend as a must, especially considering the trilogy's brief length and "one-and-done" spooky point & click experience. If you like to get simple chills about the unknown and things that lurk in the night, Deep Sleep Trilogy will provide that for two of its titles... when you see it on sale.

If you enjoyed this Deep Sleep Trilogy review, you're encouraged to discuss it with the author and with other members of the site's community. If you don't already have an HonestGamers account, you can sign up for one in a snap. Thank you for reading!

© 1998-2021 HonestGamers
None of the material contained within this site may be reproduced in any conceivable fashion without permission from the author(s) of said material. This site is not sponsored or endorsed by Nintendo, Sega, Sony, Microsoft, or any other such party. Deep Sleep Trilogy is a registered trademark of its copyright holder. This site makes no claim to Deep Sleep Trilogy, its characters, screenshots, artwork, music, or any intellectual property contained within. Opinions expressed on this site do not necessarily represent the opinion of site staff or sponsors. Staff and freelance reviews are typically written based on time spent with a retail review copy or review key for the game that is provided by its publisher.