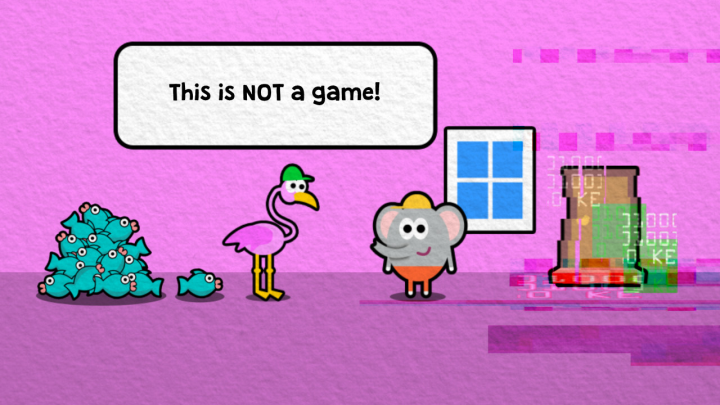 Tuskers Number Adventure is a bright and colourful childrens educational game until it isnt. It all starts innocently enough, asking you to complete some basic maths problems, then collecting some fruit in order for Grandma Wolf to bake a delicious pie youre tasked with delivering to neighbouring chums. Everythings all simplistic and vibrant and a small child should be happy enough to sit through it, so long as we all pretend kids have ever shown any interest in educational software. But that all falls apart pretty quickly; the game starts to show some weird glitches and things stop working as well as they should. Some of the once innocent content starts to become more questionable. Some of the things youll need to do should probably be kept well away from a younger audience.

Meta pseudo-horror has stealthily become my favourite obscure sub-sub genre. Games like The Stanley Parable or Pony Island that present you with an innocent enough looking experience, but then slowly subvert it into something more sinister are starting to become a little more common. Though taking such a direction is a hell of a risk and certainly has all the potential in the world to fall flat on its face, its a massive draw to the wonderful world of indie gaming. Nowhere else could you take the huge creative risks hedged by small development teams who dont need to answer to demanding developers, contrary focus groups or even each other; theyre limited only by their own imagination and whatever reserves of sanity they have left after theyve started to make some sense of Python. 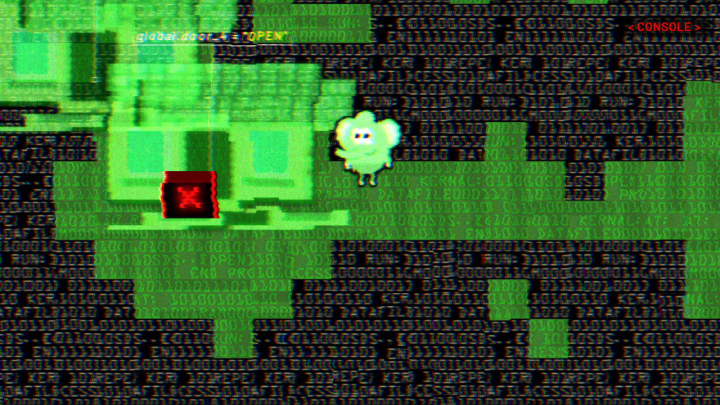 Whats that all have to do with Tuskers Number Adventure? Both everything and nothing. Its a game within a game, decaying its outer shell to hide a more sinister secret within, but the main reason Im talking around the edges of the concept rather than at the game is that it wastes little time shedding its kiddy friendly skin and throwing you into its stuttering electronic guts where you need to marry up malfunctioning file paths and align flicking sub-folders. Herein lies the issue for us reviewers; I can either talk around the edges of what happens next, or discuss it directly, ruining the entire point for prospective players. I mean, the latter is probably healthier for my ailing word count, but I should probably continue to avoid that kind of thing.

That doesnt give me a lot of things that I can talk about, then. You can run through Tusker pretty comfortably in about an hour, learn the dark secret within, then play through it again a couple more times in a kind of New Game + setting to either learn more, or try your best to make the entire thing collapse in upon itself. It doesnt have the sheer spectacle of Stanley Parable and it doesnt mess with you on the same level as Pony Island, but its a fun exercise in screwing around with your expectations. So long as you can get past the basic maths part at the start. I know a few of you who could struggle.

If you enjoyed this Tusker's Number Adventure review, you're encouraged to discuss it with the author and with other members of the site's community. If you don't already have an HonestGamers account, you can sign up for one in a snap. Thank you for reading!

© 1998-2022 HonestGamers
None of the material contained within this site may be reproduced in any conceivable fashion without permission from the author(s) of said material. This site is not sponsored or endorsed by Nintendo, Sega, Sony, Microsoft, or any other such party. Tusker's Number Adventure is a registered trademark of its copyright holder. This site makes no claim to Tusker's Number Adventure, its characters, screenshots, artwork, music, or any intellectual property contained within. Opinions expressed on this site do not necessarily represent the opinion of site staff or sponsors. Staff and freelance reviews are typically written based on time spent with a retail review copy or review key for the game that is provided by its publisher.