Eternal Castle isnt so much homage to a gaming era long since passed as it is a straight up replica of it. So long as youre looking at static screenshots, it looks like a game ripped right from the libraries of an early Amiga or Spectrum. It even knowingly replicates the clunky nature of their controls; that awkward lag between a command being issued and actioned. Knowing you have to jump before the edge of the ledge so that the leap animation has time to kick in right, but failing to do so anyway and charging straight into a pitfall.

This is mostly down to that big [REMASTERED] tag sitting awkwardly at the end of the games title. Whether it really is a remake of an obscure 1987 PC game no one can actually remember, or if its simply a clever marketing ploy (probably the later), a hell of a lot of effort has been put in to making Castle look age authentic. It boots up with a bunch of MSDOS prompts; things like text are so low rendered theyre more or less impossible to read; the limited colour pallet is made up from the washed out blues and hot static pinks of the CGA era. You could easily believe this is something ripped right from the cassette deck of the Spectrum +2 or founding Sierra titles. Right up until you see it in action. 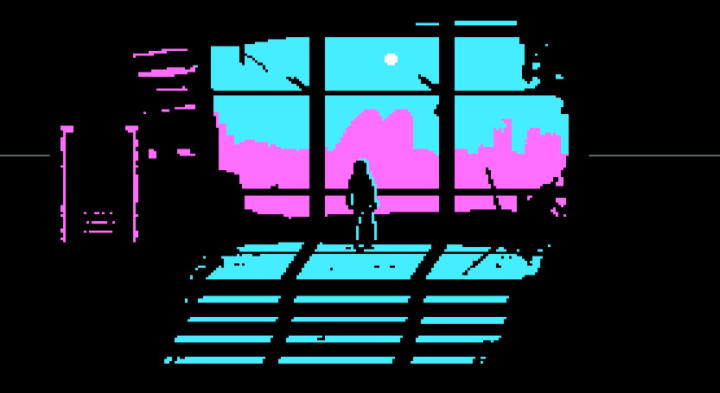 Thats because Eternal Castle is ridiculously well animated. Using the limited colour scheme to present a shadowy and blurry world does nothing to hide the fluidity behind every movement. Careless players can sprint through their surroundings, tripping or leaping over obstacles until their lungs burst and they need to stand, bent over with hands on knees, gasping in big gulps of air. Things rarely look more defined than a vaguely humanoid silhouette, but the way they enter fights, or drop down ledges, or slink around quietly is often scene stealing.

Heres a thing that happens: once you bypass the initial stage that exists to ease you into the game (but will still probably kill you less than a minute after you boot it up) youre presented with the three main stages you need to conquer to gain access to the end of game stage. Theres no set objective path here; you can choose to tackle them in any order you please. In keeping with this, you can also quit on them whenever you like and return to the mission select hub, which just happens to be the space-age glider youre hunting parts for. Except the stage doesnt just fade to black then fade back in with you at your new destination; you have to choose to be teleported back. Re-materialising doesnt look like a lot of fun; once all your molecules are slapped back together, you collapse in a wheezing pile of agony, writhing around in your own vomit for a few moments before youre finally whole again.

Is that normal? Who knows! Eternal Castles delve back into yesteryear borrows most heavily from Another World and, in keeping with that landmark titles tone, it drops you into an alien environment with very little explanation. The main difference between the two is that Lester Chaykins visit was a mad rush towards freedom in the face of the unexplainable and the bizarre. Castle gives you the choice between two protagonists (Adam or Eve, who only bear the obvious cosmetic differences) who have a vague task in mind. You have to save her. 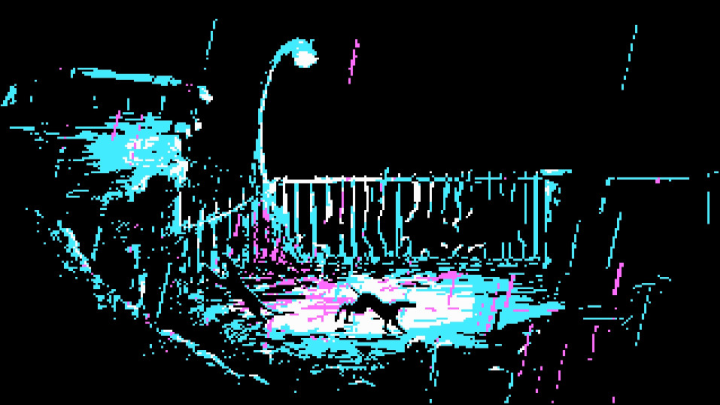 Who her is remains maddeningly elusive, and how you go about rescuing her is left for you to figure out on the fly. The three stages you need to complete all house new parts for your glider which, when fully assembled, gives you the means to reach the last stage. But getting them is no easy task, even with the appreciable modern inclusion of checkpoints that Another World had to wait until its 25th Anniversary edition to obtain. This means failure often only means a handful of minutes of lost progress rather than the exasperating grind of trying (and failing) to constantly achieve a perfect run against trial and error traps.

Its good, because death, violent and varied, is going to be a constant companion. The stages themselves contain laudably different challenges, so its not just a case of lining up a string of similar fatalities. The town is in the midst of a rebel uprising, dropping you into the centre of a bloody civil war; the ruins are populated by punks and neer-do-wells who are more likely to bludgeon you with a hammer than pelt you from a vantage point with an assault rifle. The church disregards such mundane matters and makes a play at horror instead, full of angry monstrosities looking to tear you to shreds with what passes as their hands. Theres not lore dump on how they came to be, no slow drip explanation of the forces destroying each other on a battlefield. Eternal Castle doesnt invent a world designed to revolve around the player; it doesnt need you to understand it. It just needs you to survive it.

If you enjoyed this The Eternal Castle [REMASTERED] review, you're encouraged to discuss it with the author and with other members of the site's community. If you don't already have an HonestGamers account, you can sign up for one in a snap. Thank you for reading!

© 1998 - 2022 HonestGamers
None of the material contained within this site may be reproduced in any conceivable fashion without permission from the author(s) of said material. This site is not sponsored or endorsed by Nintendo, Sega, Sony, Microsoft, or any other such party. The Eternal Castle [REMASTERED] is a registered trademark of its copyright holder. This site makes no claim to The Eternal Castle [REMASTERED], its characters, screenshots, artwork, music, or any intellectual property contained within. Opinions expressed on this site do not necessarily represent the opinion of site staff or sponsors. Staff and freelance reviews are typically written based on time spent with a retail review copy or review key for the game that is provided by its publisher.