Hey, it's me, one of those weirdos who didn't quit playing Destiny 2 a month after it released. Like pretty much every Destiny fan, my relationship with the game has been hot and cold. The people at Bungie are constantly trying to fix Destiny, and sometimes it seems like they ruin something for everything they improve. Forsaken is their attempt to make Destiny 2 the game it always should have been.

You've probably heard by now, whether you care about Destiny or not, that Forsaken begins with the death of fan favourite robot man Cayde-6 (usually played by Nathan Fillion, but disappointingly voiced by Nolan North in this final appearance of the character). If you were expecting some crazy twist to save Cayde, that he'd be rebooted as Cayde-7, that the whole thing was a trick with camera angles, that the Cayde we see die is secretly Nathan Drake in a robot suit, sorry. He's dead. And it's Uldren Sov who pulled the trigger.

Destiny fans will remember Uldren Sov from the vanilla campaign of the first Destiny game, and his death (along with his infinitely cooler sister) in that game's first major DLC, The Taken King. Forsaken feels like a sequel to that DLC, containing references to the Dreadnaught, the Prison of the Elders, and various other things that were introduced in The Taken King. 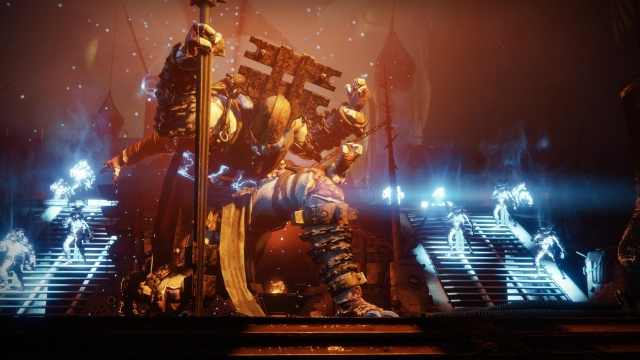 The new story campaign in Forsaken is thoroughly enjoyable, full of fun new boss fights, taking place almost entirely in the new patrol zone, the Tangled Shore. If you ever wanted to truly explore the Reef, the home of the Awoken, now you can, and it doesn't disappoint. A purple-tinted asteroid field linked together into one large mass, it looks like the cover of an old science fiction novel. It's a sizable area, broken into four distinct regions, each of which features a different race of enemy, including the new Scorn.

The Scorn are the first new race of enemies added to Destiny since the Taken were introduced with The Taken King. Even the base Destiny 2 game didn't really have any new enemies. The Scorn are technically Fallen, but if they'd been introduced as a whole new alien race, I'd have believed it. They're undead Fallen, powered by corrupted ether.

Chieftans are similar to Fallen Captains, except they can place elemental totems that have various effects, such as shielding their allies or pulling in their enemies. Ravagers are melee enemies that swing flaming cauldrons, which can be shot when you want to make them explode. Screebs are like more formidable Cursed Thralls, being more durable and harder to hit as they scurry along the ground. Some Scorn are twists on established enemy types (and not just Fallen), while others are wholly original.

One of the major additions with Forsaken is the new PvEvP mode, Gambit. It pits two teams of four against each other in a race to collect Dark Motes and deposit them in a bank to summon a boss. The first team to kill their boss wins. Teams are separated from each other, but occasionally a player can invade the other team's area and interfere with them. If a player is killed while holding motes, they motes are lost. If a player is killed while their boss is alive, the boss will be healed. It's a fun idea, and it mostly works, except not once have I ever completed a match without at least one person quitting, and they don't always get replaced. The first time I tried Gambit mode, I was the only member of my team that hadn't quit by the time the second round started. Hopefully Gambit mode will be retooled to make people more likely to stay to the end, even if they're losing. 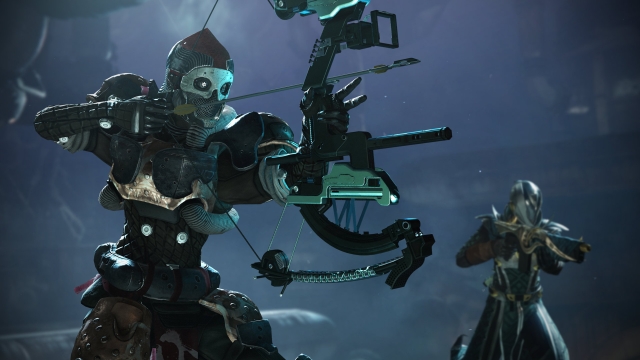 After clearing the campaign, which takes a few hours if you just power through it, you'll get a line of side quests to unlock another patrol zone, the Dreaming City. You'll have to jump through a few hoops to gain access to the Dreaming City, but it's fairly easy to do. The City itself is the most interesting area yet. It's full of secrets, new events, and a new horde mode. Most activities are designed for a power level between 520 and 540, so you might have trouble accomplishing much when you first arrive there. It's designed as an endgame play space.

While Forsaken doesn't bring any new subclasses, it does add new abilities to existing subclasses, including new supers. One super allows Hunters to throw a barrage of knives, and another lets Warlocks put down a huge, powerful healing rift. My favourite is the new Titan arc super, which turns you into a human projectile that can fly across the battlefield to smash into an enemy and leave behind a giant shockwave.

The new weapon type, the bow, is more effective than you might expect in a game full of futuristic guns. They require a moment to draw the string, but arrows are powerful and accurate once fired. If you've used a bow in a modern video game, you probably know what to expect from Destiny bows. The first bow you get, with exploding arrows, can take out a Legionary with one fully-drawn shot, no matter where you hit it. Bows do high damage at the cost of fire rate. 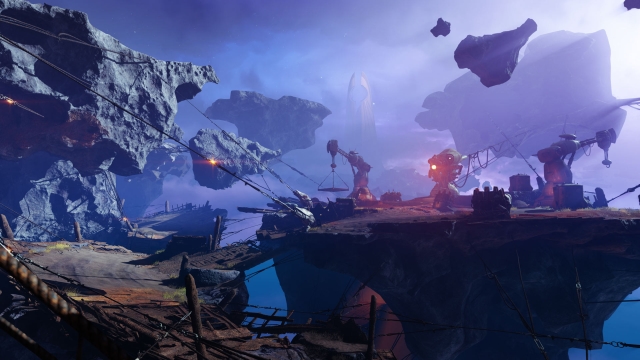 There are four new strikes, though only three are available at the time of writing. The new raid is also unavailable until the 14th of September, but I've never been much of a raider so you probably don't need to hear what I think about that anyway. The PlayStation-exclusive Broodhold strike is the least interesting of the three. The Hollowed Lair rehashes a story mission a little bit, but to a less egregious extent than some of the previous DLC strikes. The standout strike is Warden of Nothing, which will be a treat for fans of The Taken King's Challenge of the Elders mode.

A lot of the interesting changes in Forsaken have been applied to Destiny 2 for everyone, whether they own the DLC or not. Tokens no longer drop from most activities, and have more or less been phased out in favour of materials like Dusklight shards or Datalattice. These materials are required to upgrade gear, as are masterwork cores, which is something I'm not pleased with. Masterwork cores aren't that much easier to come across now than they were previously, and now you need to use a lot more of them, even to just masterwork a weapon. Now almost everyone sells bounties, which give materials and glimmer for completing objectives like getting elemental kills in a patrol zone. Bounties from Hawthorne are the only way to get Clan XP. Many power weapons can now be equipped in the Kinetic or Energy weapon slots, and take Special ammo, which is now only used for former-power weapons. Energy weapons that weren't power weapons previously now take kinetic ammo. 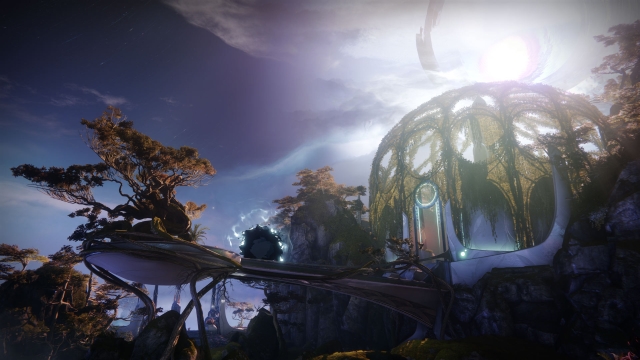 The most major change is how power is gained past the soft cap (which is 500 with the DLC while the hard cap is 600). You'll still get powerful engrams for doing things like completing 5 Crucible matches in a week or hitting the maximum Clan XP contribution. These activities will only give you one piece of gear, however, instead of two. Now there will be one new small objective offered as a means to earn a powerful gear engram every day. This can be to complete an adventure, or a single match of Gambit, or something else that only takes 10 or 15 minutes. These objectives don't expire with the daily reset, so you don't have to play every single day to keep up with other players.

Forsaken feels like Bungie's attempt to save Destiny 2, and while many of the improvements they've made for Season 4 don't require you to own the DLC, Forsaken is a must-buy for anyone planning to stick with the game. The new patrol zones are some of the best the series has had, the story campaign is a blast, and the new weapons, enemies, and supers add some much needed fresh air to the game (the bow has even convinced me to stop using auto rifles and take off my Actium War Rig exotic for the first time since Season 1). If you were disappointed with Destiny 2 at launch, now's the perfect time to give it another shot.

If you enjoyed this Destiny 2: Forsaken review, you're encouraged to discuss it with the author and with other members of the site's community. If you don't already have an HonestGamers account, you can sign up for one in a snap. Thank you for reading!

© 1998-2021 HonestGamers
None of the material contained within this site may be reproduced in any conceivable fashion without permission from the author(s) of said material. This site is not sponsored or endorsed by Nintendo, Sega, Sony, Microsoft, or any other such party. Destiny 2: Forsaken is a registered trademark of its copyright holder. This site makes no claim to Destiny 2: Forsaken, its characters, screenshots, artwork, music, or any intellectual property contained within. Opinions expressed on this site do not necessarily represent the opinion of site staff or sponsors. Staff and freelance reviews are typically written based on time spent with a retail review copy or review key for the game that is provided by its publisher.