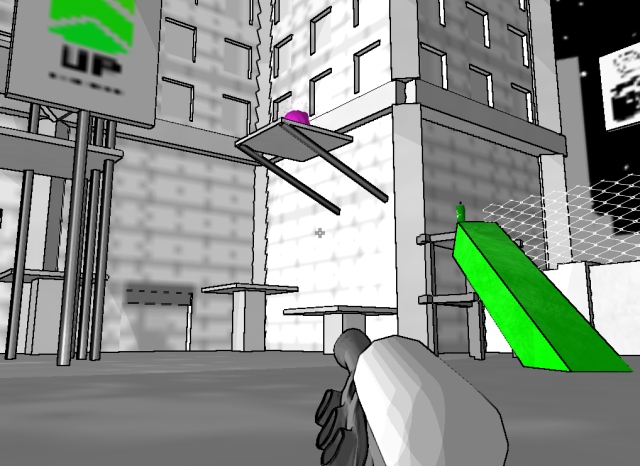 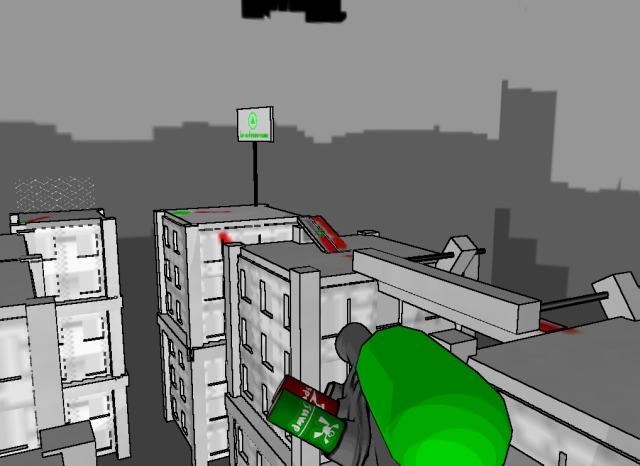 If you know where to look, the freeware scene will give you all sorts of great games. Metroidvanias, RPGs, shmups, puzzlers; you name it, it's out there somewhere. One reliable source of good games is the DigiPen Institute of Technology, whose students have been known to make programs impressive enough to catch the attention of developers as large as Valve Software during their expos. One of these works is Tag: The Power of Paint, which would go on to inspire elements in modern classic Portal 2 while providing a fun experience on its own.

The game has no narrative; all you gotta do is get to a goal, utilizing different types of paint to do so. Your paint gun has four functions; water to erase paint, green paint to jump on, red paint to accelerate movement, and blue paint to stick to walls like Spider-Man does. These functions synergize ingeniously; after erasing what's already on the environment, use red paint to pick up speed, green paint at the edge to get your jump, and blue paint at your destination to stay there. If this sounds familiar, that's because the formula and implementation were so polished even back in 2008 that much of it remained intact for its implementation in Portal 2, albeit the means of delivery were different in that game, and the blue paint was cut during development due to the somewhat nauseating point-of-view it required. Despite letting you have more control over your environment than its successor did, Tag's levels are so well-paced that one must still utilize critical thinking in order to proceed, yet especially clever manuevers can make for great speedruns for a game that can already be completed fairly quickly. 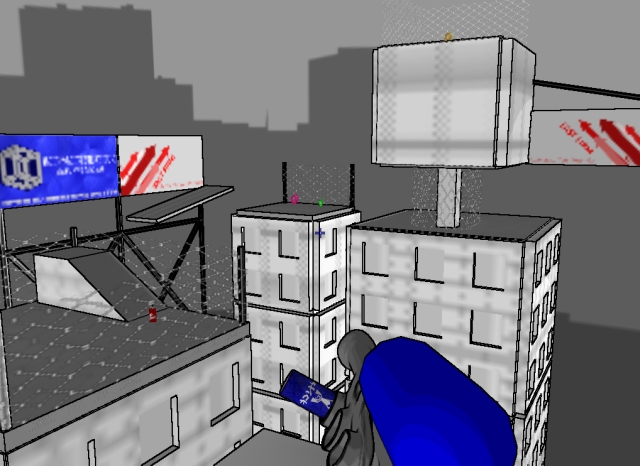 The most significant problem with Tag is the short running time, as the game can easily be completed in less than an hour. With the Portal 2 modding scene on PC, the problem of the mechanics not getting the time of day has been solved, while time has been less kind to the graphics. Both the brevity and low graphical fidelity of Tag were unavoidable due to the nature of the game being a school project, but it's still unfortunate that the setting is a cardboard city of blurry greys, even if it helps the colorful paints stand out more. Most troublesome is a problem seen more in bad console FPSes: a horse-blinder field-of-vision that can make precise movement difficult. Nevertheless, these flaws are minor in comparison to the fun this freeware offers.

Tag: The Power of Paint is a brief, fun puzzler that about any PC can run and about anyone can enjoy. Its concepts were strong enough to be immortalized in Portal 2 and even another follow-up in Aperture Tag, which is excellent in its own right. Despite its age, Tag is still well-worth the little time it will take you to briskly progress through its interesting challenges. Give it a try!

If you enjoyed this Tag: The Power of Paint review, you're encouraged to discuss it with the author and with other members of the site's community. If you don't already have an HonestGamers account, you can sign up for one in a snap. Thank you for reading!

© 1998-2021 HonestGamers
None of the material contained within this site may be reproduced in any conceivable fashion without permission from the author(s) of said material. This site is not sponsored or endorsed by Nintendo, Sega, Sony, Microsoft, or any other such party. Tag: The Power of Paint is a registered trademark of its copyright holder. This site makes no claim to Tag: The Power of Paint, its characters, screenshots, artwork, music, or any intellectual property contained within. Opinions expressed on this site do not necessarily represent the opinion of site staff or sponsors. Staff and freelance reviews are typically written based on time spent with a retail review copy or review key for the game that is provided by its publisher.