I dont envy Square-Enix. Things must have been simpler when they were just Squaresoft. Relatively speaking, of course. Yes it makes a whole lot of sense to make bank on a tried and true classic, but were they able to retain the spirit of the original? Lets have a look, shall we?

News of FFVI as a mobile port was met with uneasiness by the fans. Even though its not called a remaster, thats what we got. Scaled up enemies, prettier backgrounds and world art... and then those sprites. Oh dear. None of the fans expected that, and the port has received mixed reviews for that, and several other very valid reasons.

In 1995, Final Fantasy III won over the fans by bringing new mechanics, visuals and overall depth of gameplay no one had seen before on a console. Squaresoft set the benchmark and standard for future RPGs, and there was no looking back. Well, maybe a little looking back. Good gravy, did they really put us through an opera? Yes they did, and perhaps its a little melodramatic, it was a curious experiment and generally well received. 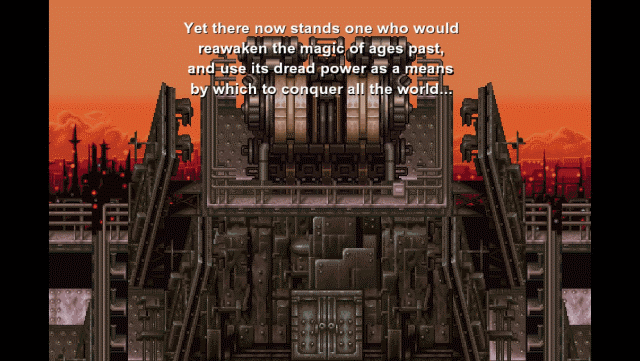 Squaresoft threw everything in this bag, as if they were trying to see what would float. An airship? Try a flying casino! Then a racer. A chocobo? Ill raise you a dancing moogle! A white mage? How about a fighting monk with street fighter combos who can cast Meteor? A wise-cracking painter girl? A tool wielding King who is the friendlier side of death? How about a harlequin who controls the source of all magic? Other RPGs may have been doing some of this stuff, but I didnt notice, and no one else I knew did either.

FFIII (the original North American release) introduced fourteen characters, multiple party mechanics, an incurable list of subplots, more visual effects than thought possible, and over 80 hours of adventuring to do. Also, Kefka. That laugh! While the localization was touch and go at times, the incredible visuals are a testament to the technical wizardry of Squaresoft. It is still the definitive version, in my not so humble opinion, and many fans agree. 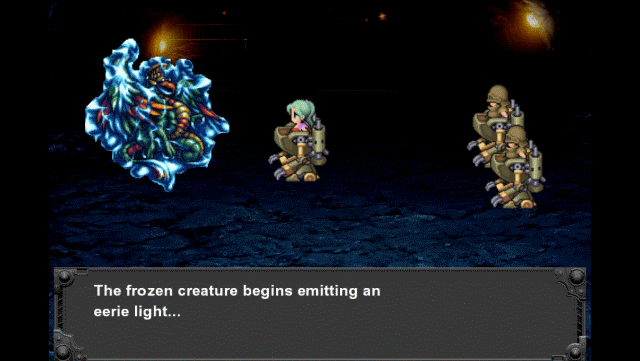 There have been some changes Ill stuff in the um, what bin for your perusal. These are changes applied to all editions of this port, including the GameBoy Advance. For one: Sexual references. Didnt know FFIII had them? In 1995 the localization team did Nintendo a solid and changed them. For instance, everybodys favourite octopus apparently cant avoid making an ecchi reference at Terra in combat encounters. So, thats okay, but a guard beating Celes unconscious isnt? Um, what?

Technical hurdles, and ... um, freedoms? ... are another peculiarity of these ports. The SNES release was a true tour-de-force, showcasing scaling, shifting and distortion tricks typically reserved to the European Demoscene. All without additional hardware. It just does things the GBA and Mobile ports cant pull off, even with modern hardware at their disposal. I get there are reasons for that, but thats beyond the purview of this retro-review.

Ill say this about each one: The GBA version is at times too slow, and the mobile too fast. Run around Mobliz some time and tell me you dont feel the lag as the GBAs hardware is strained to its limit pushing 12 channel audio in addition to large maps and loads of wandering NPCs. Meanwhile the Mobile edition seems to run ahead of you. In combat youll be wondering, why cant I attack that enemy? Its because the math has already been done and the battle is over. The rest? Hey, thats what were here to discuss, because the Steam version is the Mobile edition. 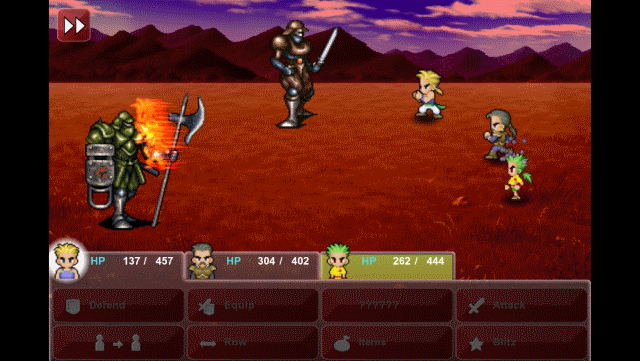 Consequently there are a number of design choices that make a whole lot of sense for Mobile, but almost none for PC. Limited screen resolutions are among them. You can play fullscreen at a host of resolutions that are presumably smartphone friendly, but 1080p is not an option. The closest youre going to get is 1360 x 768 pixels, a standard for laptops. Thats where those black bars come from: The game isnt going to do 16:9 thanks to its original 4:8 layout. Controllers are supported, but youll be configuring yours via the included launcher. Yuck.

Layouts that make it easier to play on a touchscreen are clunky and unnecessary on PC. And why did they sample the music from the PSX version, anyway? Couldnt they have used a nicer soundfont? On the subject if why, what is up with those sprites? I dont understand why they dont match the character portraits. This was the chance to get that right! Was it necessary altogether to turn the entire cast into chesty-looking children? 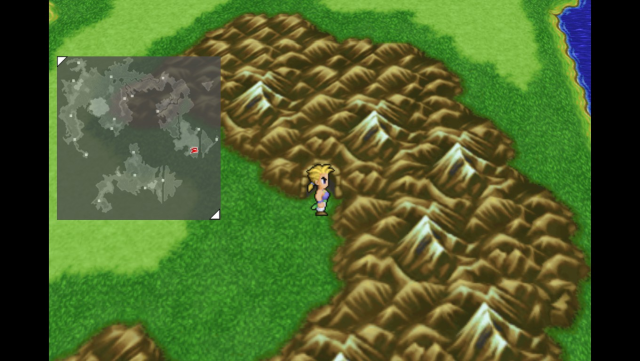 I was totally repulsed by the new sprite artwork. So much, in fact, that I didnt pick up the Steam edition until just last year, and I didnt even give it a serious look until a week ago. It still weirds me out to see high resolution characters running around with so few frames of animation. It jus ain natural! Coming back to this seminal, benchmarking title is jarring from a nostalgic perspective. That is, I dont get nostalgic, and thats missing the target wholesale.

Perhaps the first Steam achievement says it best: Customer Appreciation: Thank you for purchasing the game! Er, youre welcome? Now can I have a more consistent port? Here I am a dyed in the wool enthusiast of Moogles, Espers and Epic Steampunkery. I mean, Final Fantasy VI has it all: Magi and Machines, Hard Knocks and Hardware, Street Fighters and Psychotic Villians... yessir! Heres the thing, though. Under all the botched design lies one of the top rated RPGs in gaming history. 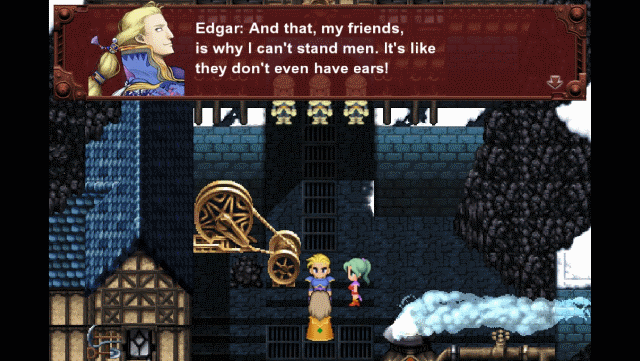 This is a story told in epic prose, although character motivations seem a little daft at times. Were not talking Shakespeare, and its true that subplots can be... thin. However, once youre swept up in this novel length adventure, youre going to want to find out how it all ends. To this day I have never seen a finer epilogue on this console or any other. Thats nostalgia talking, and thats what this game should be drawing on, except that it doesnt. See how I keep coming back to that?

This was a game so expansive that it would crash on the SNES occasionally thanks to the sheer girth of the compressed data crammed into 4MB (64Mb) of storage. But lets not forget the amazing soundtrack that is one of Nobou Uematsus more experimental works. It is here he demonstrates his comfort with dance music, sweeping orchestral themes, comical introductions, and world shaking boss encounters. Uematsu is a master in his element, here. 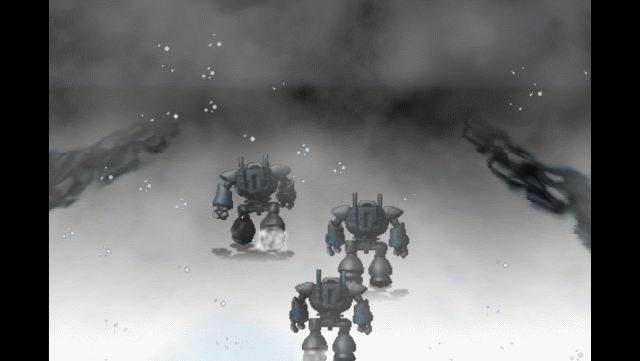 Im not a great fan of Yoshitaka Amanos style, but I do appreciate the personality he brings to the canvas with his exaggerated, flowing, painterly style. His character designs are deliciously evocative of each individuals personality, and adapting them for screen presentation has left a sour taste in some players mouths. Yet, FFVI wouldnt be the same without the elemental focus he brings to the production.

While this Mobile/PC port may be an uncomfortable amalgamation of styles, it does retain the epic storytelling that compelled us to complete it over twenty years ago. Its easy to forgive the imperfections in light of what it accomplished, and what it offers to us. This is the RPG that every Maker wants to be when it grows up. Its just too bad they cut so many corners with this oddball adaptation. Id suggest picking it up on sale, because at its core it is a top-tier RPG.

If you enjoyed this Final Fantasy VI (Old Ver.) review, you're encouraged to discuss it with the author and with other members of the site's community. If you don't already have an HonestGamers account, you can sign up for one in a snap. Thank you for reading!

© 1998-2022 HonestGamers
None of the material contained within this site may be reproduced in any conceivable fashion without permission from the author(s) of said material. This site is not sponsored or endorsed by Nintendo, Sega, Sony, Microsoft, or any other such party. Final Fantasy VI (Old Ver.) is a registered trademark of its copyright holder. This site makes no claim to Final Fantasy VI (Old Ver.), its characters, screenshots, artwork, music, or any intellectual property contained within. Opinions expressed on this site do not necessarily represent the opinion of site staff or sponsors. Staff and freelance reviews are typically written based on time spent with a retail review copy or review key for the game that is provided by its publisher.