After getting ports of the first two Zero Escape games earlier this year, it's only natural that the PS4 would also receive a port of the final game in the series. Zero Time Dilemma falls just short of the excellent 999 and Virtue's Last Reward, but those set a high bar.

Like the other games in the series, Zero Time Dilemma follows a group of nine people who have been trapped by a mysterious antagonist named Zero. The only escape is through a giant door marked with an X, which will only open after six of the nine hostages have died while playing the Decision Game. Players must solve puzzles to escape from rooms (much like the real-life escape rooms that have become popular in recent years) and make decisions about whether to screw the other players over and thus achieve freedom. 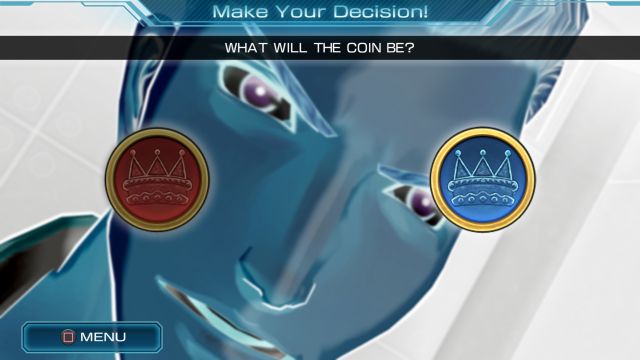 The Escape sections are as clever as they've ever been. They work as point-and-click puzzle rooms where seemingly normal objects can interact with each other in creative ways. You'll have to decipher cryptic notes, figure out the relationships between various objects, and find keys that lead to more keys that lead to more puzzles that hopefully lead to freedom.

Don't even think about playing this game without having played the first two ahead of it. That's easy enough these days. Any platform with Zero Time Dilemma also has some version of 999 and Virtue's Last Reward, either as standalone games or as part of the Nonary Games collection.

Once you're ready to move on to the grand finale of trilogy, you'll notice a few changes. The most obvious change right from the start is the fact the game isn't really a visual novel this time. The story is mostly told through cutscenes with fully 3D models and dynamic camera angles. This sounds great on paper, but the characters themselves are poorly animated. Aside from a few rare and specific instances, each shot shows the characters in a specific pose with minor movements while they speak. Characters rarely transition from one stance to another. That happens between shots. Everyone sort of gives of an animatronic vibe, like they're only designed to do very specific and limited things. When characters do bother to move their bodies, they look unnatural. You really have to get past the poor animation to take the story seriously. 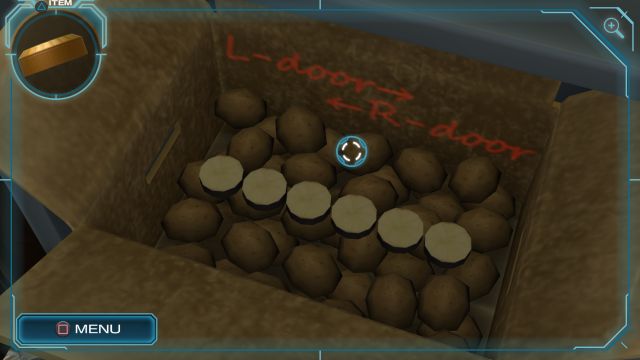 Character models look nice if you accept the fact that this is essentially an up-port of a Vita game. Characters are cel-shaded and detailed. Facial animation isn't perfect but the models do a good job of expressing personality and mood on their own. Many in-game objects look fairly low-fidelity, but it comes off as more of an art style than a technical limitation. The game won't be winning any beauty contests, but the visual style gets the job done.

Zero Time Dilemma delivers a better aural experience than a visual one. The electronica soundtrack helps build the game's oppressive and creepy atmosphere. The voice actors do a fine job, too. Characters are well cast, with a particularly standout performance for Q, a brilliant young boy wearing a giant orb around his head. The Japanese voice track is also available. 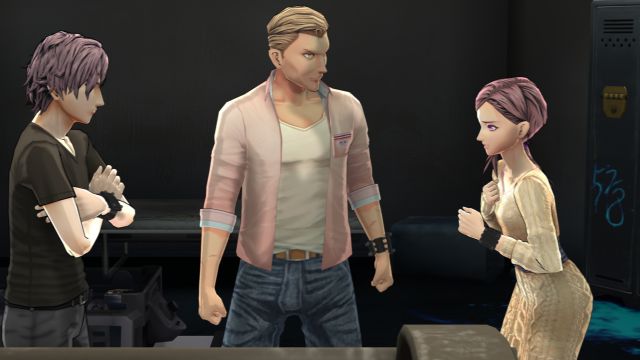 The other most obvious change, which players will notice after they start playing, is that the story is now mostly non-linear. The first few scenes are at the beginning of the story, but after that, players choose one of three teams of characters, and from there, choose a story fragment. Fragments contain cutscenes and often escape-the-room puzzle sections and story decisions. Once a fragment is cleared, it's added to a global flowchart showing the sequence of events and various paths the story can take, depending on choices made. For example, the very first decision in the game is to call a coin toss. If you're correct, the villain will release everyone and the credits will roll. If not, the game continues. At any point, the player can use the fragment select screen or the flowchart to jump back to a decision point to make the other choice. You'll never be locked out of a path, so there's no need to stress out about what decision you make.

The non-linear flow of the game means the designers don't know the order in which you'll attempt the puzzle rooms, so the difficulty curve is somewhat flat. The last huge chunk of the game also has no puzzle rooms whatsoever, relying on Decision Game puzzles to open new story scenes. 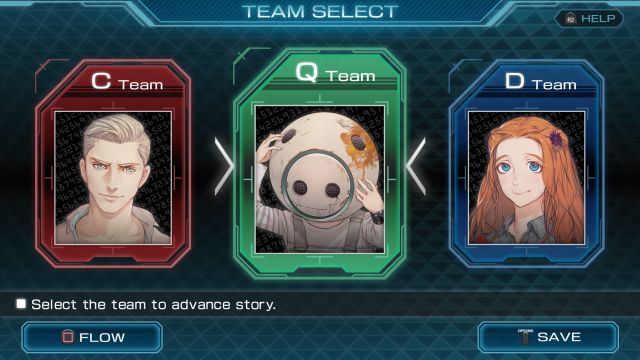 This brings us to the story, which is where the game is a bit of a letdown. The previous games in the series are famous for their mind-blowing plot twists and multiverse craziness. ZTD handles the multiverse stuff well, but lacks the truly crazy twists of the original two games. That's not to say it won't surprise you. It definitely will, just not to the extent returning fans might hope for. It's still better than the majority of visual novel stories, and an ending that's a bit disappointing is better than no ending at all (which seemed like it would be the case for a long time).

Zero Escape: Zero Time Dilemma fails to live up to the extremely high bar set by its predecessors, but it's still an adequate ending to one of the best trilogies in gaming. It's a must-play for fans of 999 and Virtue's Last Reward. New fans should avoid this one until they're ready for it, however.
4/5

If you enjoyed this Zero Escape: Zero Time Dilemma review, you're encouraged to discuss it with the author and with other members of the site's community. If you don't already have an HonestGamers account, you can sign up for one in a snap. Thank you for reading!

© 1998-2021 HonestGamers
None of the material contained within this site may be reproduced in any conceivable fashion without permission from the author(s) of said material. This site is not sponsored or endorsed by Nintendo, Sega, Sony, Microsoft, or any other such party. Zero Escape: Zero Time Dilemma is a registered trademark of its copyright holder. This site makes no claim to Zero Escape: Zero Time Dilemma, its characters, screenshots, artwork, music, or any intellectual property contained within. Opinions expressed on this site do not necessarily represent the opinion of site staff or sponsors. Staff and freelance reviews are typically written based on time spent with a retail review copy or review key for the game that is provided by its publisher.