When we talk about horror, we tend to imagine something or someone out to get us. We envisage hideous mutants, the undead, or masked boogeymen with a penchant for teenage couples and butchery. But when you stop to think about it, far scarier than any of those things is the human mind itself. After all, our own imaginations often scare us the most, tricking us into seeing figures in the corner of the room after one too many nights spent wandering Silent Hills corridors or hiding in Alien: Isolations air vents. Our brains, with their primitive survival instincts always lurking just beneath the surface, dictate how we perceive the world around us. When things are scary, its because our minds tell us they are.

But what if we couldnt trust our minds, even in the daylight? What if the thoughts, feelings and memories that we were once so sure of turned out to be completely untrue? There are surely few things scarier than being unable to distinguish between reality and that which your own mind has created. 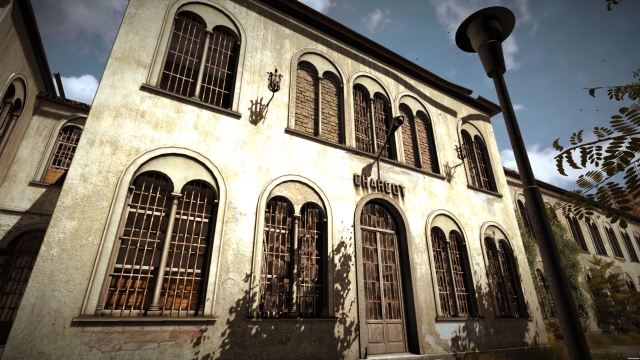 This is the kind of the dark subject matter that Italian studio LKAs The Town of Light sets out to tackle head-on. It introduces players to the cold, unfeeling world of mental care in the late 1930s, and the kind of stigmas and hardships faced by the severely ill. Inspired by true events, The Town of Light puts the player in control of Renée, a 16-year-old girl who is sent to a psychiatric hospital in Volterra, Tuscany, after she is deemed by her doctor and the local authorities to be a danger to herself and others. Rather than experiencing these events chronologically, however, we are visiting the hospital -- which really existed, and whose ruins LKA has recreated in stunning detail -- decades later, after advances in mental care were made and the law updated to dictate that patients must have their basic human rights maintained.

As Renée, we explore the hospitals ruins, examining objects left behind by its staff, reading files and letters, recalling and reenacting events that once occurred in the institutes cramped cells, windowless corridors and electric shock therapy rooms. Renée slowly pieces together her experiences as we walk, talking about the people (both benevolent and malevolent) she met there, of being placed in the slightly agitated ward following an episode involving another patient, and of the way that the staff, seemingly at a loss for what else to do with them, would plunge patients into darkness until their screams and wails had ceased. 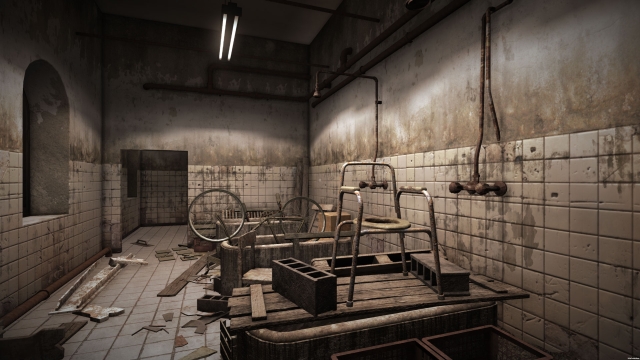 Later, Renée questions why her mother (who she discusses frequently) never visited her, attempting to find answers among the piles of undelivered letters and bundles of patients belongings that were taken from them upon their admission to the hospital. Its compelling subject matter from start to finish, accompanied by beautifully drawn (albeit disturbing) animated cutscenes. These depict the more harrowing scenes that took place during the patient's time at the facility, and also show the kind of experimental treatments that, ironically, wouldnt feel out of place in a horror movie today.

Sadly, however, The Town of Lights gameplay never quite manages to keep pace with its emotive plot and disturbing subject matter. Movement is painfully slow from start to finish. Even the simple act of opening a window, door, or drawer is often hampered because (though the protagonist has no actual body to speak of) the game decides you are standing too close. To make matters worse, Renées (perhaps intentionally) disjointed narration often makes it difficult to tell exactly where you should be going next in order to further the story, resulting in long stretches of play time that are spent trudging up and down the same corridors, not so much horrified as bored. Add to the mix the limited, repeating sound effects and the kind of cumbersome controls that come from porting a game designed for a keyboard and mouse to console, and the end result is a game that, sadly, many will give up on before they ever see the credits roll.

There are without a doubt flashes of brilliance here, such as the stomach-churning moment when an imposing male guard exploits Renées love of her childhood doll to lure her away from her fellow patients, or when a previously unoccupied room is suddenly filled with twisted, naked figures. The latter scenes especially are the stuff of real nightmares. But these are all too often separated by prolonged periods of emptiness, of clicking on anything and everything in an effort to start the next chapter and learn more about what happened to this tortured young soul. 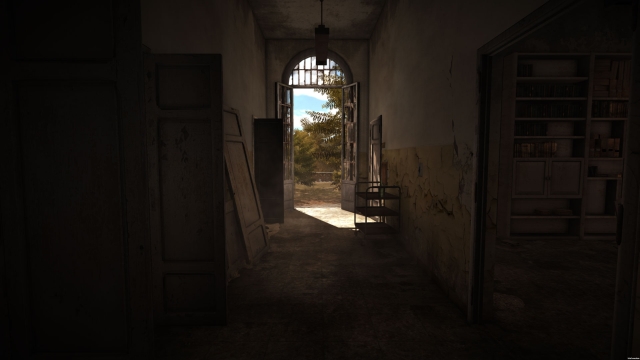 No one enjoys having their hand held by a game from start to finish. But equally, one of the greatest crimes a narrative-based outing like this one can commit is to hinder the players progression with slow pacing and scant signposting. Perhaps, with a little less wandering or with a touch more guidance, The Town of Light would have been able to hold my attention from start to finish, but the truth is that by the end of my third hour with the game, I was more than ready for it to end.

The Town of Light is a difficult game to sum up neatly. Its a beautiful, visceral, yet awkward outing that I neither want to recommend nor do a disservice by advising fans of the genre to avoid. LKAs decision to tackle such challenging subject matter is admirable, and Renées story will definitely leave a mark on those who see it through to its conclusion. Doing so, however, will undoubtedly require some perseverance -- and perhaps a little bit of guesswork -- on the part of the player.

If you enjoyed this The Town of Light review, you're encouraged to discuss it with the author and with other members of the site's community. If you don't already have an HonestGamers account, you can sign up for one in a snap. Thank you for reading!

© 1998-2021 HonestGamers
None of the material contained within this site may be reproduced in any conceivable fashion without permission from the author(s) of said material. This site is not sponsored or endorsed by Nintendo, Sega, Sony, Microsoft, or any other such party. The Town of Light is a registered trademark of its copyright holder. This site makes no claim to The Town of Light, its characters, screenshots, artwork, music, or any intellectual property contained within. Opinions expressed on this site do not necessarily represent the opinion of site staff or sponsors. Staff and freelance reviews are typically written based on time spent with a retail review copy or review key for the game that is provided by its publisher.