I listened to the market keeper and her petulant request with mild annoyance. I had gained sentience mere hours ago, then stumbled around the town where I was reborn, desperately seeking answers to significant questions. Who was I? What was I? Why could I remember only being thrown from the sky to land a short time later in a little pile of agony? The market keeper told me she had some answers, but before she would share them, she needed something from me. Of course she did. Everyone did. Some little fetch quest or a personal errand always needed doing, because I had seemingly landed in a cornucopia of tight-lipped, lazy slackers. So I was reluctant, but resigned. I would do her donkey work.

She told me there was a boy waiting at the top of some nearby stairs who was a bit unhappy, and that I should do something about it.

I narrowed my eyes, muttered under my breath and stalked off to complete this mundane task. I get that Torment is supposed to be the spiritual successor to the hallowed Planescape (made flagrantly clear by the amount of times you update your journal), and I understand that littering side quests throughout is a staple of the genre. Hell, I even appreciate that. The chance to explore off the beaten track often adds to the games overall world, provides pockets of hidden context or otherwise unglimpsed depth. But I wasnt about to do any of that. Someone was having a bad day, and I was going to ruffle their hair a bit, I guess.

Except it wasnt that. It wasnt that at all. The boy was a mutant, which was far from unusual by itself, but he also was a particularly weak, ugly mutant who was furious with the world for his shortcomings. Hed fled from the rest of his people who had scraped a miserable existence in the underbelly of the city, and now his goal was to live topside and claw together enough money to change his fate. He stood outside an enhancement store with a bag of coin years in the earning. Hed saved religiously for the cosmetic surgery he was convinced would change his life, but he was torn. He could drastically alter his looks so he would no longer be ridiculed, or he could implant retractable blades in his arms so his could retaliate against his tormentors instead. It was a reasonable sum of money; a member of my party suggested it would be better used by a group of adventurers like ourselves. It was an option, but not one that sat well with me. 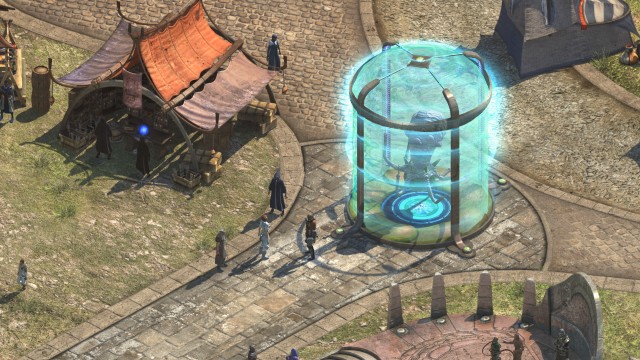 I spoke with the boy for a time, learning more about him and his situation, tricking or pestering information from him when he wasnt willing to share. I had options aplenty. Assuming I didnt rob him blind, I could shepherd him towards either choice, or even give him the money for one of the procedures myself. I didnt do so. Instead, I ventured into the underbelly to try and locate his lost clan. They were not doing so well, but what was left remembered the boy fondly. Perhaps another option would be to convince him to return home and see if his small pile of moderate wealth could help the people he had left behind.

I picked away at the options available to me and sought new information that might sway my choice. It was only after I had made my call and looked back on all the little changes this had put into motion, the impact such a seemingly small request, that I realised theres rarely a small decision to make in Torment. People lived and died off the unfurling of this one choice; other quests and the actions other people took were altered for better and worse. Change ticked away in the background.

Such moments are when Torment runs at the top of its game. Though its not afraid to lore dump on people who seek such things, the adventure occupies a world thats bigger than your unnamed protagonist and will just carry on around you with or without your understanding. Ignore some quests for too long and they will progress without your input, eventually resolving themselves at times and leaving you without reward and experience. Or perhaps youll undertake an action that seemed to be for the best and suffer the consequences when forced to view your solution from another angle. Theres talk of a mole-like monster hiding in the dumps that keeps burrowing under peoples houses, prompting them to fatally collapse on their occupants. Surely just killing off that pest would benefit everyone, so why not gather up the flaming torches and pitchforks? 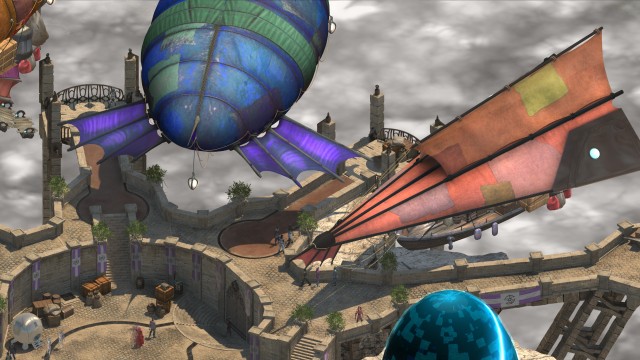 Because theres rarely just black and white in Torment; there are varied shades of grey. And there is always another solution available for people who look for them. Though the game has a reasonable combat engine, you can avoid the vast majority of conflicts by charming, lying, bluffing or threatening your way out of most situations. Even when a battle does break out, you often have more options than just putting everything to sword. A relic left by an advanced civilisation long dead has its basement filled with hostile AI drones you could probably bash to bits if you wanted. Or, you could try creeping around the sides and purging command consoles to restore them to default setting. Because even in the realms of high fantasy, the answer to almost any IT issue is to turn it off and on again.

I appreciate moments like these, because if Torment has one big failing, its the hopelessly drawn out and somewhat clumsy battles that always seem to take three times longer than they should. In the combat system's defence, theres a lot to fit in; each character has a healthy range of battle options, and the equipping of ciphers which act like (often) one-shot special attacks. Effects range from the commonplace, like blasts and stuns, to the more remarkable, such as when a target is forced to walk around muttering randomly to itself for six turns while it drops a trail of money. Some characters can hide from sight to escape the enemys attention, or to set up devastating ambush attacks. Others have skill sets involving grappling hooks, short-range teleportation or especially harsh words. 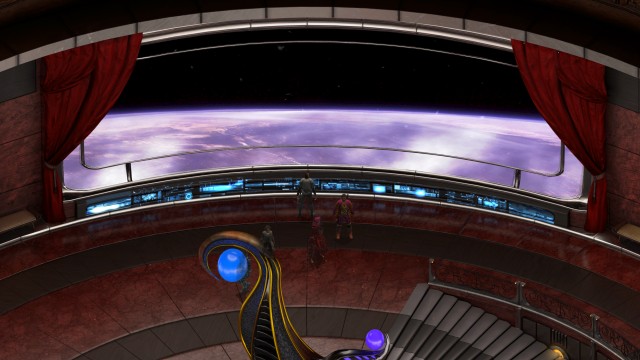 But the world itself is Torment big star, shuffling in alien creatures from different dimensions or sentient beings of gleaming liquid metal as the norm because why shouldnt they be? Why shouldnt that fountain shoot gibbering eel-fish instead of water? Why shouldnt there be a centuries-old would-be warlord, cursed with immortality and now forced to stand in a corner as punishment for a war waged so long ago, its faded from memory? Why shouldnt some of the artifices you find be ridiculously useless knick-knacks from a race of people history insists never existed? Why shouldnt someones half-remembered guilt of an age-old atrocity be manifested in your own mind to offer slight stat buffs?

The strength of the world is that you dont have to understand every nuance of every oddity you unearth or the deep backstory of every race or injustice you stumble upon. Its very showing that the game is based off a mountain of preexisting material in Monte Cooks Numenera RPG universe, in the way it hints and revels more in suggested meaning than painfully spelt out exposition. Its a tale of someone trying to discover their story in a remarkable world, rather than the world existing just to advance a particular narrative. Theres a large divide between the two; Torment is a very clear and remarkable example of this.

If you enjoyed this Torment: Tides of Numenera review, you're encouraged to discuss it with the author and with other members of the site's community. If you don't already have an HonestGamers account, you can sign up for one in a snap. Thank you for reading!

© 1998-2021 HonestGamers
None of the material contained within this site may be reproduced in any conceivable fashion without permission from the author(s) of said material. This site is not sponsored or endorsed by Nintendo, Sega, Sony, Microsoft, or any other such party. Torment: Tides of Numenera is a registered trademark of its copyright holder. This site makes no claim to Torment: Tides of Numenera, its characters, screenshots, artwork, music, or any intellectual property contained within. Opinions expressed on this site do not necessarily represent the opinion of site staff or sponsors. Staff and freelance reviews are typically written based on time spent with a retail review copy or review key for the game that is provided by its publisher.