If I had to choose just one word to describe The Little Acre, it would probably be "charming." As they say, though, charm will only get you so far.

The Little Acre, an old school point-and-click adventure from Dublin-based Pewter Games Studios, tells the story of a man named Aidan and his boisterous, adventure-loving daughter, Lily. The game is set in rural Ireland in the 1950s, and has the player direct both Aidan and Lily at separate intervals. The heroes must explore their surroundings and solve simple puzzles in order to track down Aidans father, a prolific inventor who recently went missing. Its a refreshingly cheery setting for a game, and its nice to hear Irish voices getting a bit more air time in an industry where North American accents are almost the default option. 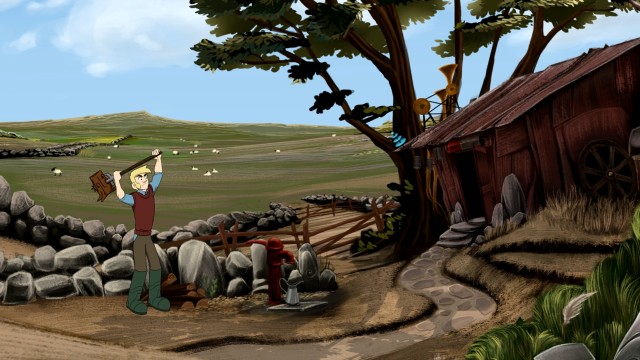 What really sets The Little Acre apart from the competition (besides the fact that its executive producer is none other than Broken Sword's Charles Cecil) is the game's hand-drawn visual design. Every movement is painstakingly animated, frame by frame. The end result is a production that positively oozes character, with visuals that are on par with those featured in an old-school Disney animated feature. There also are some superbly crafted comic moments, as Lily crashes and tumbles about, blissfully unaware that her faithful dog, Dougal, is constantly having to put out the fires she leaves in her wake (and keep her from breaking her neck). 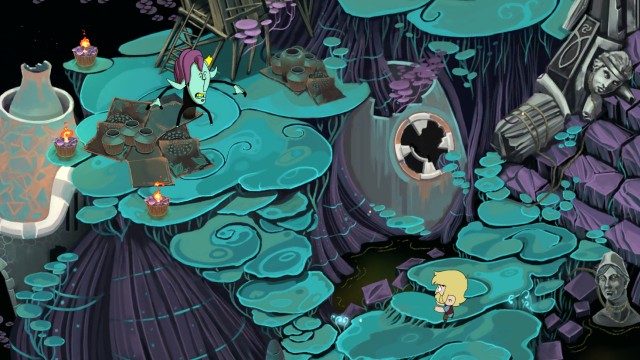 Sadly, when its gorgeous prerecorded animations arent playing, character movement in The Little Acre can be maddeningly slow. In early sections of the game especially, Aidan takes the better part of 10 seconds to walk across a single room, his arms swinging lethargically as he saunters along with all the urgency of Scooby-Doos Shaggy facing the wrong way on a treadmill. Step outside the pairs beautifully illustrated cottage and youre forced to traverse a set of invisible paths at a similar speed, your character's size awkwardly scaling up or down to give the impression of distance. It all feels strangely at odds with the rest of the games first-class presentation.

Those playing on console, too, should be warned that although Pewter Games has made an effort to speed up object manipulation by labelling them with the controllers various face buttons, using the cursor to move an item around the screen still feels painfully clumsy. Its a common problem with console-based point-and-clicks, admittedly, since controllers and pointers were never really meant to coexist, but the option to increase the speed of the cursor might have helped make movement a little less laborious. 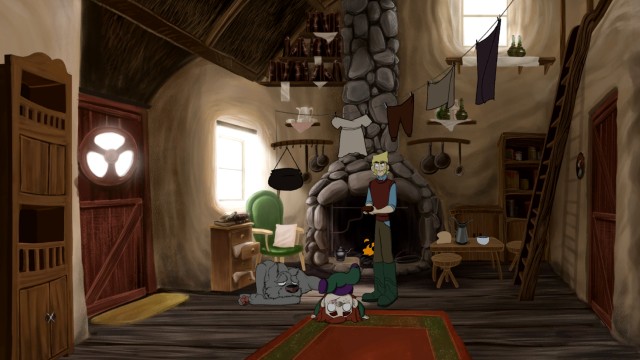 What really lets The Little Acre down, though, is not its occasionally slow movement or slightly clunky console controls. Rather, its the games brevity. Clocking in at just over two hours, with the majority of its puzzles being straightforward enough that you can probably bluff your way through even if the proper solution is not immediately apparent, the game doesn't have time to properly develop its story and gameplay. The developers make no secret of the fact that The Little Acre is intended for everyone--not just fans of the genre--to enjoy from start to finish. But the story feels frustratingly shallow compared to the rich art style, and the game only really allows its characters to come into their own during the last half-hour or so.

It transpires, for instance, that Aidans daughter, Lily, has decided to set up a stall beside the road that passes her family home, complete with rickety, hand-painted sign and an array of goods for, seemingly, the discerning adventurer on a budget. The moment is a great little addition and hints at a rich backstory, but Lilys shop is seen for barely a minute of gameplay before were hurried on, with very little actually happening there. Similarly, in the opening scenes, much is made of the fact that same character hates to have her sleep disturbed, with father Aidan performing all kinds of acrobatics in the morning so that he can dress without waking her. But we seldom see evidence of Lilys apparent ferocity in the story that unfolds. Her character, while charming to behold with her bold movements and occasional slapstick gems (the moment when she places a note onto her poor dogs face had me actually guffawing), never really develops beyond a few memorable lines of dialogue. There are hints at a much deeper story here, of genuine love and loss and adventures past, but just as the game starts to get going, the credits roll. Lily and her father stumble out of their adventure no sooner than theyve stumbled into it. 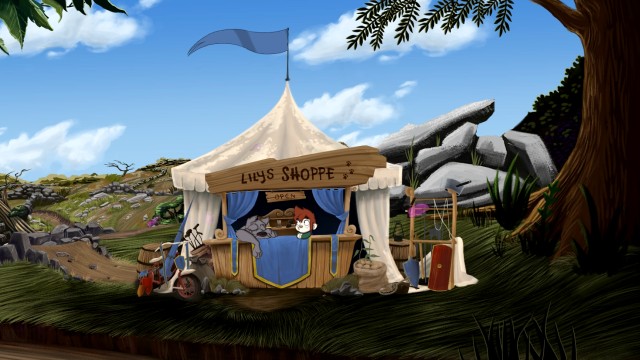 Theres a wealth of opportunity here, with potential for some real comic mishaps and future adventures with Aidan, Lily and their friends, so I genuinely hope that this isnt the last we see of Pewter Games and the delightful cast. With its short length and mostly straightforward puzzles, however, even The Little Acre's beautiful animation and warm voice acting cant quite justify the games $12.99 (£9.99 in the UK) asking price, unless youre absolutely desperate for another slice of old school point-and-click charm.

If you enjoyed this The Little Acre review, you're encouraged to discuss it with the author and with other members of the site's community. If you don't already have an HonestGamers account, you can sign up for one in a snap. Thank you for reading!

© 1998-2021 HonestGamers
None of the material contained within this site may be reproduced in any conceivable fashion without permission from the author(s) of said material. This site is not sponsored or endorsed by Nintendo, Sega, Sony, Microsoft, or any other such party. The Little Acre is a registered trademark of its copyright holder. This site makes no claim to The Little Acre, its characters, screenshots, artwork, music, or any intellectual property contained within. Opinions expressed on this site do not necessarily represent the opinion of site staff or sponsors. Staff and freelance reviews are typically written based on time spent with a retail review copy or review key for the game that is provided by its publisher.