As a fan of hidden object games Ive found myself playing many titles and experiencing a lot of the same elements. While I enjoy the genre sometimes they become repetitive and even too easy and dull. Then I played New York Mysteries: The Lantern of Souls and was treated to a breath of fresh air, and reminded how much I enjoyed the previous two titles in this series. This game mixes old time New York with supernatural elements and a bit of detective work. If you want something different that also has a nice challenge to it then this may be the game for you.

Once again we play as Laura James, a smart and sassy reporter who also has ties to a secret organization that handles supernatural events. Youre investigating what seems to be a basic murder case, however there are a few elements that dont seem very normal. It doesnt take long for Laura to be dragged into a sinister story that is beyond what the average police officer can handle. The story is full of twists and turns involving murder, ghosts and even Nazis! I found the story to be very engaging, however would have liked to see more of New York city. The locations are mainly indoors and could be anywhere in the world aside from them specifically telling you This is the Metropolitan Museum of Art. The characters are interesting, Laura comes off as a smart and capable female lead. The villain of the story could have been fleshed out better but I understood his motives nonetheless. 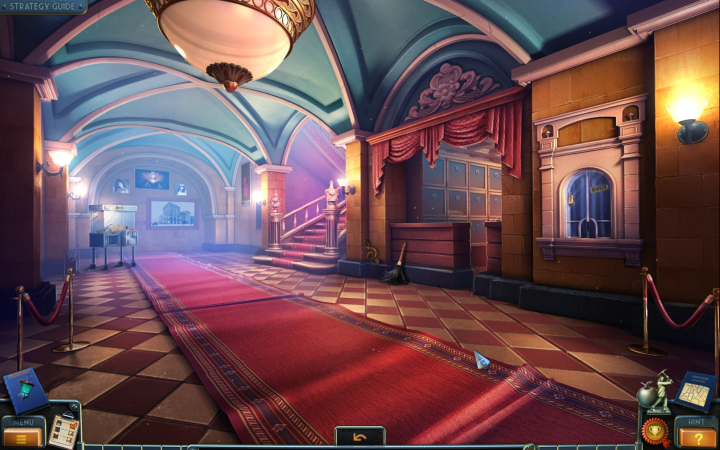 The game is a hidden object game, however, this is where I take issue with the game. Everything plays well, dont get me wrong, but it seems more like one big puzzle game. The hidden object scenes only offer shadows to help you find the objects, and then the object is used to perform a task, and then you repeat this process until you find the one item you need. There are locks to open and puzzles to solve in almost every hidden object scene. While this isnt bad, it also wasnt a favorite for me. I would not have minded scenes like this mixed in with other types of hidden object scenes, especially the more traditional kind where you look in what seems to be a mess for items. Granted, the approach this game took is much more realistic but it still became a little repetitive. Other than that small issue, the gameplay is great. The puzzles are fun and usually not too much of a challenge. You have an interactive inventory where sometimes you have to create new items by piece old ones together. You also have a map that allows you to teleport which is important. There are three levels of difficulty, though if youre after Steam achievements one is to finish the game on the hardest difficulty.

Aesthetically speaking, everything is done well here. Despite being about the supernatural, the game is set in real world New York City in the 1940s and the visuals in the game reflect that. Things are a bit on the gritty side so dont expect bright whimsical colors. The animations are done well and the characters look emotive and life like. The game also is fully voice acted and this is done well. I can only think of one character I wasnt keen on but they were a very minor character so it wasnt an issue. I would have liked Laura to have spoken more as well since a lot of the time it just seemed like she was being spoken to, not having conversations. The music in the game is fine, nothing amazing but it works well. 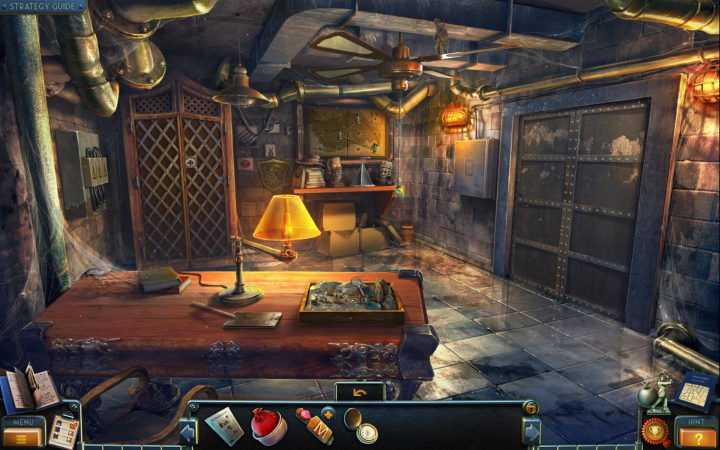 I was very eager to play this game and despite a few nitpicks I was never disappointed. I enjoyed the hours I put into this, more than I usually do for a hidden object game. This title also has a bonus chapter which ties up a few loose ends as well as bonus puzzles to play. There are a lot of collectables to find in the main part of the game and if you play this title on Steam then youll enjoy trying to collect all twenty of the achievements as well as the trading cards. Im a native New Yorker so I have a fondness for New York Mysteries: The Lantern of Souls and the previous titles in the series. Lucky for me, and you if you purchase this game, its also a really fun gaming experience.

If you enjoyed this New York Mysteries: The Lantern of Souls review, you're encouraged to discuss it with the author and with other members of the site's community. If you don't already have an HonestGamers account, you can sign up for one in a snap. Thank you for reading!

© 1998-2021 HonestGamers
None of the material contained within this site may be reproduced in any conceivable fashion without permission from the author(s) of said material. This site is not sponsored or endorsed by Nintendo, Sega, Sony, Microsoft, or any other such party. New York Mysteries: The Lantern of Souls is a registered trademark of its copyright holder. This site makes no claim to New York Mysteries: The Lantern of Souls, its characters, screenshots, artwork, music, or any intellectual property contained within. Opinions expressed on this site do not necessarily represent the opinion of site staff or sponsors. Staff and freelance reviews are typically written based on time spent with a retail review copy or review key for the game that is provided by its publisher.