It probably says more about me than Life Is Strange that, immediately after beating the game, I got online to complain about the things I didnt like with the person who nagged me wholesale into playing it. The games not perfect; far from it  there are definitely some pacing issues, and it sometimes struggles to marry its gameplay mechanics to the laudably heavy story it seeks to tell. It boasts serviceable graphics that sometimes just plain give up on lip-syncing, and offers puzzles that often feel more obligatory than they do challenging. Even then, it repeatedly falls back on tired genre tropes, like having to find passcodes, so constantly that it eventually lampoons its reliance on them in the final episode.

The game's episodic nature both helps and hurts it. Some chapters are predictably stronger than others, and the middle is infested with busy-work and fluff that is bookended by the tales most effective outings. This creates bizarre emotional turbulence, offering hard-hitting highs and lows unfortunately softened by a long period of begrudging indifference. But the game's ability to shank you in the heart  and the inventive ways it vies for more devastating angles to really drive the blade home  is far from understated. 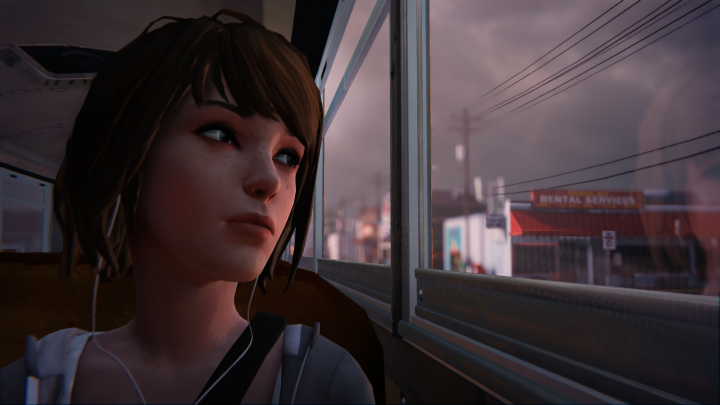 Life Is Strange tells loosely the story of Max, a socially awkward teenager in her first year of college who has ambitions of becoming a photographer. To this end, she moves back to the town she left some four years ago, to attend a university with a famous photographer teacher on staff. Here, she experiences typical teenage girl in college drama; shes a little too introverted to be part of the cool crowd, so she carves a quiet corner for herself among the hipsters and the nerds. Shes more or less unnoticed, save for the odd bout of casual bullying, but tells herself that shes mostly okay with wandering the tightly packed corridors of her school without her peers paying her much heed. Her biggest concerns are what she plans to do about her coursework and what music she should play next on her MP3 player. Thats until she wanders into the bathroom, watches a girl get shot and discovers that she has the ability to rewind time.

This unexpected discovery completely shapes Life Is Strange on every level. Max now has the power to spin back time and stop the girl from copping a bullet to the gut. But she can also use it for more mundane things. If shes embarrassed that she cant answer a question in her art lecture, she can just wait for a more well-informed student to give the correct response, jump back in time and give that answer herself. The games quick to let you get used to this feeling of invulnerability; you can test out all the available replies to any conversation and, if you dont like where its going, rewind and try again. Or even learn a little more about the topic, then spin back and pick an entirely new response. With the really hard questions that you know are going to eventually start creeping into the plot, being able to explore all the verbal pathways to see how they turn out is empowering. It constantly feels like youre hedging your bets; going into each choice significantly more informed than perhaps you should be. 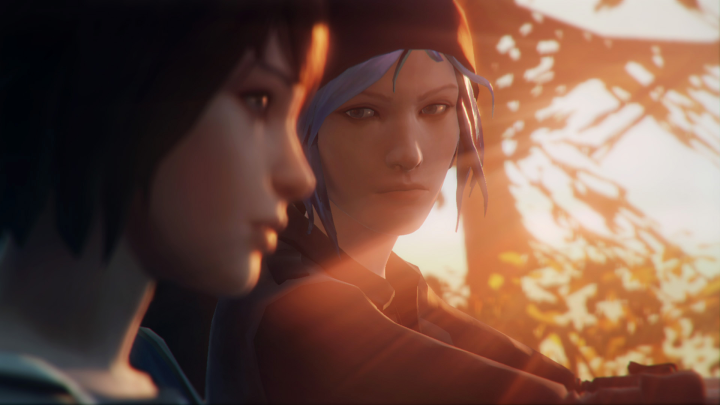 So, when the game suddenly takes that ability away from you at key points, the simple act of making a choice suddenly feels like a mammoth pitfall. Perhaps representing the apex of Life Is Strange, the end of the second episode does just that, robbing you of your ability to feel out conversations and forcing you to slowly plot out your own course. Its significant, because for the first time since the fated trip to the bathroom, theres more at stake than just your social or academic standing. And theres a very clear difference between success and failure. Not getting this right will prove to have far reaching consequences until the end of the game.

What really made this issue feel even more significant is how reliant it is on your level of personal investment in the world of Life Is Strange. The game forces you to connect with people through organic observation you might glean from an offhanded comment they once made, or from something you might see on the wall of their dorm or on their classroom desk. Finding these things are not pivotal to the plot; theyre easily missed and, if you dont want to spend the time to learn about the world, youll likely find yourself under-equipped should you have to sway someone. Sometimes its not a big deal: the difference between someone picking on Max for a bit or cutting her some slack. Sometimes, it means closing the door on someone permanently, and losing that resource for the rest of the game. 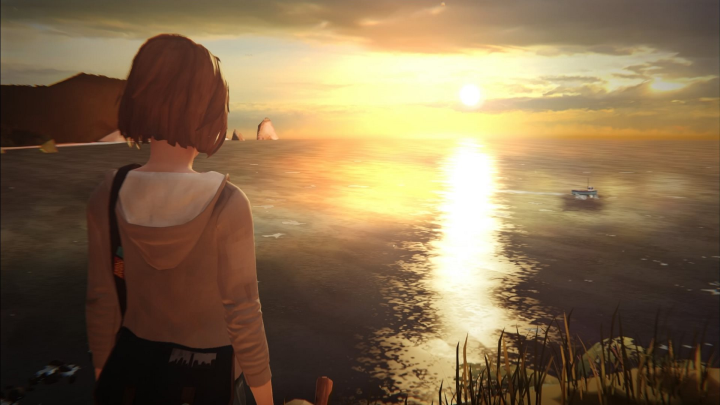 I didnt mind spending that time to become still more invested, because I was quickly suckered into Maxs story and found myself being slowly dragged down the rabbit hole with her. Though her bizarre power remain the crux of the tale, Dontnods schoolgirl story isnt afraid of reaching out and poking around a little. Though a Noir tale at heart, about investigating some of the more sinister undercurrents buried beneath academia, theres still enough time to focus on more mundane topics such as Maxs growing confidence and her desire to connect with friends old and new.

Even the briefest passing character isnt just some lazy cardboard teenage trope. They each have their own concerns and worries that can pique your interest enough that you search them out and jump around conversations to learn more about them. Its worrying how comfortably I slipped into the shoes of a shy teenage hipster-wannabe girl. I now know that if I had some basic mastery over time itself, I actually wouldnt be too bad at it.

If you enjoyed this Life is Strange review, you're encouraged to discuss it with the author and with other members of the site's community. If you don't already have an HonestGamers account, you can sign up for one in a snap. Thank you for reading!

© 1998-2021 HonestGamers
None of the material contained within this site may be reproduced in any conceivable fashion without permission from the author(s) of said material. This site is not sponsored or endorsed by Nintendo, Sega, Sony, Microsoft, or any other such party. Life is Strange is a registered trademark of its copyright holder. This site makes no claim to Life is Strange, its characters, screenshots, artwork, music, or any intellectual property contained within. Opinions expressed on this site do not necessarily represent the opinion of site staff or sponsors. Staff and freelance reviews are typically written based on time spent with a retail review copy or review key for the game that is provided by its publisher.